“Spiderman: Homecoming” Isn’t A Nasty Bug Bite But It May Not Be Quite What You Expect

Home Feature “Spiderman: Homecoming” Isn’t A Nasty Bug Bite But It May Not Be Quite What You Expect 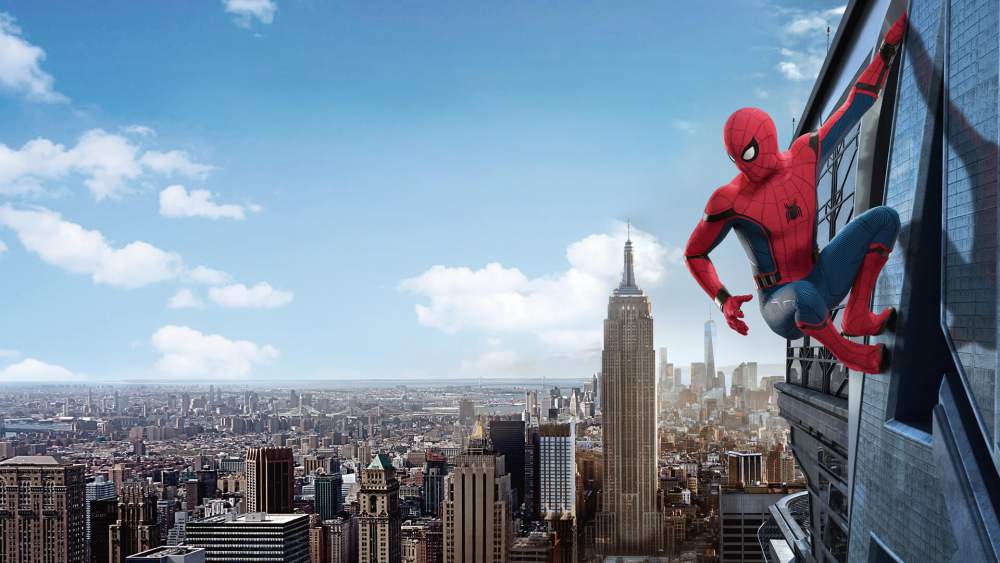 “Spiderman: Homecoming” Isn’t A Nasty Bug Bite But It May Not Be Quite What You Expect

Have you ever walked into a diner when you’re just starving? You look on the menu and you see that you can order a crock of French onion soup? Nothing appeals to you more, and you ask your waiter if it comes with lots of hot melted cheese on the sides? He smiles, and answers in the affirmative. But when he brings it out it’s in fact a tureen of goulash.

Famished as you are, you stick your spoon in and begin chowing down. It turns out that it’s quite good: meaty and rich. It isn’t really what you ordered though.

The new movie Spiderman: Homecoming is a bit like that. You’ll buy a ticket, expecting a story about an acned teen named Peter Parker and his love for Mary Jane and his battle with baddies.  What you’ll get isn’t what you expected.

Ironman (Robert Downey, Jr.) is central to the plot, and his assistant Happy Hogan (Jon Favreau) seems to be in every other scene. Captain America (Chris Evans) also pops up continually while Ironman’s love interest, Pepper Potts (Gwyneth Paltrow), sticks her head in for a cameo. There’s even an important storyline involving a relocation of the Avengers’ headquarters building. This branding carries on to the Avengers’ logo, which is as recurrent as are our President’s tweets. In fact, in this version of Spiderman even Peter Parker’s uniform turns out to be a creation of the Avengers.

Yet, like that bowl of goulash, there is plenty that you may find welcome, nourishing and tasty. That starts with the cast, which is made up of actors who seem like real teenagers — not thirty-somethings covering up their receding hairlines. Although Tom Holland is twenty-one and British, he is believable as the fifteen year-old Spidey, and so is his best friend Ned (Jacob Batalon). Marisa Tomei makes an appealing Aunt May, and as she’s supposed to be the sister of Peter’s deceased mother, the comely fifty-two year old is also a more credible age than previous Aunt Mays were.

Perhaps best of all is Michael Keaton in the part of the film’s villain, Adrian Toomes, a contractor who turns to crime when he is laid off from a clean-up job that follows an alien invasion.

This set-up — an alien invasion followed by the cheating of a “little guy” who turns to a supervillain’s super-larceny — is typical of the movie. This is a comic book without shame. There is a wholesale lack of interest in plausibility that extends from the largest plot points to smaller bits of absurdity, like a large, present-day New York City public high school that punishes missed classes with detention, and permits suburban students to attend the school. (How exactly does that happen?)

Spiderman: Homecoming makes up for these failings with its uplifting, tuneful score, penned by Lost composer Michael Giaochino, and in the crisp efficiency of its storytelling. That keeps the unfolding of the tale consistently ahead of the audience, meaning that its crucial twists and turns really are surprising and unexpected. (A heads-up here: don’t leave before the final credits have finished as there’s an intriguing revelation in the middle of the end titles.)

What this movie does not offer is an “origins” story. Perhaps wisely, the moviemakers seem to have calculated that the earlier films in the series provided enough of that. Thus, although we have a new actor inhabiting the title role, the movie starts off with our Peter Parker already in possession of his arachnid superpowers. The movie’s effortful political correctness then turns up with its choice of African-American actress Laura Harrier as Parker’s would-be girlfriend.

The tone of this latest installment is light, and director Jon Watts has mostly successfully stitched together the work of six credited writers. (One wonders how many uncredited script doctors were employed during the course of the film’s development.) If Spiderman: Homecoming is not actually a return to familiar terrain it is a welcome effort nonetheless.