Netflix’s “Gypsy” Shows How Not to Adult

Home Feature Netflix’s “Gypsy” Shows How Not to Adult 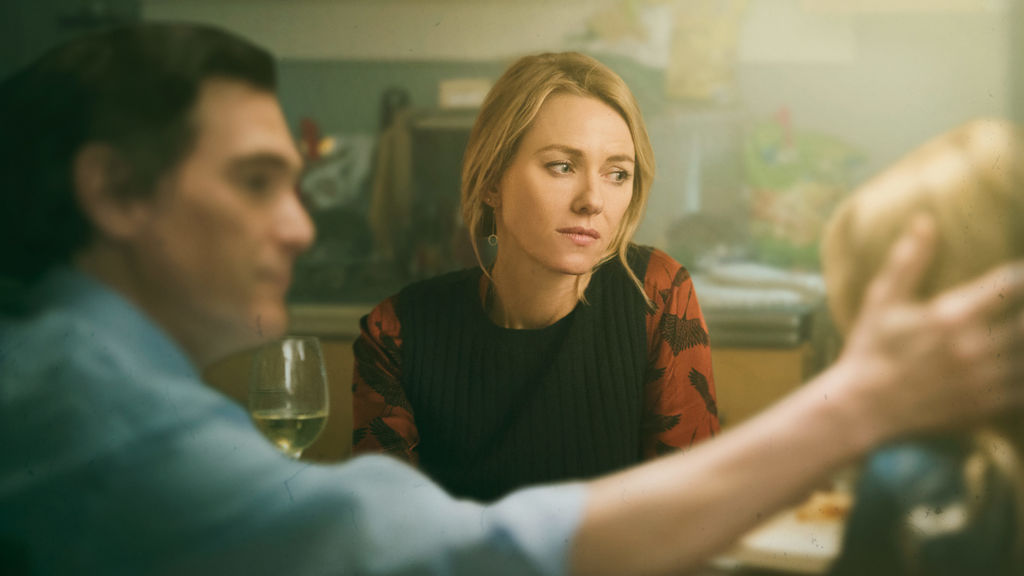 Netflix’s “Gypsy” Shows How Not to Adult

We’ve all known since we were three that we’re supposed to learn from our mistakes. But the underrated second part to that idea is that we can, and should, learn from other people’s mistakes. It’s one of the reasons we read about history. But we can learn from our friends’ mistakes too, and we can learn from the mistakes of fictional characters. That’s why literature and film are so valuable, and why Netflix’s tech- and market-driven production capability is so awesome.

Netflix’s new original series Gypsy, starring Naomi Watts and Billy Crudup, came out a couple weeks ago, and it’s one of those shows that’s almost too real for comfort. It’s extreme enough to make you think “Nah, I wouldn’t go that far,” but its premise is definitely relatable: a woman decides she’s bored with her life, so she starts chasing excitement. And there’s nothing wrong with that. But then – no spoilers, this all comes out in the first ten minutes of the first episode, not to mention the trailer – she takes it too far, and her life turns into a whirlpool of lies that drags her down along with the rest of the people in her life. It’s emotionally and psychologically exciting to watch, but nothing I’d want to see happen in real life.

Rather than making the same mistakes and ruining our own lives, here’s some life advice courtesy of Gypsy:

1. Empathy is so underrated. We all come from different backgrounds and we all have different experiences, but as Naomi Watts’s character says in the very beginning of the show, “Underneath the suits, behind closed doors, we’re all ruled by the same desires.” The rest of her monologue takes that idea down a dark road, but there’s a positive side to it too. Since we’re all operating on the same foundation, it means we can understand each other better than we may realize.

Empathy is great for friendships and professional relationships with coworkers, obviously, but it’s also necessary for almost every job imaginable, even beyond the obvious therapist and customer service jobs: it’s also needed in marketing, writing, politics, medicine, event planning, accounting… Understanding the fundamentals of why people do what they do informs our own decisions and reactions.

2. Remember thinking in high school, “I can’t wait to get out of here so I don’t have to deal with these people I don’t like anymore?” Remember having that exact same thought again in college? And again in your first job? And again in your second one? It’s going to be like that forever (sorry). At some point though, you’re going to stop being able to burn your bridges in emotional outbursts because the people you don’t like are going to be very important to your career, your significant other’s career, or your kids.

Empathy is great, but let’s be real – sometimes empathizing with someone isn’t enough to make up for that annoying thing they do, or that opinion they have, or that mean thing they said to you and never apologized for. It’s ok to not be friends with everyone. But there is a gray area of civility that exists where you can dislike a person but maintain the ability to be professional, to be nice, to hide your dislike for the sake of yourself or someone else. Social capital is a real thing, and that gray area is an important place to learn to navigate.

4. Rules have evolved within society, and that isn’t a bad thing. In fact, it’s a good thing. Just rules exist to liberate, not to constrict. Living “with no rules” might be fun at first, but it quickly becomes harmful, exhausting, and even dangerous.

5. Someday, you will probably wake up and realize that you’re no longer excited about the life you’ve built. It’ll seem boring, restrictive, unfulfilling, i.e., the classic “mid-life crisis.” And the quarter-life crisis. And probably a few others. But even though we describe these as “crises,” they’re not necessarily bad. They can be extremely beneficial, productive even. They can make you happier. One of my relatives found out he loves plaid golf pants thanks to his mid-life crisis (no joke).

But even if your crisis is like something in Gypsy and involves something more serious than pants, it’s fine. It is what you make of it. What’s not ok is to take that realization and use it as a reason to throw everyone involved in that life under the bus in order to make yourself feel good, because then they will be sad and angry and probably throw you under the bus right back. And then you won’t be happy.

7. Everyone has different aspects of their personalities and lives that they pick and choose to show according to where they are and who they’re with, and that’s appropriate. It would be weird if you told your coworker as much as you told your best friend from college, and it would be rude if you told your significant other only as much as you’d tell your boss. But maybe don’t develop those different aspects of yourself so fully that they become separate people. Fracturing yourself into different people is not a healthy idea.

8. There is no such thing as secrets. Tell one person something, and that’s it. We’ve heard that before. But the part we don’t hear is that you can’t even keep your own secrets. Not forever. Not even for very long. There’s something in all of us, another shared element in our nature, that makes it impossible not to talk to another person about things we want to or should keep hidden. At some point, the truth will out.

The majority of Gypsy is a study of what happens when a bad decision is taken too far, and how layered, complex, and self-destructive lies can become. The season’s ending is a bit abrupt, but it’s only the beginning, and the final frenzy leaves you with a sense that things must get better from there. Hopefully season two carries that forward and shows us that even if you do end up making bad decisions, it isn’t the end of the world.