Filmmaker Documents Quest by Victims of ISIS for Justice 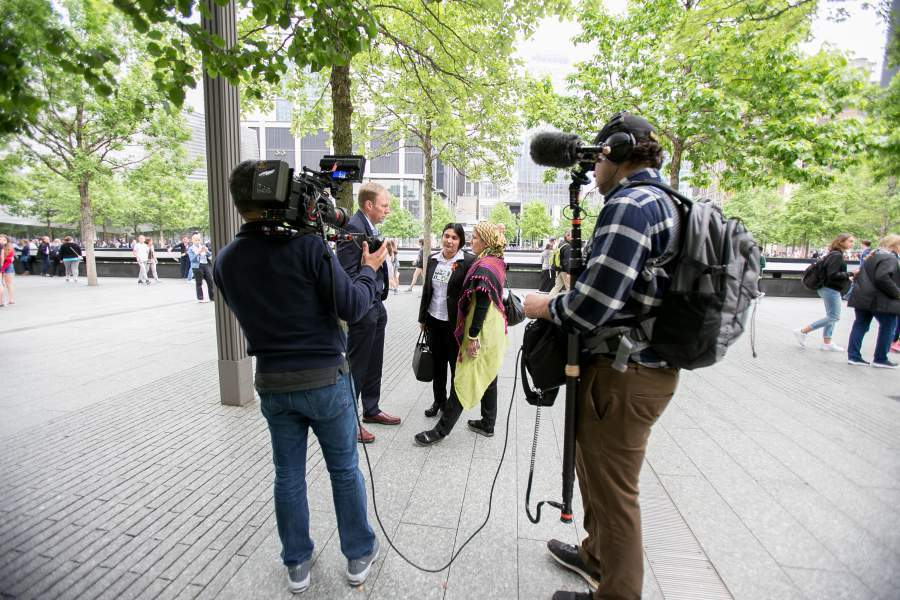 Filmmaker Documents Quest by Victims of ISIS for Justice

I learned of filmmaker and human rights activist Jason Jones’ new project in the usual way (for Jason): He called me from the front lines where he was already making it.

I mean “front lines” quite literally. He told me on the crackling phone call that he was five or ten miles, max, from ISIS-controlled territory in Iraq. It was just him, a few Kurdish militiamen, and a camera guy. They were driving from ruined town to town, from makeshift refugee camps to blasted shells of churches. He was talking to women, children, bishops, pastors, fathers who’d lost their families, and volunteer freedom fighters. On a shoestring and a bunch of rapidly maxing out credit cards, he was determined to capture the footage. “Who knows if all these people will still be alive next year?” he said. “If ISIS turns the tide.” He said he could smell the cordite from exploding IEDs.

Later on he would figure out how to pay for editing, post-production, and distribution, he promised. Now that he’s safely back in the States, Jason settled in to tell me much more about the project.

You’re a father of seven. What on earth moved you to go to one of the most dangerous regions on the planet to make a film?

Jones: What has driven me since age 17 was a passion to protect the vulnerable from violence. That started when I couldn’t protect my own daughter. So I swore then, for her sake, to fight with every fiber of my being to defend people like her: the abandoned, the forgotten, who would otherwise die in darkness.

The unborn are still treated as public enemy number one. But a close second are religious minorities in the Middle East, such as the Christians and the Yazidis.

Some might ask why you don’t concentrate your efforts closer to home. Focus on the homeless in America’s streets….

Jones: I do work with the homeless in U.S. cities. And I’ve spoken out against the abuses of capital punishment. But those causes get a great deal of attention from Americans already. I’ll give some liberals and a lot of Christians credit for taking those issues on.

But there are certain victims whom Americans really don’t want to look at. I feel especially called to put those victims’ stories in the public eye. We don’t really want to see the Planned Parenthood videos. That’s why you have judges perverting the law to try to ban them. News organizations falsely claiming that the videos were doctored. Prosecutors trying to put the journalists who made them in prison. Kamala Harris of California rode her persecution of David Daleiden all the way to the U.S. Senate.

What other victims don’t Americans want to see?

The victims of our own country’s failed foreign policy. You and I were among the few conservatives who opposed the Iraq war back in 2002. We saw that there was no plan for protecting religious minorities, or keeping that fragile country from collapsing into chaos. Sadly, that’s what happened. U.S. forces obeyed their orders to stand down, while jihadis ethnically cleansed almost a million Iraqi Christians right under our troops’ noses. 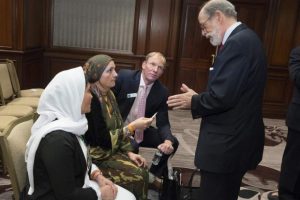 Then we opposed Obama’s reckless decision to pull out American forces and abandon Iraq to its fate. Sure enough, ISIS emerged to fill the vacuum, and launch its campaign of genocide, religious persecution, mass rape and sex trafficking — not to mention terrorism in countries around the world. We protested again when Obama went further than the looniest neoconservative fantasy, and encouraged the “Arab Spring,” which replaced thuggish but secular dictators with howling Islamist mobs from Cairo to Benghazi to Aleppo.

You and I were both vocal during the 2016 presidential campaign in opposing reckless calls for the U.S. to do to Syria what it had done to Iraq. The best thing about Donald Trump was his refusal to keep on pursuing the same policies and expect a different outcome. The U.S. is being much smarter on Syria as a result — helping the Kurds to liberate themselves, their own way and on their own terms.

This is a documentary. So what are you trying to document?

The real-world impact, in the lives of hundreds of thousands of helpless people, of careless rhetoric. Of utopian daydreams cooked up in comfortable corner offices in Washington, D.C., with no regard for real-world constraints. Of shallow breast-thumping and hollow promises.

With abortion, there’s a clear causal connection between our sex-drenched culture and dumpsters full of the parts of unborn American babies. Well the same is true of foreign policy. You can draw a bright, unbreakable line between Obama’s messianic promises and sloppy “idealist” policies — and Iraq’s burned-out villages, ISIS-run rape camps, and shallow graves full of victims young and old.

Exposing How Obama Cleared the Field for ISIS

Does the film tell a story? 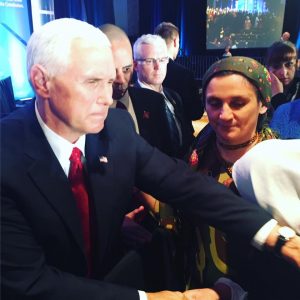 Instead of presenting a straight history lesson, we personalize it. On my visit to Iraq I met dozens of amazing people whom I’ll remember the rest of my life. Soldiers, pastors, parents…. But two really stuck out to me: A Kurdish Muslim surgeon, and a young girl whose name I can’t use — because she was a Yazidi captured by ISIS. They processed her into their computerized database of sex slaves, and tortured her for months. She finally escaped, and now she wants to tell her story. But these two women want to do something more.

When I met them in Iraq, they told me how scandalized Iraqi victims are by the fact that Barack Obama received and still holds a Nobel Peace Prize. That’s the highest international honor that exists. Yet the man who received it yawned his way through eight long years of outrages and horrors. He spoke like a prophet of peace. But his policies made the war worse. They empowered the vilest, most violent organization on earth to take over most of two countries. And that is an outrage.

So what do your Iraqi friends want to do?

They’re campaigning to get the Nobel Committee to revoke Obama’s peace prize. Who knows if they’ll make any progress? But their plan is to collect thousands of signatures, and hundreds of testimonies, from victims of Obama’s foreign policy. Then they will take them to Oslo, and present them to the Nobel Committee, maybe even the King of Sweden — who confers the prize. Imagine (Michael Moore’s breakthrough documentary) Roger and Me, if it focused not on lost auto jobs but rape camps and genocide.

What do you hope this film will achieve?

I want to help Americans understand how dangerous Islamist terrorists really are, and what we can do to help today. I hope that the film will be a powerful document of historical memory — and a powerful tool which activists, political leaders, clergy, and others can use to awaken the consciences of millions of Americans. We will record the testimonies of the most vulnerable, abandoned people on earth, and bring them to the U.S. media, the halls of Congress, and the White House.

What can SCENES readers do?

Jones: They can visit our Indiegogo page, which is how we’re crowdsourcing the film. They can give, and share it, and spread the word. We want the world to remember, for the sake of the victims today — and the people who might be victims tomorrow.