“The Mummy:” Seal The Tomb Back Up Quick!

Home Feature “The Mummy:” Seal The Tomb Back Up Quick! 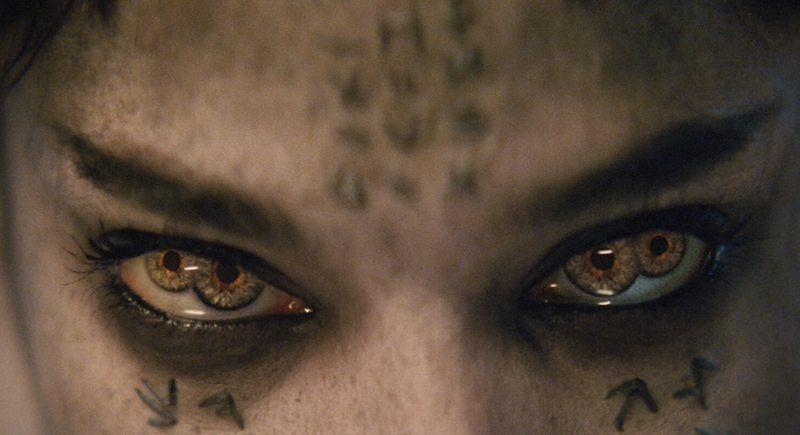 “The Mummy:” Seal The Tomb Back Up Quick!

Mummify it! Tape it up and bury it for centuries!

Yes, it’s easy to make cheap puns at the expense of the inept new remake of The Mummy, which stars Tom Cruise. In fact, it may be hard not to.

On a big screen with all its special effects greatly magnified, it’s intermittently watchable. But there’s not much to actually recommend it to anyone paying for a ticket or with something better to do with his time—like clipping his nails. It’s never really enjoyable. Its jokes date back to the time of the pyramids. Its stars appear to be as naturally drawn to each other as a vertigo sufferer and a mountain-top. Its plot hangs together as well as an IKEA closet set without the screws. Its use of nudity in place of competent storytelling renders it inappropriate for children, and its dialogue and acting make it unfit for adults.

What else is wrong? And how did a mess like this get made in the first place?

Just as a fish rots from the head, the problem seems to have started in the executive suite of its motion picture studio, Universal. Conscious that they lack the store of comic book characters that Twentieth Century Fox (X-Men), Disney (The Avengers, other Marvel characters) and Warner Brothers (DC Comics) have, they decided to create something called Dark Universe in order to compete with them for teen audiences. Thus, The Mummy is intended to be the first in a slate of Universal monster movies, which will employ the company’s ownership of the rights to earlier films like The Bride of Frankenstein, The Invisible Man and the original version of The Mummy. Having made this decision, Universal’s executives then decided to boost the project’s profile and help sell the films in overseas markets by hiring the most prominent actors in search of a paycheck whom they could find.

That explains the involvement of Cruise and Russell Crowe.

Unfortunately, the stars appear to be in completely different movies. Perhaps egged on by the director Alex Kurtzman, Crowe hams it up in the manner of Christopher Lee in a 1960s B-horror film. Cruise, by contrast, appears to think that he’s in a lightweight 1980s film like Ferris Bueller’s Day Off. When the two wind up in an actual fight, it’s a bit like watching a wrestling contest between Darth Vader and Punky Brewster.

The movie tries to keep its audience in suspense by throwing out the idea that the gods of ancient Egypt were real and that black magic exists as a force in the world. Whatever one thinks of this, it’s safe to say that it doesn’t work from the point of view of entertainment. The Mummy is about as spooky as a pony ride. The film is not helped either by its female lead, Annabelle Wallis, who seems to have been pulled out of a crypt. (Sorry.)

The plot, such as it is, concerns an American army officer (Cruise) who is searching for buried treasure in war-torn Iraq with his best friend (Jake Johnson). Disobeying orders, the pair wander into ISIS-controlled territory. There they happen upon a buried site where an evil Egyptian princess (Sofia Boutella) has been placed. That she is a thousand miles from Egypt requires some explaining, which the movie’s committee of writers effortfully strive to work through. What follows next involves some mix of equal parts nudity and stupidity.

Soon the princess is trying to claim possession of his soul. This is curious since the movie presents no evidence that his character possesses any. Nonetheless, the whole of this leads Cruise, Wallis and others to a mysterious lair in England inhabited by Crowe’s character. For the purposes of the intended “Dark Universe” film franchise, he turns out to be a monster from a completely unrelated story set in a different century. The connection between these characters appears to be something that can only be explained in the logic of Hollywood script conferences. Whether those in attendance were most likely using drugs I cannot say within the confines of present libel laws.

Regardless, The Mummy is a powerful argument for not making movies by committee. More broadly, it raises the question of why Universal does not think about making genuine family entertainment. An auxiliary but important goal of its Dark Universe film project seems to be creating characters for its Universal theme parks in Florida and California. Wouldn’t it make more sense, then, to do what Disney has and focus upon wholesome characters that parents are comfortable presenting to their children? The result would surely be less likely to wind up dead and buried.