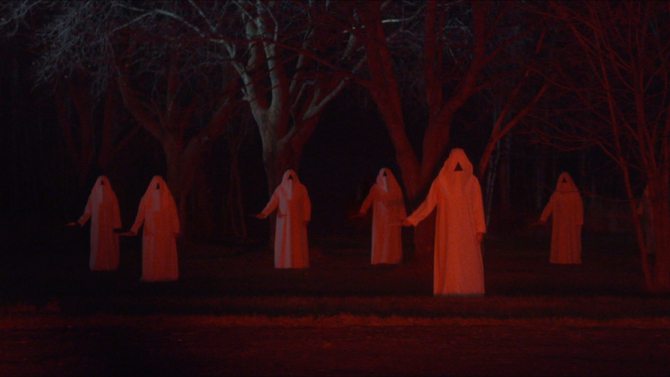 Nostalgia can be tricky. As a recent article at Scientific American notes, “negative mood was the most commonly reported cause of nostalgia and, within this general category, loneliness was the most frequently listed discrete negative emotion.” That certainly makes nostalgia sound like something to be avoided. However, the same article also suggests nostalgia can be “a psychological resource that people employ to counter negative emotions and feelings of vulnerability. Nostalgia allows people to use experiences from the past to help cope with challenges in the present.” So, nostalgia can be a positive experience as well. I suppose, like any other emotion, it depends on what you do with nostalgia that determines whether it’s good or bad.

Take the way makers of motion pictures handle nostalgia for example. As studies have shown, films based on existing properties and/or concepts that people have fond memories of tend to make more money than those based on new ideas. That’s why, as we’ve noted before, this year will see the release of the 8th Saw film, the 10th Hellraiser film, and the 19th (yes, the 19th) Amityville film. Sadly, most of these movies will probably be terrible, little more than stale, unimaginative cash-ins on people’s fond remembrances of movies past. But it doesn’t have to be that way. Recently, a couple of notable films have made their way to the direct-to-video market that prove you can profit off the warm, fuzzy memories of moviegoers while still offering something worth watching on its own. 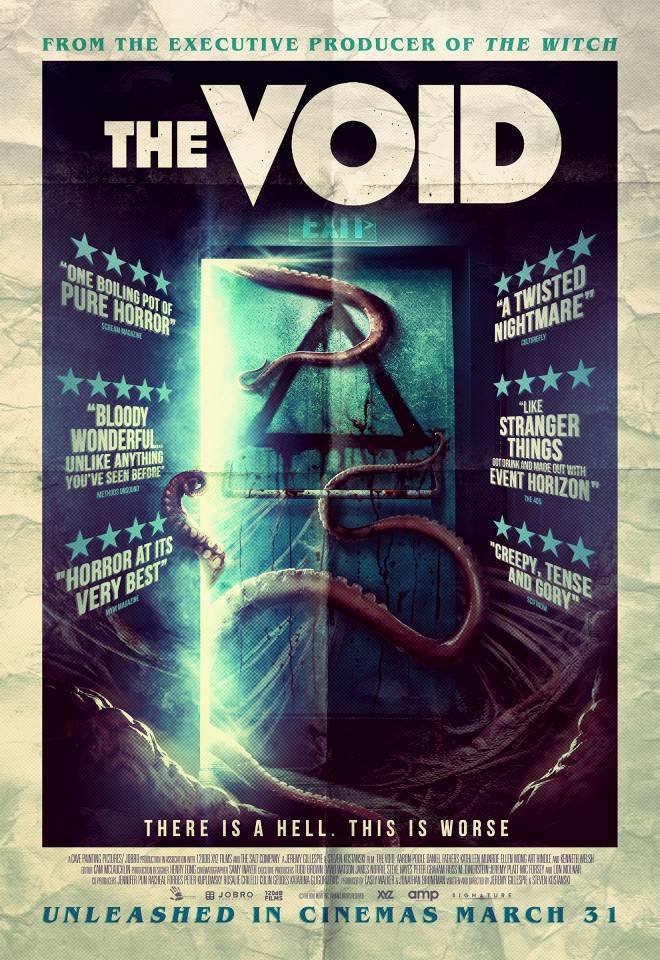 It’s pretty easy to tell what classic horror movies filmmakers Jeremy Gillespie and Steven Kostanski hold in esteem. All you have to do is watch their latest film, The Void, and you’re likely to recognize scenes lifted directly from the works of past masters such as Stuart Gordon, John Carpenter, Clive Barker, and Lucio Fulci. But, hey, Quentin Tarantino engages in that kind of “homage” all the time and everyone extols him as a genius, so who are we to quibble.

The Void is a loving mishmash of 1980s creature features, full of gooey practical effects and gallons of stage blood. It’s tale of a group of disparate individuals trapped in a hospital by evil cultists intent on unleashing extra-dimensional horrors on the world never quite gels into a cohesive story, but then again, neither did most of the movies The Void emulates. Besides, lapses in logic are forgivable in Lovecraft inspired stories such as this as long as they get the mood and the monsters right. And The Void gets those things right in spades. It’s a perfectly enjoyable 90 minutes for those nostalgic for the days when creatures were sculpted from latex rather than rendered in pixels. 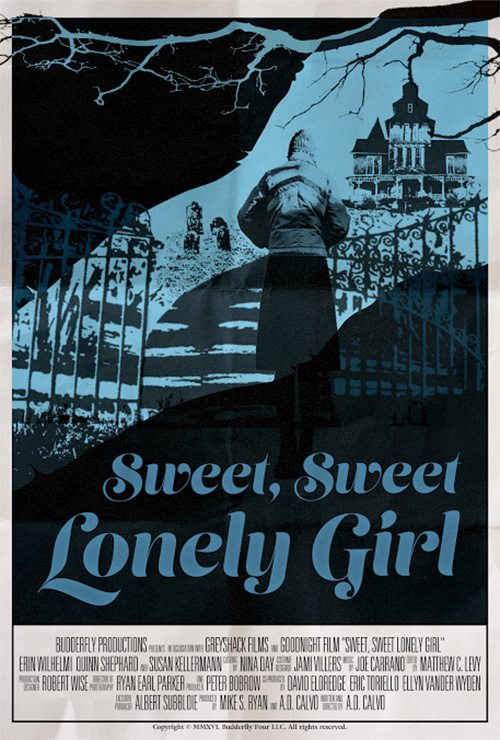 On the opposite side of the spectrum from The Void is A.D. Calvo’s Sweet, Sweet Lonely Girl. With nods to films such as The Little Girl Who Lives Down The Lane and Burnt Offerings, the movie is basically a lyrical love letter to the deliberate, brooding thrillers of the 1970s. In other words, that means it’s really slow moving. But leisurely pacing isn’t necessarily a bad thing when you’re watching someone slowly go mad.

That person would be Adele, a young woman sent to care for an aunt who is so reclusive that Adele never actually gets to see her face. On one of her infrequent trips outside the confines of the house, Adele meets and quickly becomes obsessed with Beth, a free-spirited girl with little use for moral norms. Under Beth’s influence, Adele begins to neglect her duties and things slowly spiral out of control. Sadly, that lack of control extends to the last five to ten minutes of the movie, which inexplicably lurch into an entirely different mood from everything that came before and makes hardly any sense at all. Even so, the trip getting to those final frustrating moments will be more than worth it for those longing for the lackadaisical chills of days gone by.

So, you see, nostalgia doesn’t have to be all bad. Sure, the desire to relive the celluloid pleasures of the past will always result in sequels full of soul-crushing disappointment. However, if you dig deep enough in the DVD bins, you’ll find films like The Void and Sweet, Sweet Lonely Girl which prove pining for the old days can bring good things as well.