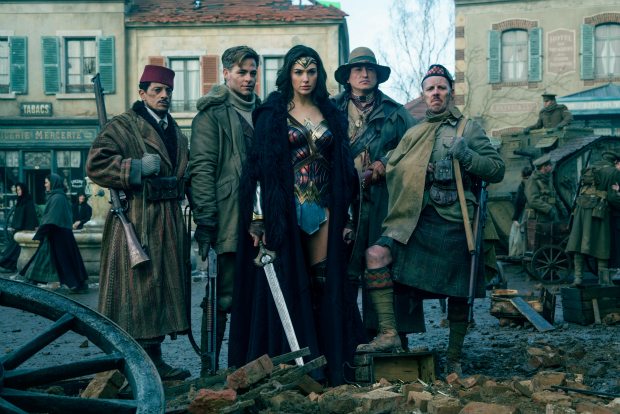 I fancy myself a history buff. I’m even an aficionado of the cataclysmic First World War. But I was taken aback at how little I really knew. That’s because I finally saw the new documentary on that war, cheekily titled Wonder Woman. (That was perhaps a nod to commercial success. It seems to be working: Wonder Woman is far outperforming the most financially successful documentaries in history, such as Roger and Me and Obama’s America.)

These are facts of history. Not the playful imaginings of some Hollywood screenwriter. So I’m almost embarrassed to say it, but SPOILER ALERT. I can’t give a flavor of the film without revealing some of the new findings of the historians behind this project.

The Forgotten Peace Offensive that Ended World War I 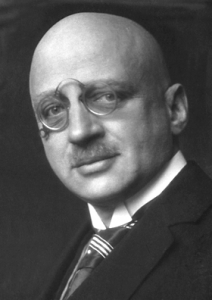 I knew the extensive backstory of the three great European monarchies that toppled in the conflict. I have studied both the Habsburg and the Romanov dynasty. I’ve a decent knowledge of the House of Hohenzollern. But there was a major gap in my reading. Or else the filmmakers have uncovered new primary source material. Conventional histories have scanted the key role played by the royal house of Themyscira. This atypical island kingdom in the Mediterranean was ruled and populated by women. As this film reveals, it served a crucial role in the negotiations between the Triple Entente and the Central Powers that ended the conflict in November 1918.

Wonder Woman is the story of a highly competent Themysciran intelligence agent who changed the course of that war. Working under the code name “Diana Prince,” she served her government in 1918. Queen Hippolytpa of Themyscira felt appalled by the protracted nature of the conflict. She feared the threat of proliferation of weapons of mass destruction. So she sent no ordinary agent, but her daughter and heir apparent, Princess Diana (hence the code name). Her mission: to confer with British intelligence. In fact Diana played a role as pivotal in concluding this bloody war as Archduke Franz Ferdinand had played in its outbreak.

Multicultural Commandos Whom History Has Neglected

Other bits of forgotten history emerge to surprise us. Eurocentric scholars have not seen fit to mention the following facts. But the commando team which Diana led on a crucial peace mission to Belgium in 1918 was thoroughly multicultural. It included:

It was this plucky team that penetrated the secret WMD facilities of General Erich Ludendorff. That general had wrested de facto control of Germany from Kaiser Wilhelm. Ludendorff commanded much of Germany’s civilian economy in what historians have labeled “war socialism.” 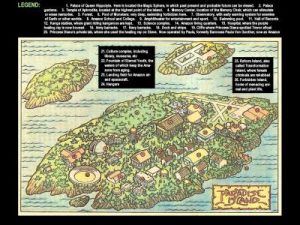 Political map of Themyscira, circa 1918.

Diana’s forensic research uncovered key factors inhibiting peace talks. The war had already claimed 25 million lives. Germany faced no realistic prospect of winning. Not after the arrival of hundreds of thousands of American troops in 1918. The failure of its last-ditch Marne Offensive had made that obvious. However, General Ludendorff was obdurate. He rejected any talk of armistice. British officials whom Prince consulted pleaded ignorance as to why.

On paper, Germany had already lost the war. This despite Germany’s massive territorial gains after the collapse of Czarist Russia and the Treaty of Brestlitovsk. It was only Diana who ferreted out the military and political factors influencing Ludendorff’s refusal:

I don’t want to give away too much. It’s already clear that these researchers have broken important new ground. One quibble: Poor editing makes it seem that Ludendorff died during the war. This at the hands of Diana after a confrontation over the use of WMDs in combat. In fact, he outlived the conflict, and took part in Hitler’s abortive Beer Hall Putsch in 1923.

Really, I have just one complaint about the film. Or rather the uses to which some commentators have chosen to put it. Some writers have claimed the facts revealed here somehow vindicate an obscure and extreme political ideology called “Feminism.” For those of you who don’t follow fringe opinion, this worldview asserts that

I could go on and list still more unhinged assertions made by these Feminists. But that would only be piling on. Why not list all the “space opera” absurdities asserted by Scientology, another mid-twentieth century pseudo-scientific cult?

I see nothing in Wonder Woman to support any of these outrageous claims. As a lover of honest history, it offends me to see a sober, fact-based exploration of the key event of the early 20th century such as Wonder Woman hijacked by these dabblers in fantasy.