Lethal Weapons and the Lunatics Who Love Them

Home Feature Lethal Weapons and the Lunatics Who Love Them 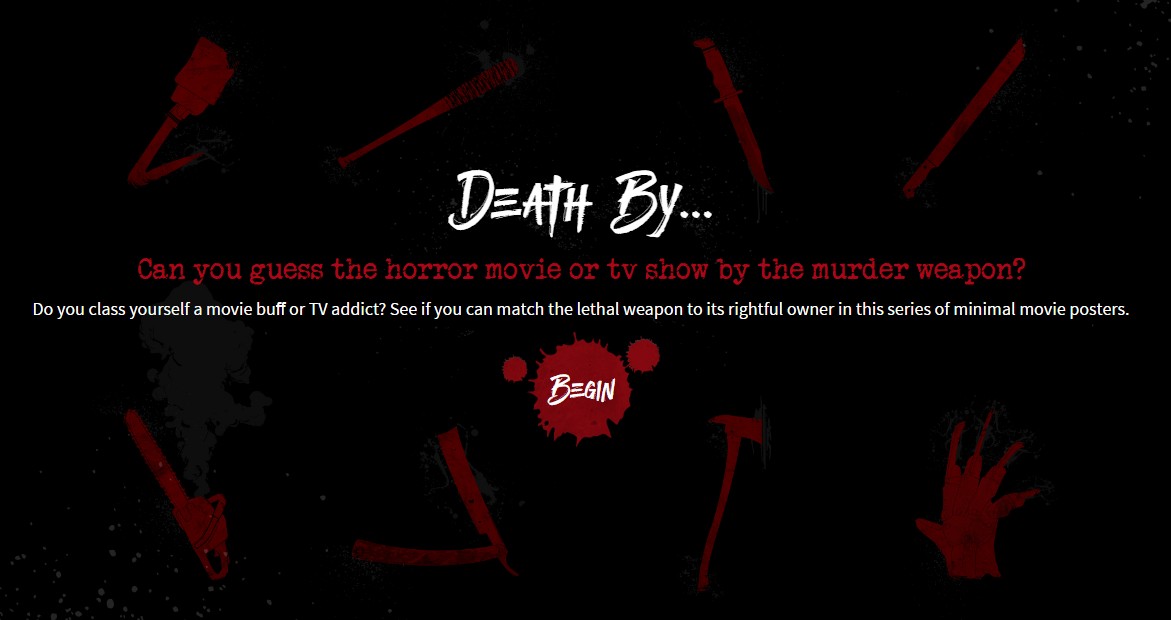 Lethal Weapons and the Lunatics Who Love Them

A glove with razor claws, a bloody chainsaw, a baseball bat wrapped in barbwire. Even if you’re not a horror fanatic, that insidious inventory likely brought to mind some of the genre’s most notorious killers. It would seem after all these years, each of these lunatics’ weapon of choice has become almost as iconic as the villains themselves. At least that’s the idea behind a fun little online quiz called…

Can you guess the horror movie or TV show by the murder weapon?

Hmm, I only got 13 out of 16 before having to throw in the towel. I must be slipping.

You know, archetypal armaments aren’t just limited to horror. Can you imagine James Bond without his Walther PPK or Dirty Harry Callahan minus his .44 Magnum Smith & Wesson Model 29? No, they just wouldn’t be the same. That’s because, as a number of psychologists have noted, a person’s choice of weapon can often say something about their character.

For instance, Joni E Johnston Psy.D., writing in Psychology Today, claims that serial poisoners “tend to be cunning, sneaky, and creative (they can design the murder plan in as much detail as if they were writing the script for a play).  Male or female, they tend to avoid physical confrontation and, instead, rely on verbal and emotional manipulation to get what they want from others.”

Those who use guns to carry out their murders are a bit different, or so says David J. Thomas in his book, Police Psychology: A New Specialty and New Challenges for Men and Women in Blue. According to Thomas, “A firearm is rather impersonal and allows a suspect to commit the act of violence from a distance…. The only time wounds inflicted would be considered personal is if they are contact wounds, which provide the suspect with a certain degree of personal satisfaction, especially if the victim is bound/gagged.”

But most movie maniacs don’t use guns or poison. Instead, they usually prefer something a little more hands on, like say a machete or a nice sharp pair of hedge trimmers. Thomas suggests this is because edged weapons “provide the suspect with more personal forms of death meaning the suspect must touch the victim to complete the act.” Speaking with the website Seeker, forensic psychologist Naftali Berrill notes that “anytime somebody commits a murder or assault, either by choking, stabbing or making bodily contact, it always speaks to a level of rage and perhaps a personal connection to the victim that shooting with a gun does not.” And then, of course, there’s always the possibility of Picquerism, which we ain’t gonna talk about here.

The point is, weapon choice is an integral part of a movie madman’s personality. Norman Bates with a chainsaw would not be Norman Bates. However, hand him a butcher knife, along with all the implications that come with it, and we have the psycho we all know and love. Keep that in mind the next you’re watching some masked maniac chasing a bunch of wayward teenagers through the woods. Take a look at what weapon he’s carrying and ask yourself, “Now what do you suppose that says about that guy?”