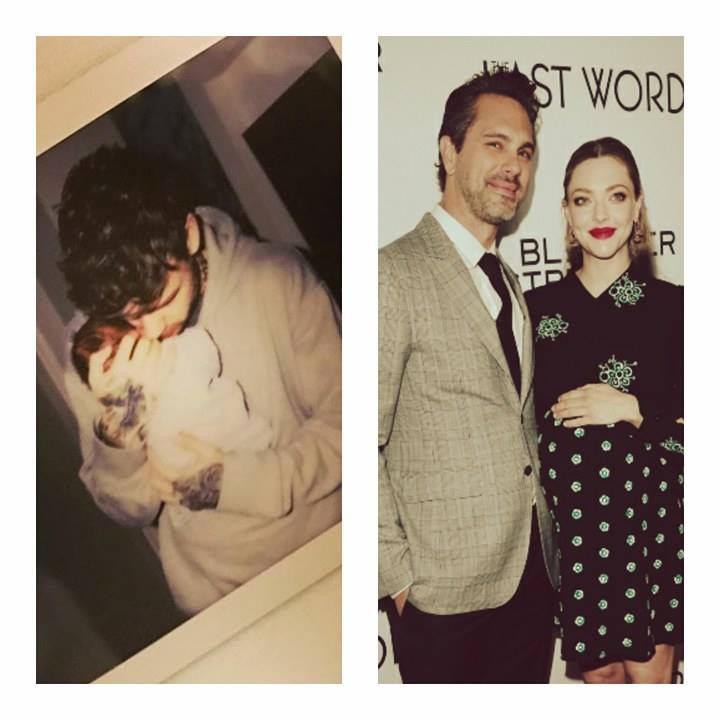 It’s been a very busy week with two of our favorite Modern Royal couples giving birth to Modern Royal babies! Couples Amanda Seyfried and Thomas Sadoski and Liam Payne and Cheryl Cole respectively have announced the birth of their first child.

Just a week after Thomas Sadoski and Amanda Seyfried‘s secret wedding, the couple announced the birth of their daughter. Seyfried’s representative confirmed the good news on Saturday. Photos of the newborn have not yet been released.

In an interview with Vogue Australia about motherhood earlier this year, the 31-year-old actress said,    “I’ve never been excited by anything more in her life — and ready.”

Sadoski and Seyfried are not the only couple with exciting news, though!

One Direction’s Liam Payne, 23, and girlfriend Cheryl Cole, the 33-year-old former X Factor judge and Girls Aloud star, have welcomed their first child — a baby boy born Wednesday, March 22 at London’s Chelsea and Westminster Hospital. Cheryl had only recently announced her pregnancy in mid-March though fans speculated that she was expecting.

Cheryl posted a photo of Liam and the baby on Instagram with the caption “On Wednesday 22nd March Liam and I became parents to an incredibly beautiful, healthy baby boy, weighing 7lb 9 and looking like a dream. Although he still doesn’t have a name he is already stealing hearts.”

“We are all madly in love and overwhelmingly happy with our little arrival. Happy Mother’s Day to all the mothers around the world. A day that now has a different meaning to me forever,” she continued.

Liam also took to Instagram with a lovely message about fatherhood.

“My close friends and family know there are very few times when I’m left speechless… wow!” he wrote Saturday. “I’m incredibly happy to welcome our new baby boy into the world, it’s a moment that I will never forget for the rest of my life and my favourite memory I have so far.”

Payne added, “I’m completely in awe of his incredible mother and how she has been the whole way through this, she’s really made my dreams come true. We haven’t named him yet but he’s already capturing hearts including mine. I feel very blessed. Happy Mother’s Day everyone!”

The new parents wish to keep their son’s privacy a priority, but that Instagram snap may not be the last photo the world sees. There’s a good chance he will inherit his parent’s talents and become a famous singer some day.

Congratulations to both couples.