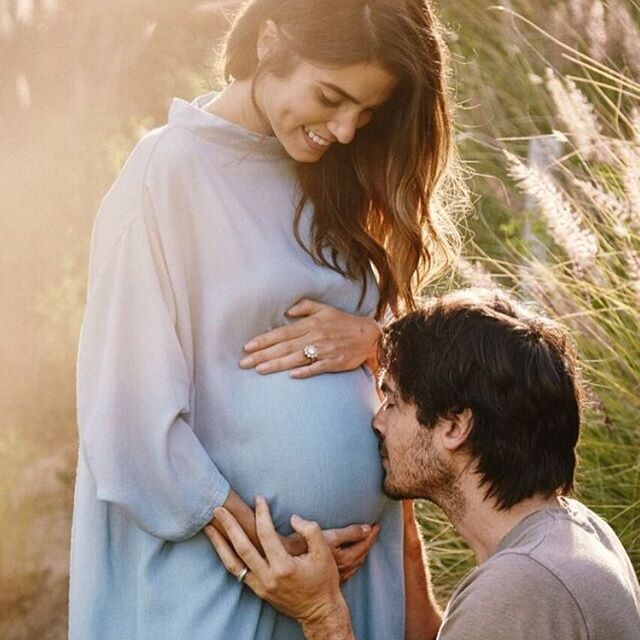 Let’s recap some interesting celebrity news that took place over the summer. At 10:26 a.m. on Tuesday, July 25, Nikki gave birth to a baby girl, they named Bodhi. PEOPLE confirmed this information via the birth certificate.

Ian and Nikki were first spotted together in July of 2014 and got engaged in January of 2015. They tied the knot just three months later.

In may, the actors both posted to Instagram about the baby news with matching pictures of Ian kissing Nikki’s growing baby bump. Nikki’s caption was very personal and many pro-lifers immediately applauded the call out. She says;

“Hi Little One. I know you, but only because I feel you. How is it possible to love someone so much already? All I know for sure is it’s the strongest feeling I’ve ever felt. We’ve been sharing this body for quite some time, and we’ve already experienced so much together. We can’t wait to meet you… Love, your parents.” Ian captioned his photo with this;

To our friends, family, and rest of the world. In my 38 years on this earth I’ve never experienced anything more powerful and beautiful than this. I can’t think of anything more exciting than this next chapter and we wanted you to hear this from us first. This has been the most special time of our lives and we wanted to keep it between the three of us for as long as possible so we could enjoy this time with each other and our little one who is growing so fast…because that’s what they do, they grow so fast. Thank you for your kind energy.
Love,
Ian

According to Reed’s interview with Fit Pregnancy And Baby, the couple will take the first 30 days to focus on the baby. No pictures, posts, or outside communication. So, we will just have to wait patiently for that photo of the new Modern Royalty baby girl.

In Other Celebrity News: Everyone’s Favorite Couple Has Legally Seperated.

Chris Pratt and Anna Farris has called it quits, but for their children’s sake are keeping it quiet. This comes as a sad surprise considering the couple was recently hailed a one of Hollywood’s super couples. “Anna and I are sad to announce we are legally separating. We tried hard for a long time, and we’re really disappointed. Our son has two parents who love him very much and for his sake we want to keep this situation as private as possible moving forward. We still have love for each other, will always cherish our time together and continue to have the deepest respect for one another.

Fans are devastated and left wondering if love even exists anymore. Though there are still many questions as to what happened, let us remember to respect their privacy during this time.

Celebrity Challenge Of August: Céline Dion Participates In The #FlamingoChallenge For A Fight Against Cancer. The 49-year-old Canadian singer asks fans to join this challenge to raise money for the cure to cancer.