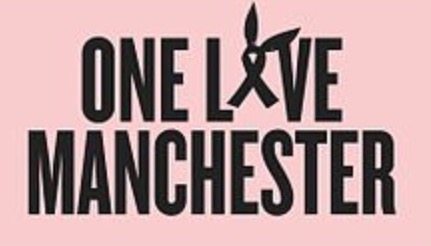 One Love Manchester, a benefit concert and British television event organized by Ariana Grande on June 4th, has been confirmed as the most watched event on television this year by the Manchester Evening News. The British Red Cross, which established the We Love Manchester Emergency Fund, received more than $13 million in donations in just 12 hours following the concert.

Grande organized the benefit in response to the terror attack and suicide bombing which occurred after a concert she was performing at the Manchester Arena as part of her Dangerous Woman Tour on May 22. As concert-goers were leaving the arena, a bomb went off killing 22 people and injuring 116 others. Grande was heart-broken as her message on Twitter indicated.

The artist who surprised concert-goers the most was Justin Bieber who made a tearful speech. He said:

The Black Eyed Peas and Ariana Grande performed “Where Is The Love,” which was a very appropriate song choice.

Nicole Kidman and Keith Urban will be celebrating their 11th wedding anniversary on June 25. They have become one of Hollywood’s most enduring couples. How do they make it work? The actress reveals their secrets to a long-lasting marriage with InStyle Magazine.

Congratulations to Nicole and Keith!

Next to Batman, his character “Mayor Adam West” on Family Guy has gotten much love and attention from fans.

Seth MacFarlane paid tribute to the late superhero in a Twitter statement.

“Family Guy has lost its mayor, and I have lost a friend. Adam West was a joy to work with, and the kind of guy you always wanted to be around. His positivity, good nature, and sense of fun were undeniable, and it was always a big jolt of the best kind of energy when he walked in to record the show. He knew comedy, and he knew humanity. I am beyond fortunate to have had the privilege of working with him, and he will be profoundly missed by all of us. Thank you from the bottom of my heart for all that you have given, Mr. Mayor. You’re irreplaceable.”