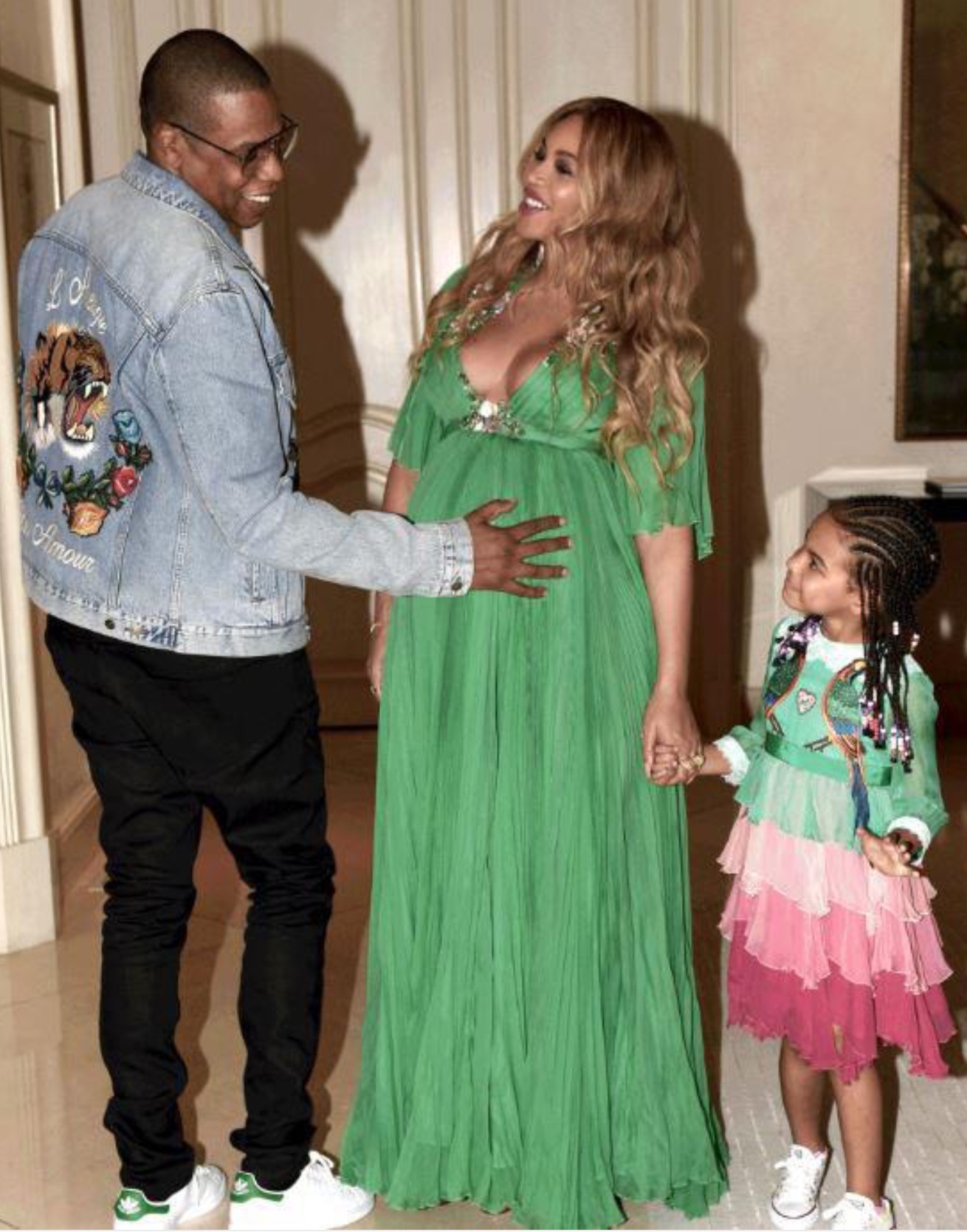 Multiple sources including Beyoncé’s father, Mathew Knowles, have reported the birth of Beyoncé’s twins. The birth date, however, has not been released, causing media and fans to question if the twins were born before or after it was mentioned by the grandfather. However, there have been no official announcements from the family or their representatives. So fans are also left wondering about the genders and names of these two modern royal babies.

Reports say that the twins were being treated for minor complications (possibly due to premature birth) and had to stay under moderate care. A vehicle belonging to Beyoncé was spotted at a very expensive home, and it looks as though the new family of five will be living there temporarily. Which means an official announcement should be soon! 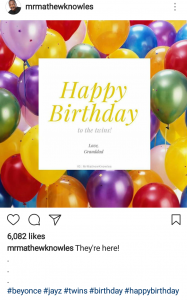 Jay Z, 47, and Beyoncé, 35, want privacy during this very exciting time. Apparently, she didn’t even want her own father at the hospital, in fear that he would inadvertently (or purposely) divulge information about the babies. The power couple didn’t even announce the pregnancy until she had a very noticeable “baby bump” in February of this year.

But a proud grandfather is not going to be kept from at least acknowledging his grand babies which he did. In fact, Knowles was  the first to post about the twins’ birth. It supposedly upset the rest of the family because not only do they want privacy, but also stole the thunder right out from under the new mom and dad. Naturally new parents want to tell the world their joyful news — at a time of their own choosing.

Oddly, fans of Beyoncé weren’t very happy about it either. They had expected the singer and her music star husband to announce it themselves instead of hearing it from the man Beyoncé didn’t trust in the first place. And so the world cringed a little. Of course, the love a grandparent has for their grandchild is unstoppable. Sometimes they just can’t help but to publicly state how proud they are, even when it goes against the parents wishes. It wasn’t very cool of Papa Knowles to let the cat out of the bag, and fans will be very happy when more  definitive, official news about the twins is forthcoming from Jay Z and Beyoncé themselves.

Gossip Began Surfacing Before Twins Were Born from an Unlikely Source

It’s no wonder Jay Z and Beyoncé crave their privacy, especially when “news” about the twins surfaced before the babies were born and from the strangest source — former President Barack Obama! And this may have been a huge faux pas on his part since it may have been a huge reveal.

During a video speech congratulating Jay Z for his recent induction in the Songwriters Hall Of Fame (he is the first hip-hop artist to be voted in), former President Barack Obama possibly revealed the sex of the twins.

“Jay and I are also fools for our daughters. Although he’s gonna have me beat once those two twins show up,” Obama joked.

While everyone speculated about the possible reveal, neither Jay Z or Beyoncé commented. So for now, though fans are desperate for news, it’s still speculation.

We will just have to wait until an official statement is released. When we do learn more, hopefully a spectacular photoshoot will surface soon thereafter with big sister Blue Ivy Carter, who will hopefully not be too jealous. At least that’s what the parents are hoping.

The saddest part in this story is how people are tweeting about the famous family. Beyoncé is being called out for “faking” another pregnancy. But the happiness of bringing two new babies into the Carter home will take her mind off those nasty rumors. Sorry internet trolls, she’s not even paying attention right now.

SCENES offers its congratulations to both Beyoncé and Jay Z on the birth of their twins.  We hope mother and babies are doing well. Also, congratulations to Jay Z for his incredible accomplishment of being the first hip-hop artist inducted in the Songwriters Hall of Fame. It seems the Carters have lots to celebrate.

Annia is an aspiring writer, actress, model, singer, and blogger. Anything she does, she does with an open imagination and any inspiration she can find. Annia wants to live her God-given dream, because that is one's true hope. She is a lover of all music, slightly a TV fanatic and is always in search of a new adventure. Traveling God's earth and advocating about matters that are most important to her are Annia's main goals. She wants to motivate, share hope, love, inspire, encourage, and make a difference in the lives of others, at least once in her lifetime.