Kiefer Sutherland: Critically-Acclaimed Actor Turned Singer Does It All 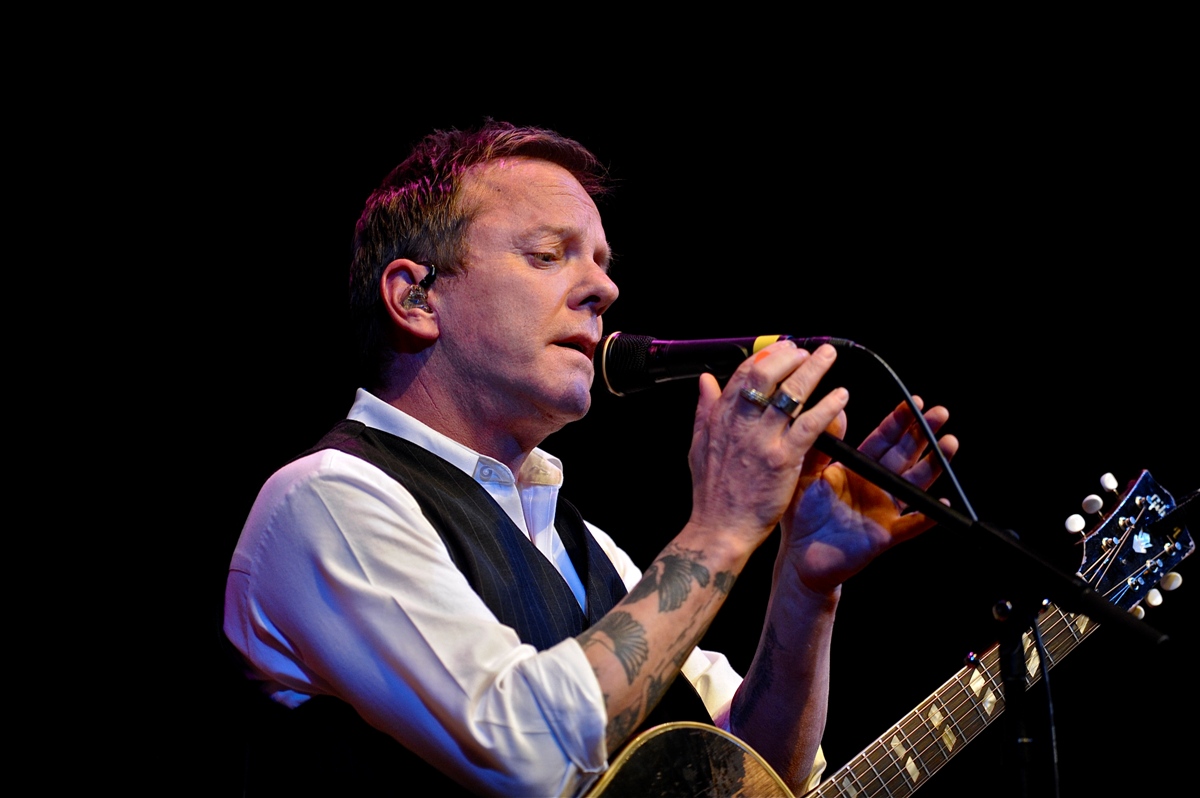 Kiefer Sutherland: Critically-Acclaimed Actor Turned Singer Does It All

Actor Kiefer Sutherland, everybody’s favorite counter terrrism agent Jack Bauer in television’s 24, has branched off into a country music artist.  His debut album Down in a Hole was released in 2016. He performed over 70 dates in 2016, receiving critical acclaim and enthusiastic support from an ever-widening fan base. Now, he’s hitting the road and playing more than 20 cities with his 2017 Not Enough Whiskey Tour.

Digging into his past before fame, you will find that he moved to California shortly after his birth in London, England to Canadian actors Shirley Douglas and Donald Sutherland. This naturally put him on the road to become one of the most popular UK-born Canadian actors in America.

In 1983 and 84, Kiefer got his first major film roles. His father, Donald Sutherland, just-so-happened to co-star in his first screen debut, Max Dugan Returns, (which is totally cool, BTW). Thanks to The Bay Boy, Sutherland received his first Genie award nomination for best actor. Here’s a list of his accomplishments after 1984:

As for a few of the well-deserved awards Sutherland received for his most influential here you go:

So, about that ‘amazing’ role he accepted in 2016 that is currently everyone’s obsession… Kiefer plays the seemingly uneducated political superior-President Tom Kirkman. Some would call his character portrayal to be the quiet and slightly confused type, but then we see this spontaneous person blossom. I applaud him for his incredible talent to create these different personas. Some might also say that until watching Designated Survivor, he wasn’t a highly known face, probably more for the younger generation, which has now reportedly changed. This actor, producer, director, and singer-songwriter has many credits to his name, but this politically motivated drama has won 100 times more applause with outstanding ratings and I’m sure is likely to win many future Awards. Will those include a Grammy Award? Who knows, but with this Modern Royal’s range of talent, it wouldn’t surprise me.

2017 Not Enough Whiskey Tour, 24, Down in a Hole, jack bauer, Kiefer Sutherland