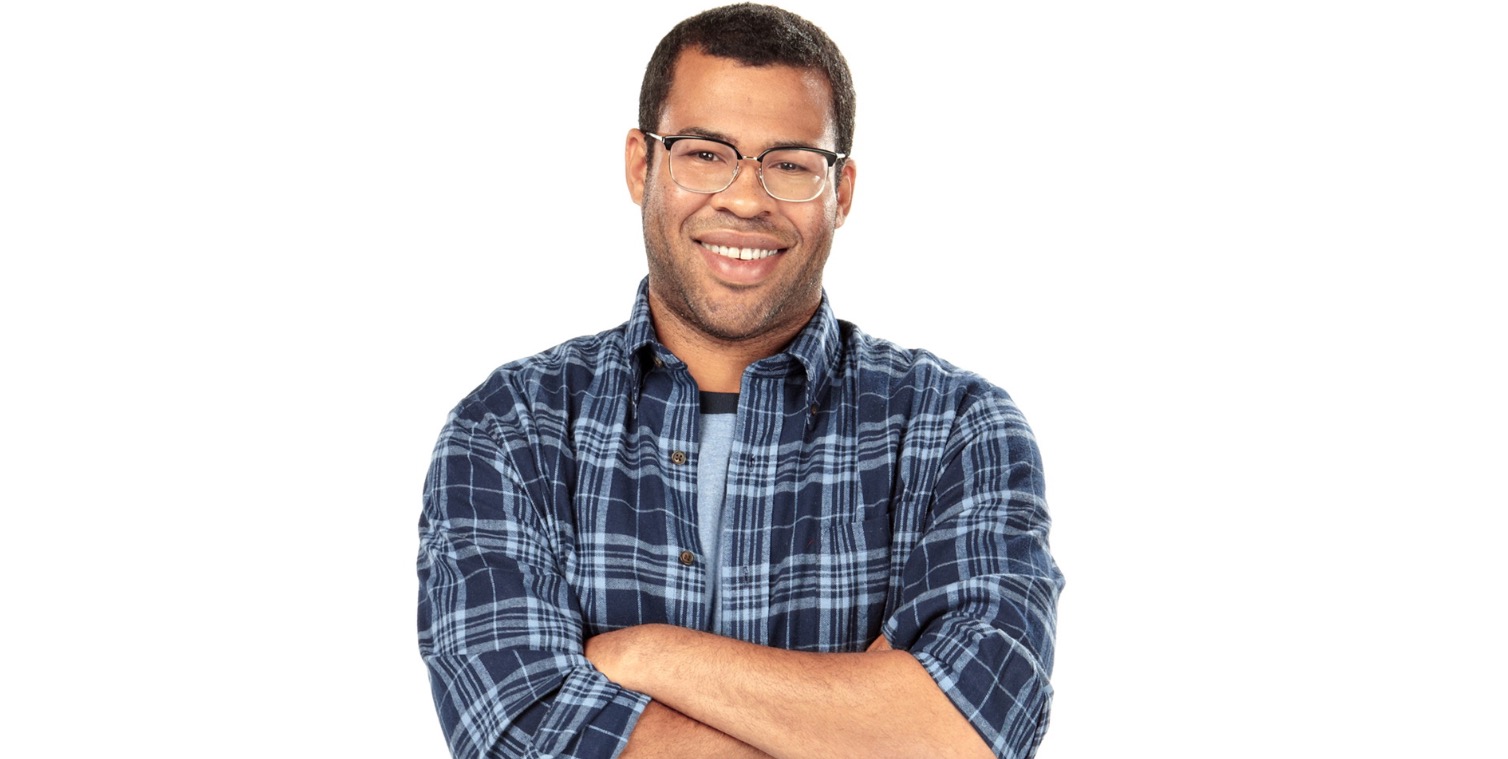 Jordan Peele, writer/director of the brilliant horror and socially-conscious Get Out, was named CinemaCon’s Director of the Year last night at a gala in Las Vegas where the annual convention of the National Association of Theatre Owners has been taking place all week.

“With the phenomenon known as Get Out, Jordan Peele has instantaneously become a force to reckon with as a gifted and enormously talented director and filmmaker,” CinemaCon Managing Director Mitch Neuhauser said in a statement. “He has audiences and critics around the globe enamored and spellbound, dare I say hypnotized, with his wildly inventive directorial debut, and we are ecstatic to be honoring him as this year’s Director of the Year.”

Peele, 38, made his directorial debut with Get Out which proved astronomically successful at the box office. Produced by Blumhouse, QC Entertainment and Universal for a mere $4.5 million, Get Out has generated more than $140 million since its global release, making it one of the most profitable movies in recent years.

Perhaps even more notably, however, is the theatric theme and controversial nature of the film which caught the attention of a very diverse audience. In fact, on the film’s opening weekend, 38 percent of the viewers were black and 35 percent were white. The film tackles racism in America. Peele, who spent years writing the screenplay, said he was inspired by The Stepford Wives (which similarly tackled male chauvinism in the 1970s) and Rosemary’s Baby. The film is about a young black man who visits the posh home of his white girlfriend’s prominent family. There he discovers a rather disturbing and even menacing plot against black people.

In a year when Hollywood has seen a rise in ethnic diversity and recognition from the Academy Awards, the work of Jordan Peele is extraordinarily timely. In a recent interview with The Hollywood Reporter, Peele said, “Black voices will tell good stories just like anybody else.”

Get Out is a complete departure from that which Peele, a New York native, is widely-known (he is half of the wildly popular duo Key & Peele on Comedy Central). The phenomenal success of Get Out, and now this award, catapults Peele in a direction he’s always longed for — to direct, but, as he says he “got caught up in sketch comedy.”

It would seem that his dream to be a full-time director will now be realized. In fact, Twitter is blowing up today with news of Hollywood’s newest courtship. 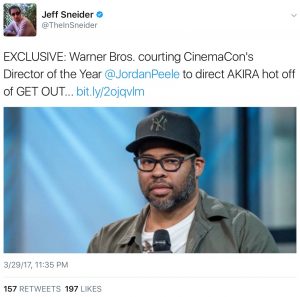 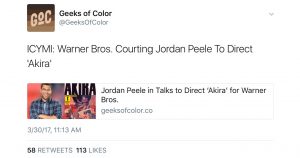 Whatever projects Peele tackles next, I’m sure he will continue to dazzle audiences with his brilliance.