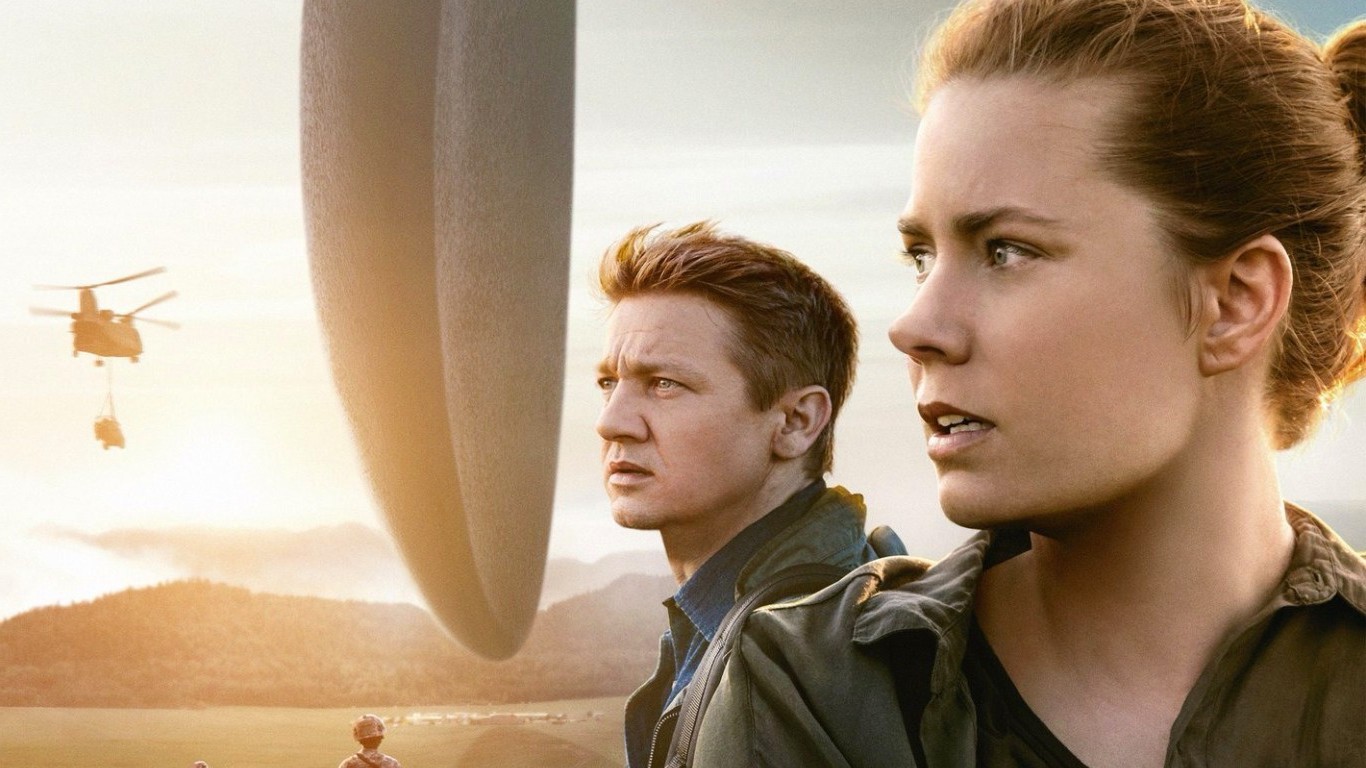 This year’s Oscar line-up of best picture nominees diversely ranges from a modern western, to a war picture about a pacifist, another about a young man from a hard background struggling with his sexuality, also a married couple coming to terms with who they’ve been and have not been to each other and their family, an alien film that centers around a linguist and a musical only to name a few. Arrival, the alien flick, seems an unlikely contender for the award in this Hollywood smorgasbord. It is not the first sci-fi film to do so in that it joins the ranks of Interstellar, Ex Machina, Avatar, and Gravity in garnering nominations. Though these warranted a nod from the Academy, not all managed to take home the gold and it remains to be seen if Arrival will mimic those.

With a winning team of directors and writers, Arrival has been positioned as a force to be reckoned with. Screenwriter, Eric Heisserer who has worked primarily on horror such as the Nightmare on Elm Street’s reboot, does a phenomenal job of adapting the short novella that Arrival was taken from by Ted Chiang, originally titled Story of Your Life. Along with director Denis Villeneuve, they have turned Arrival into a complex puzzle that builds one exquisite piece at a time. (Interestingly, Villeneuve also directed Sicario that received three Academy nominations in 2015. Sicario was written by the Taylor Sheridan who wrote Arrival’s adversary Hell or High Water.)

The film has certainly used the principal of taking a concept that is the same and making it different in that it may be the first alien fare to depict the humans as more dangerous than the aliens themselves. From the first time the aliens appear, they are not menacing, nor are they like any other aliens we’ve ever seen. The tension created by them is mostly heightened by simply their presence and what attributes we, as humans, assign to even the mention of the word alien.

As soon as the alien’s pods arrive and hover in twelve places around the world, we are escorted along with linguist Louise Banks, played by Amy Adams, to the army base that has been set up underneath the pod lingering over America. There, she along with physicist Ian Donnelly, played by Jeremy Renner, are tasked with communicating with the aliens in regards to their purpose for coming to earth. During their daily sessions, Louise and Ian make remarkable progress, though the soldiers and the world at large grow impatient. Here is where all hell breaks loose.

It is in this way that Arrival demonstrates our villainous qualities as a species, our humanness, and its parameters. The other countries with pods lording over them do not communicate well, and each becomes paranoid that the other is going to act first to destroy the aliens, or is getting information from their pod that they are not privy to. We see that it takes little to turn the world upside down, and how quickly we turn to aggression when we are confused or feel threatened in any way.

Though Arrival is a timely film, possibly more a metaphor for our current political and global climate, does it have too much weight for a film to carry in a genre that usually is more about man versus machine or man versus monster rather than man versus himself? Only Sunday will tell…