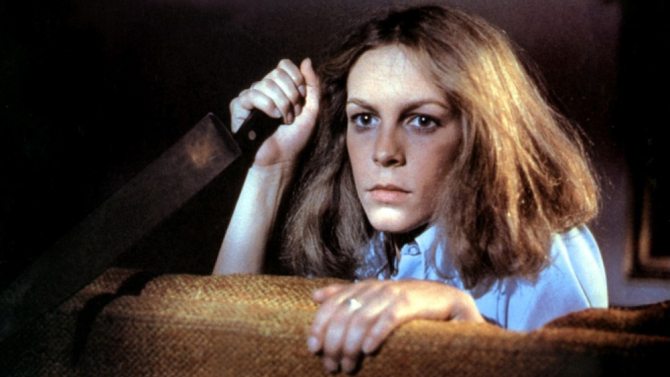 Although the exact number of slasher movies released in the 1980s is pretty much impossible to determine, many sources claim the final tally is somewhere in the neighborhood of 300 or so. Doing a little bit of math, that comes to at least one new slasher movie every two weeks for an entire decade. That’s a whole lot of maniacs killing teenagers, and it was all due to the success of one film; John Carpenter’s Halloween.

As all savvy horror fans are aware, Halloween was hardly the first slasher film (the argument over which movie was the first is best saved for another time), but without it, the genre as we know it wouldn’t exist. A masked killer motivated by some event in the past. A group of potential young victims mostly confined to a few locations. A final girl who eventually triumphs over the villain. It’s all in Carpenter’s film, just waiting to be used as a template by those who would follow. And once Halloween’s initial run brought in $70 million on a $325,000 budget, follow they did, all the way to the bank.

Of course, none of Halloween’s imitators, not even its immediate successor Friday the 13th, managed to rake in quite as much cash as Carpenter’s film. Perhaps this was due in part to Halloween coming first in the slasher cycle, but most likely it was because of the quality of Carpenter’s production. Halloween isn’t just a good horror movie, it is a good movie, period. Expertly directed and filmed, tightly scripted with believable characters, and nicely acted even by the younger cast members; these are the things which earned Halloween a larger audience outside of horror circles. Halloween even managed to garner the one thing few, in any, of the slashers to follow could ever quite manage, a good review from Roger Ebert.

In fact, as late as 2011, Ebert was continuing to disparage the slasher genre as little more than an exercise in misogyny. He wrote, “Almost every horror film taps into [the combination of fear

Not everyone agreed with Ebert, however, not even some feminists. In her book Men, Women, and Chain Saws, Professor Carol J. Clover went so far as to praise the trope of the final girl as it aligns the viewer’s sympathies with the intended female victim who eventually becomes empowered and saves herself. Besides, as Ms. Clover points out, men die in slasher movies too. She notes, “Killing those who seek or engage in unauthorized sex amounts to a generic imperative of the slasher film. It is an imperative that crosses gender lines, affecting males as well as females. The numbers are not equal, and the scenes not equally charged; but the fact remains that in most slasher films after 1978 (following Halloween), men and boys who go after ‘wrong’ sex also die.”

This simple fact led some to form other conclusions about the meaning of slasher movies. In his work Decade of Nightmares, Professor Philip Jenkins implied that slasher movies arose out of some irrational collective fear religious conservatives were feeling over the general permissiveness of youth culture in the 1970s. Professor Tony Williams, in Hearths of Darkness, went as far as to suggest that the killers in slasher movies were “patriarchal avengers” for the Reagan era religious right. The problem with such interpretations, though, is that they appear to misunderstand the religion they are criticizing. While there are doubtless individuals out there who harbor some kind of Christian revenge fantasy against the transgressors of the world (which, by definition, would include themselves), their professed religion doesn’t really approve of such thoughts. Rather, the deliberate hatred of one’s neighbors is contrary to charity and to desire them harm is a grave sin. As such, the religious angle doesn’t quite work.

If there is any moralistic meaning to be attached to slasher films, perhaps it is in the notion that they function as an update on the Morality Plays of the 15th & 16th centuries. Moralities were a form of secular theater in which allegorical characters representing vices and virtues faced numerous perils, with only the ones who stuck to the moral path left standing in the end. With a slasher movie coming out every two weeks in the 1980s there were obviously exceptions, but it’s probably safe to say that the majority fit comfortably into the mold of a Morality Play. Generic young adult stereotypes like the jock, the geek, the slut, the stoner, etc. give into vice and are systematically slaughtered. By the end of the movie only the relatively sinless are left to overcome the embodiment of evil. These are stories a Medieval audience could appreciate.

All that said, in the end, slasher films could have no more meaning beyond simply being a 90-miunte thrill ride. John Carpenter has stated on numerous occasions that he created Halloween with no deeper intention than making a movie people would enjoy. “I’ve analyzed this so many times over the years,” the director has said. “I’ve no idea why its lasted, I’m just delighted it has.” And as we all once again tune in this All Hallows Eve to the familiar notes of C#, F#, F#, C#, F#, F#, C#, F# playing over the image of a grimacing jack-o-lantern, we’ll be delighted too. Even after all these years, Halloween remains the movie by which all slashers must be measured.