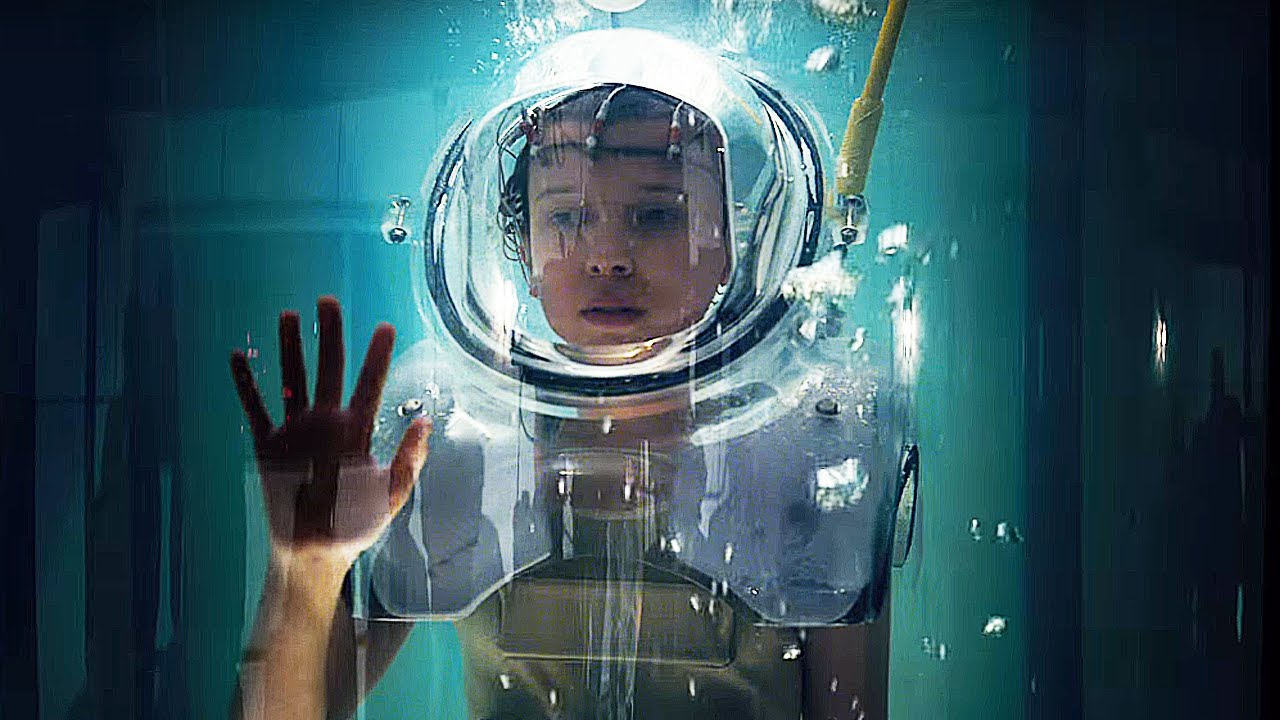 Prior to watching the first chapter of Netflix’s Stranger Things, I’d read an article from my local Independent Weekly that gave the creators, the Duffer Brothers, props for delving into the magical stuff of their youth. With them also being fellow North Carolinians, my hopes were high. Unfortunately, I felt like an adult who dared to eat my favorite childhood candy only to find it sickeningly sweet and stomach ache inducing the second time around.

There are several promising aspects of the series, although the producers may be counting too much on nostalgia. Are there enough 35 and overs who will binge watch this series simply to recapture the 80’s?

Chapter One : The Vanishing of Will Byers opens with an intense sci-fi scene of a terrified, lab coat clad scientist running down a long hallway with lights going haywire behind him. As soon as he enters the elevator, he screams as he is grabbed up by an unknown creature, and we’re off!

The next thing we see is a group of boys, much like those in Goonies or the fast friends in Stand By Me, playing Dungeons and Dragons in a basement. We, of course, assume that one of these will be Will Byers, and with what we just witnessed, we are wondering how the creature will get from the lab to these boys and how Byers alone will vanish. It certainly gets us asking questions…

In due time, a bit of the viewer’s thirst is quenched when the boys make their way home from their friend’s house on their bikes at night. This creates the opportunity for Will to get chased back to his house by the elusive thing that more than likely took the scientist. As fate would have it, the boy arrives home to an empty house. Poor Will panics, locking the door behind him, peering through the window to see the creature making its way through his yard.

He races out to his shed for a shotgun. The lights flicker and all goes dark before he can even load it. When the lights come back on, all we see is a light bulb dangling from the ceiling of the shed.

At this point, we cut to the opening credits with creepy 80’s video game style music in the background. The font used for the credits makes the title, Stranger Things, look like a Stephen King book cover.  All the makings of a promising hour of television.

For several reasons, that is not the case. The first misstep is that we are shown the creature, or at least a pretty definitive outline of it, before the opening credits. Not only is the creature revealed to you too soon, but it resembles way too closely the aliens in M. Night Shyamalan’s Signs, as well as those in Wayward Pines, for which the Duffers wrote a few episodes. There would have been more dramatic tension if the creative team allowed our imaginations run away with us, revealing the creature in later episodes if at all all.

The writers did manage to capture several of the formulaic components of the 80’s to a “T.” There’s Chief Hopper, the donut-eating dolt of a Sheriff whose office has never handled an actual case of any kind. There’s also a gang of prepubescent boys. One of the boy’s sisters carries on a high school romance with a Bueller-esque classmate.

Setting the story in a small, Indiana town feels authentic to the time period as well.

The nerdy fathers, overly made up mothers, redneck restaurant workers and stylized government agents who are trying to subdue the creature round off everything you need to feel like you’re Sam from Quantum Leap (an 80’s T.V. hit). Welcome back to 1983.

Winona Ryder plays Will’s mother, Joyce Byers. With Ryder’s break out role as the sardonic Veronica in the 1989 cult classic Heathers, she’s a wise choice for a main character.

Her scenes in this episode are too short, though, for us to gain insight into her life as a single mom raising two sons alone at a time when that was more unusual.

There are few other recognizable actors, although you may remember Matthew Modine, who plays Dr. Martin Brenner, and David Harbour Chief Hopper.

Most shows are built by taking a proven concept then spinning it. The Duffers have a proven concept: alien escapes from a government facility, wreaks havoc, and the small town’s citizens rally to survive the crisis. This has been done and done again.

The Duffers’s spin comes through Character 11, a young girl, who has also escaped the facility and made her way to the town. Equipped with eerie powers inside her shaved head, she immediately makes us wonder what part she will play and if she too is an alien.

Though 11 is unique and full of promise, her arrival and initial treatment prove problematic. She doesn’t come in until a little over halfway through the episode.

If she is going to be a major player in the plot, I would have liked to have met her much earlier, possibly even before the opening credits.

Her cursory treatment applies to other major figures as well, including Dr. Brenner, Will’s brother Jonathon, and Will himself. From the get go, we know it will be an event driven verses character driven series, but we still need to be able to establish some sort of actor/viewer relationship to keep coming back.

Lastly, one has to wonder if in a post Sopranos TV era, in which the latest version of X Files tanked, and shows such as Homeland, House of Cards, and Ray Donovan reign supreme if the stakes in Stranger Things are high enough?

Are we really so nostalgic that we will watch throw-back characters struggle to conquer an alien we’ve already seen? Are we still the same 80’s audience who readily feared monsters seemingly hatched by government experiments or evolution?

My sense is that we experience more exhilaration now from fearing each other and ourselves.