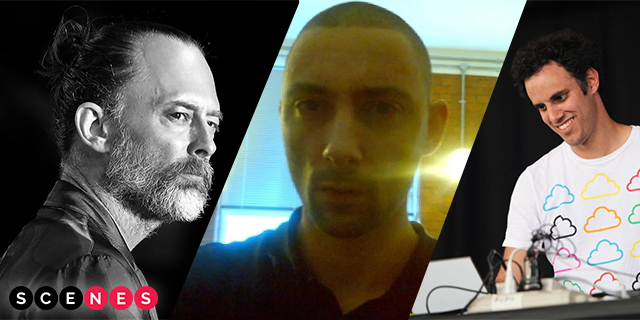 It’s safe to say that the desire to one day uncover hidden treasure is programmed into our very DNA. Well, one hundred lucky vinyl collectors in London had the chance to quench that desire on Dec. 2, as another long awaited collaboration between Radiohead’s Thom Yorke, Burial, and Four Tet was released exclusively on limited edition black-label vinyl.

The release is a double-A side single and features two tracks: “Her Revolution” and “His Rope.” It comes as a part of a series of anonymous, black-label records being put out by XL Recordings. To keep with the mystique of the series, a representative for XL would not confirm the identity of the artists, but directed Pitchfork to Instagram posts from Phonica and Sounds of the Universe–the two London record stores that stocked the ultra-limited vinyls. Each of these posts confirmed that it was, indeed, the Yorke, Burial, and Four Tet collaboration that had long been teased.

The three artists first began working together in 2011 with the release of another double-A side single featuring: “Ego” and “Mirror.” Two years prior to that, Burial and Four Tet had linked up for the single “Moth”/“Wolf Club.” In 2016, Thom Yorke hinted at another collaboration, saying “I did another thing, but the vocal was too dark, according to Kieran [Hebden aka Four Tet]. For me, that’s, ‘Really? Too dark, even for me? OK.’” Though the new release may or may not be the project he was talking about, suffice it to say, fans have been holding out for a return of the trio for awhile now.

Unfortunately, for fans of the trio who weren’t lucky enough to be situated in London on Wednesday, Sounds of the Universe confirmed that they are completely sold out of the new single, and it seems safe to assume that Phonica is in the same boat—or, if not, will be very shortly. The idea that more were sent to other record stores can’t be completely ruled out, but that remains unclear.

That being said, we encourage you to check out XL Recordings for more news regarding other black-label releases and more special offerings from their roster of great artists—another chance at hidden treasure could be just around the corner. Happy hunting!