David Cook Wows Us With His Down to Earth Star Power 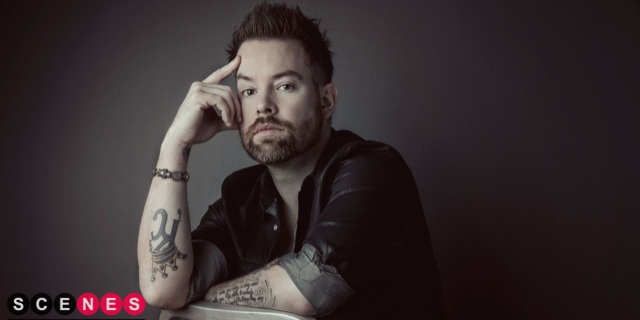 David Cook Wows Us With His Down to Earth Star Power

As a musician, where does one go after they’ve won the biggest singing competition in the land, gained millions of fans in the process, and gotten a true taste of rockstar glory? Well, David Cook, winner of season 7 of American Idol, was kind enough to appear in a Scenes Live Sessions performance in August to give us the answer. Clearly, Cook has just kept on rocking and continued rising—all the while, preparing us for his upcoming EP “Red Turns Blue.” This will be his third post-Idol EP, and comes in addition to three other full length albums released since the singing competition in 2008.

David Cook’s performance on Scenes betrays a consummate professionalism—here we have an artist who knows what he’s doing, and yet manages still to achieve the level of raw authenticity that made us fall in love with him in the first place. In spite of his star power, he opens the livestream with a soft-spoken and disarming greeting: “Hey everybody, I hope you can hear me. My name’s David Cook.” Instantly, it feels as though we are in the presence of not only a great singer, but also a kind human being—which does make a difference.

Cook opens his three song set with a fan favorite—his hit single, “Come Back to Me.” The solo acoustic performance is refreshingly restrained, while still showing off his incredible, gravelly range in its climax. It is a song of intense compassion and heart, as it explores the perspective of a lover’s willingness to give their partner space and freedom to find themselves. “When you find you, come back to me.” Already, David Cook’s sincerity is on full display in his ability to convey the complex, yet relatable, position of realizing that sometimes really loving someone means letting them go.

For his second song, David Cook uses the platform to pay homage to one of his favorite bands: Jimmy Eat World. He chooses the song “The Middle.” Once again, it is a tune we all know well, but as a result of the intimacy and presence Cook achieves, we are left hanging on every word. His solo acoustic rendition is refreshing and really displays the way in which a great performer can take a song that they didn’t write, and yet seemingly make it their own. This song, which needs no explanation here, feels like it’s given new life—or at least the space to be appreciated as more than just a pop rock radio hit. Instead, we realize the beautiful heart that underscores the lyrics, which aim to give comfort to a woman caught beneath the weight of self doubt and outward comparison. Again, Cook’s compassion speaks loudly.

Before his final song, David Cook explains that he will be closing with his new single “Reds Turn Blue,” and he adds in a bit of humor: “If you like it, please go stream it, buy it, do whatever; if you don’t like it, do the same. Stream it. Buy it, because yea—.“ Following a wry smile and a subtle, centering breath, he starts in on a bonafide alt-rock anthem. Sonically, the tune is a perfect vehicle for Cook’s roaring voice to shine. It features a haunting, steady guitar accompaniment replete with droning notes that is reminiscent of The Goo Goo Dolls. Lyrically, it is a cryptic rock piece that, in signature fashion, aims to comfort the song’s subject who finds  themselves restless and victimized by life—or at least their perception of it. To me, it attempts to assure someone that they are not alone in their rage (their reds) or the depression it can turn into (their blue). Regardless of the specific intention of the lyrics, what is clear is that David Cook truly understands what it means to love someone, even in their darknesses.

All in all, David Cook’s performance for Scenes continues to prove that his American Idol win was by no means the sum of his artistic expression. It was merely an impressive launchpad for his artistry to get the widespread attention it deserves. Further, I would reiterate that Cook is a rare and refreshing example of a great artist, who is also clearly a kind, deeply compassionate, and good human being—who uses his platform and his talent to comfort and unify those who are caught up in life’s struggles. For more information on Cook’s upcoming “Reds Turn Blue” EP, check out his website, and also enjoy his Scenes Live Session below—we were so grateful to have him!