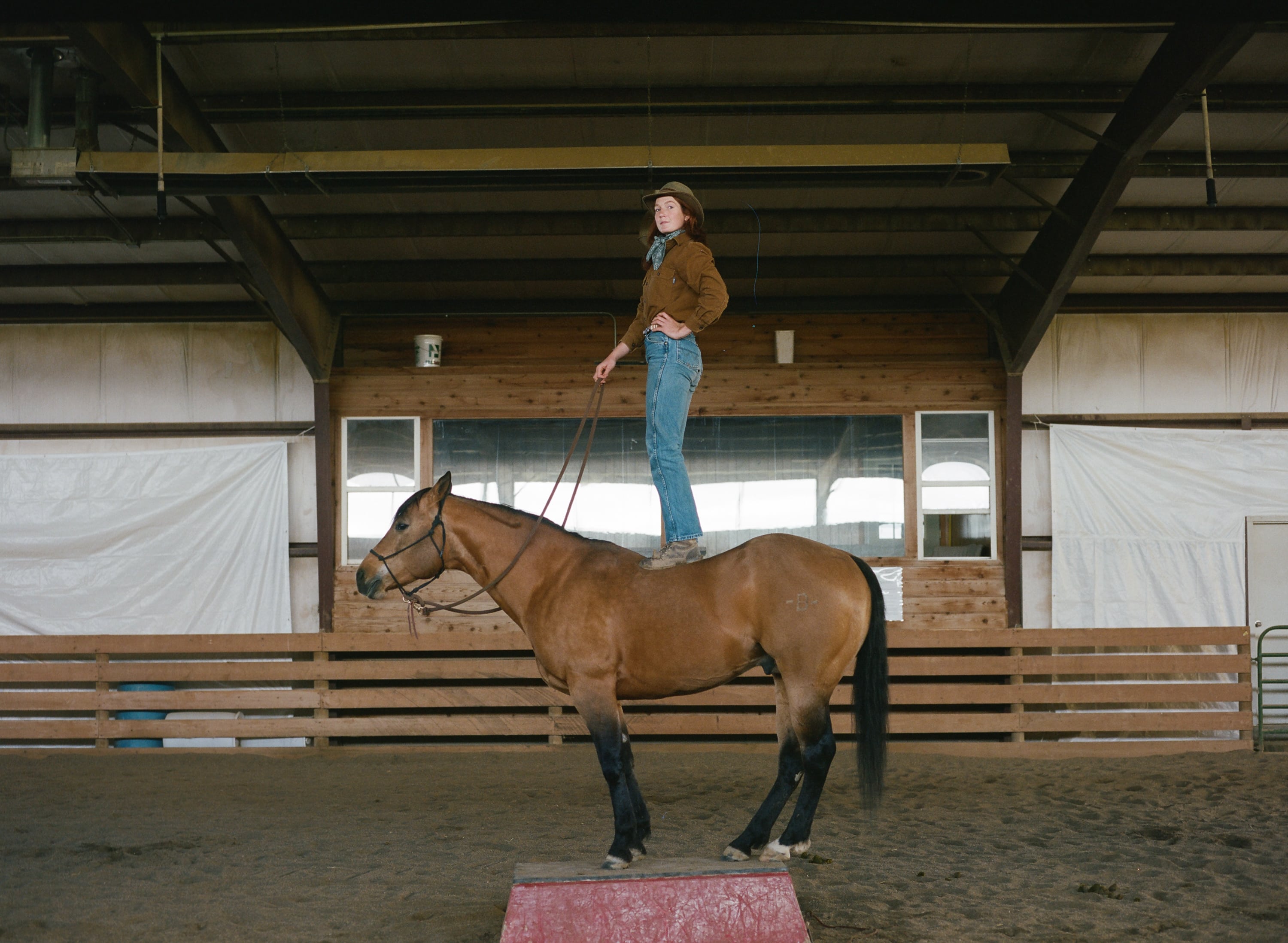 This summer I got to play one of the most famous women to emerge out of my historic hometown of Cody, Wyoming: Caroline Lockhart. The show ran in the same western town that gave both this legendary woman and me our western roots … I only can hope to blossom into a legacy as epic as hers.

As a young woman into her middle years, Caroline worked as a reporter for The Boston Post, The Philadelphia Bulletin and the Denver Post. In Cody, Caroline owned and ran a bar during prohibition and owned and edited the local newspaper. She also published six novels – two of which were made into major motion pictures: Man from the Bitterroots (1916) and The Fighting Shepherdess (1920).

It was so cool to play a woman I’d like the live up to. I mean, I’ll be feelin’ pretty good about my writing career if I write six successful novels and a couple of them get made into big-time movies. That’d be alright by me.

Check out a snippet from my 20-minute monologue as Caroline. You’ll learn she became rather famous in her day – one of the most well-known writers in America.

I mean, when you’re in the celebrity leagues of Buffalo Bill, you kind of know you’ve made it 😉

Hope you enjoyed this little slice of Western history and the fierce spirit of Caroline Lockhart [shot in our SCENES satellite studio in Cody, Wyoming]!

Monologue excerpt from: The Cody Monologues – Famous and Infamous Women of the West, written and produced by Playwright and Director Bethany Sandovik, another legendary lady here in Cody.