The Importance of Storytellers

Home Culture The Importance of Storytellers

The Importance of Storytellers

We are all storytellers, no matter the medium. As humans, we naturally respond to the human narrative. Every day we tell our own story and define our worldviews and the worldviews of those around us through the lives we lead. Those lives lived out become the stories that shape our world.

But some of us are blessed to tell stories in other ways – with numbers, words, or images. Regardless of the medium, we either choose to model stories of great character, integrity, and truth, or those of death, destruction, and chaos.

The choice we make can make a difference in those that are listening and watching – especially our children. 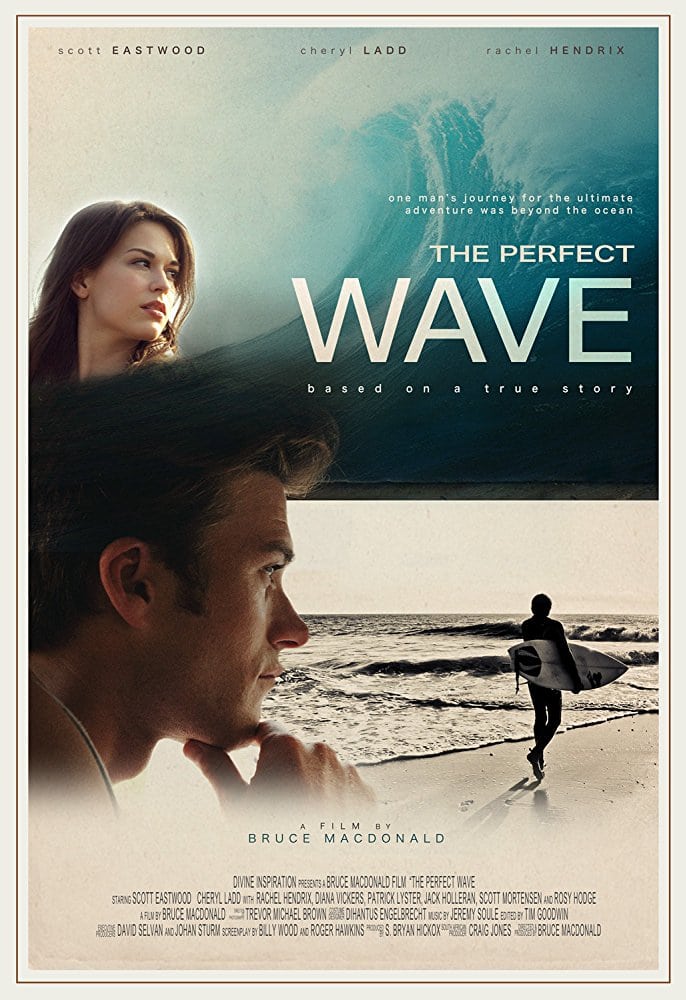 As I approach my 80th birthday, I look back at the past 60 years of my career in “show business.” I wonder how much perspective I’ve gained, because the business certainly has changed, both in content and character.

What hasn’t changed is how I see myself. I’ve really never considered myself anything more than a simple storyteller or maybe a logistical supporting partner to storytellers.

Also, I’ve always believed the storytellers define our culture and our perception of the truth. I believe they have since the beginning of time – first with prehistoric drawings scratched into the walls of caves, then on scrimshaws carved in ivory, and even on architectural friezes on Roman and Greek buildings. Then, in the great oral tradition, stories of history were handed down from one generation to the next in Africa and the Middle East and by storytellers around campfires in the American West.

However, probably more than ever in our human evolution, those storytellers are now shaping our views at the speed of light through everything from the digital images on movie screens and televisions to I-pads, smart phones and the newest brand of computers we wear on our wrists.

Here are a few facts that may surprise you.

If a child goes to church twice a week, from the time they are born until they are 18, they will have spent 2,800 hours in church. The same child takes in more than 18,000 hours of television and movies. That’s over 5,000 more hours than they will spend in school over 12 years of classes.

The average teenager sees 50 “R” rated movies a year and at one time MTV claimed “We own the ninth graders in America.”

By the time a child finishes elementary school he or she has seen 8,000 murders in movies and on television.

Just in case you don’t think films, be they on a big screen or on TV, influence behavior consider the following from author Brian Godawa’s book, Hollywood World Views.

• In 1915, D.W. Griffith’s film Birth of a Nation sparked race riots throughout the country.

• By 1920, movies had transformed America by setting societal trends. Women in the movies smoked, used make-up, cut their hair, and abandoned the stiff corset for the more comfortable skirt, which featured a hemline that rose a little higher every year.

• The year Clark Gable took off his t-shirt in It Happened One Night, t-shirt sales plummeted.

• In Rebel Without a Cause,  there were scenes of teenagers slashing tires. The following year, thousands of tires were reported slashed all over the U.S.

• When Risky Business came out, the sale of the Ray Ban sunglasses Tom Cruise wore in the movie skyrocketed.

• A River Runs Through It single handedly revived the fly-fishing industry.

• According to the American Library Association, more than 100,000 teenagers signed up for a library card within a week of “The Fonz” taking out a library card on Happy Days.

• And in 72 hours, GAP Ladies Apparel sold every pair of jeans that they had in stock from one fashion show on The Oprah Winfrey Show.

We Can Really Make a Difference

Yes, we in the storytelling business, must have the freedom to tell the truth, but freedom does not exist in a moral vacuum. It always involves responsibility. So, what does responsibility mean for us as producers, writers, and directors? I think it means being faithful to the truth and not just the part of the truth our audiences may want to hear but the whole real truth they need to hear. And it means being concerned about the well-being of our viewers, especially the most vulnerable ones. 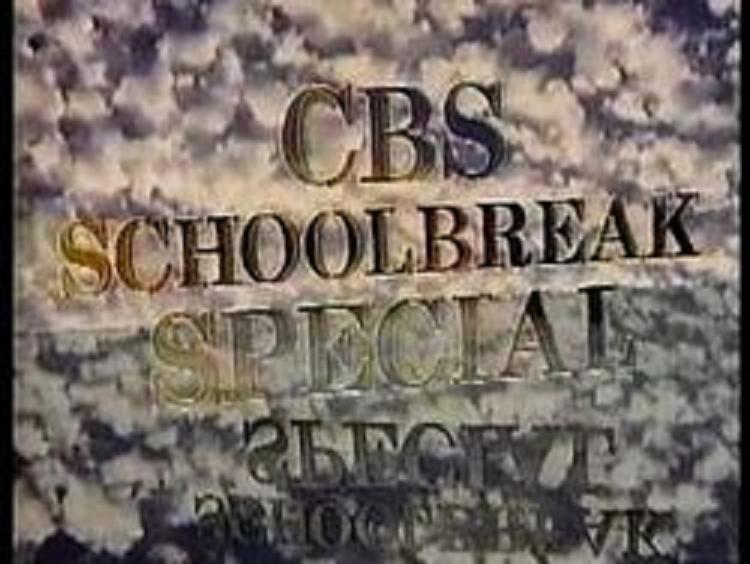 Early in my career I had the opportunity to co-produce, with my partner Jay Daniel, an After School Special for CBS entitled Dead Wrong: The John Evans Story. It was the true story of a 33-year-old convicted murderer about to be electrocuted in a prison in Atmore, Alabama. The prison chaplain worked with Evans to make a video that encouraged kids not to lead the kind of life he had led. I contacted the chaplain and found out that ABC’s Nightline had shown interest in the tape. I persuaded him that kids don’t watch Nightline, but that I might be able to get CBS’s Daytime boss to air a drama based on the Evan’s tape as an After School Special. I asked him to fly out to my office in California and to bring the tape with him.

The chaplain agreed. He arrived a few days later. The very first thing on the tape was the real John Evans looking right into camera saying, “My name is John Louis Evans the 3rd and I’m going to be electrocuted in four days. I have some things I want to tell you and if you’re smart you’re gonna listen.” I stopped the tape called the network, told them what we had and got an order on the phone. It was a pivotal turning point in my career.

The Emmy winning program we produced (that E. Arthur Keane wrote and directed) was the true story of a young life gone wrong, dead wrong. John Evans was a teenager that started his life of crime stealing model trains from the local hobby shop. Then, as a young teen, he escalated into robbing convenience stores, gas stations, and ultimately a pawn shop in Mobile, Alabama. That’s where John’s accomplice, Wayne Ritter, shot the pawnbroker in front of his two young daughters. Shortly thereafter John and his partner in crime were apprehended and faced the death penalty. A few days before John Evans was electrocuted in the prison in Atmore, he agreed to make the videotape at the prison chaplain’s request.

In our film, right after John Evan’s opening statement we dissolved to a dramatic re-enactment of John’s life, but we used John’s actual voice from the video, now a voice from the grave, to narrate the entire film. The result was emotionally powerful and terrifying.

CBS was terrific about promoting the special and as a result we were besieged with requests for interviews before the show aired. I had our production designer Peter Wooley bring the electric chair to my office and had each reporter sit in the chair for the interview.

The program was the highest rated children’s program in CBS’ history. Within two weeks of its airing we received over 40,000 cards and letters from kids and their parents telling us our film changed their lives. Incredibly, many kids admitted, for the first time to their parents, that they were stealing and vowed to stop.

Probably the most moving letter was from John’s mother, Betty Evans. She stated, “There may be a tear or two on this note because you definitely did it – you told our story. The scene where we have to part on that last day was the hardest to watch. How could you people know that the quiet way we embraced – too charged with emotion to speak was exactly as it was? Let’s hope the youngsters who see this get the message on time. Yes, I cried but it was not because you opened cruel wounds – it was because you gave my son his final wish.”

I’m convinced that the unvarnished and raw truth in our film made a real difference in thousands of people’s lives. Once I was involved in making that kind of film, that was the only kind of film I ever wanted to make. The actors approached the work differently and the crews knew we were trying to tell a very emotional, special story that had the potential to impact thousands of viewers.

I still just want to continue to make films that celebrate truth and have the potential to change human understanding and behavior. I realize, after doing this for over 60 years, that being invited into millions of living rooms and theaters with our filmed messages carry with it an enormous responsibility, a responsibility to tell the truth. Ithink there are storytellers out who still want to find and shine a light on the truth, and if we support and endorse those storytellers, they can make a profound difference in the world.

Furthermore, I believe each one of us too can make a profound difference as well with the story of our own lives. My hope is that more and more of us have the strength of character and courage to live lives based on truth, compassion, and love for one another.

Then, hopefully the great character, integrity, and truth within our stories will forge the values and views of future generations.