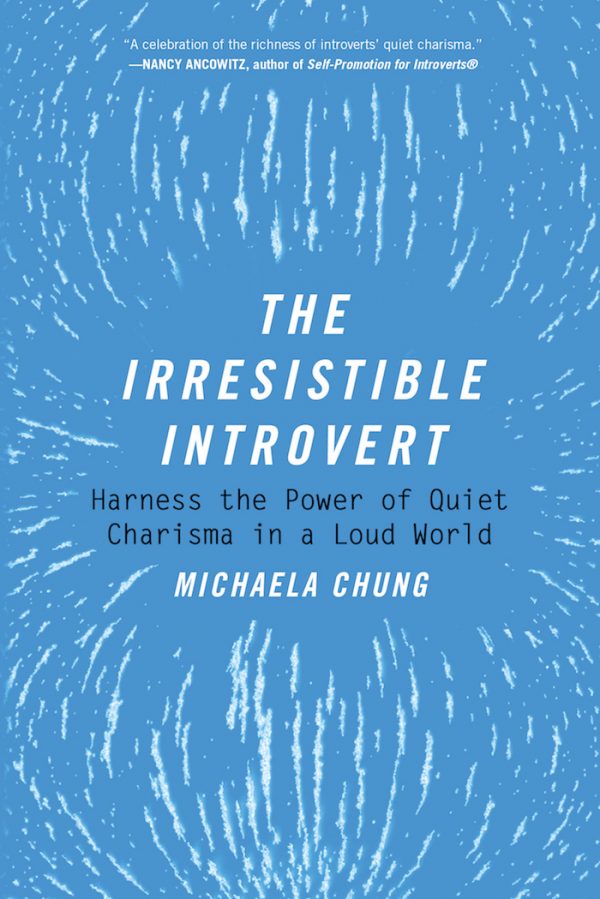 Published by Special Arrangement with Skyhorse Publishing. The Irresistible Introvert by Michaela Chung is available for purchase at Amazon, Barnes and Noble, or your local indie bookstore.

The Right to Remain Silent

In a world of non-stop noise, silence is a real treat, especially when shared. In her book, The Art of Asking: Or How I Learned to Stop Worrying and Let People Help, Amanda Palmer tells a story about a silent dinner she shared with her husband, author Neil Gaiman. While at a candlelit restaurant, the couple decided to forego talking and, instead, wrote notes to one another throughout the meal. “[B]y the end of the meal we’d shared a degree of intimate information that we probably wouldn’t have if we’d just been sitting and chatting,” says Palmer.

So, a married couple shared a meal in silence, passed a few notes — what’s the big deal? There are plenty of other couples that share meals in silence. I see them all the time. The husband leafs through his newspaper, while the wife stares into her phone. Neither says a single word. Here is another familiar scenario: The wife or girlfriend is mad, so she sits in a kind of silent protest, while the man keeps his head down and his mouth shut. The underlying message in these scenarios is that silence equals disinterest, anger or apathy. However, silence can mean something very different for introverts.

Far from being bored in silence, introverts are often absorbed in a world of colorful thoughts. We are eager for the pause because it gives us the chance to mentally digest what we have seen and heard. If others didn’t find silence so awkward, we could actually enjoy these moments of quiet. But, alas, this is not the case.

Our culture fears silence. Gaps in conversation are quickly filled with fluffy banter. The silent spaces in the day are crowded out by constant noise pollution. This aversion to quiet is a worldwide epidemic. During my travels I discovered that it is especially obvious in highly extroverted cultures, such as those in Latin American countries. During my yearlong journey, I spent two months in Colombia, a country known for its vibrant people and landscapes. The entire nation seemed to be in a constant state of celebration and gyration. Even in the wee hours of the morning, the residue of laughter and music lingered in the hot air. At times, it felt like every inch of space was saturated with noise.

During my first week in Colombia, I took a bus from Turbo to Medellin. It was an eight-hour ride with a late-night arrival time, so I planned on sleeping during the last half of the journey. I experienced a rude awakening (literally) around 11:00 p.m. All the lights and televisions came on and salsa music blasted from every speaker. I looked around, irritated, expecting others to see the outrage of this late-night noise assault. But no one else seemed to mind. For them, blaring music was a welcome part of the ride. Like laughter and colorful conversation, music was meant to be shared. Silence was something to be avoided.

Sound dependency is rampant in North American culture, too. We might be subtler about it, but we are just as eager to slaughter silence. Talking someone’s ear off is normal; sitting in silence is awkward. We would rather have background noise follow us everywhere we go than allow silence to take center stage.

I can understand the reasoning behind our culture’s campaign against quiet. Silence feels uncomfortable if you’re not used to it. In an impatient world of instant gratification, noise allows us to stay focused on the outside. Silence urges us to turn in. Even for introverts, the idea of turning inward can be frightening. It’s as if we are lifting a giant rock that has never been moved—anything could be under there. We imagine a colony of dark critters leaping out at us, or even worse, a poisonous snake. Silence creates space for worry, self-criticism, and obsession to seep in. Snakes rarely strike above the ankle, but our thoughts go straight for the jugular.

It’s not just our own critical thoughts that taunt us in the shadows of silence. The judgments and opinions of others reverberate through our memory, producing a flurry of guilt in their wake. Combined, these menacing thoughts create what I like to call the “Should Voice.”

Turning Down the Should Voice

The Should Voice is comprised of all the things people tell us we should do to fit in. Introverts are overwhelmed by the never-ending list of “shoulds” that are doled out to us like candy from a young age:

“You should always say yes to an invitation.”

“You should be open and friendly with strangers.”

“You should play with the other children instead of playing alone.”

“You should smile and be enthusiastic, even if you feel otherwise.”

“You should engage in small talk and like it.”

“You should be flirty and giggly like the other girls.”

“You should be bold and gregarious like the other men.”

“You should stay until the end of the party.”

“You should come out of your shell.”

“You should adopt a new personality because yours doesn’t meet the status quo.”

“You should not spend too much time alone or others will think you are boring or depressed.”

Introverts hear these shoulds so often that they burrow their way into our psyche and overpower our inner voice. When we listen to the Should Voice we act out of obligation instead of conviction. We say yes to activities we would rather run from because disagreeing might be considered rude. Being agreeable is a form of self-preservation for introverts. Nodding our head takes less of our precious energy than voicing our true beliefs and opinions.

During my travels, I learned to live with less. My entire life fit into a small suitcase. My mental landscapes became more spare as well. The farther I got away from the voices of my family, friends, and culture, the clearer my inner voice came through. If you could climb inside my head and do a comparison of what it looked like before and after my epic journey, you would find two very different spaces.

In the past, I had made decisions to please or impress others. With more freedom and time to myself, I started examining everything I believed. I also questioned my desires and feelings, listening carefully to find out if they belonged to me or somebody else who had been taking up precious real estate in my head. As more and more voices were evicted from my brain, making decisions became easier. The Should Voice no longer dictated my choices.

I’ve written about the Should Voice on my personal blog, Introvert Spring. On one blog post, a reader commented, “Currently working very, very hard to eliminate the word ‘should’ from my vocabulary (both internal and external), by replacing ‘should’ with ‘could.’ This is helping me to deal with my guilt and shame by being kinder to me.” I love this. Acknowledging our power to choose is one of the kindest things we can do for ourselves. There is a big difference between saying “I should go out tonight” versus “I could go out tonight.” The first statement seems heavy, weighed down by guilt. The second statement is lighter and less daunting because the element of choice is present.