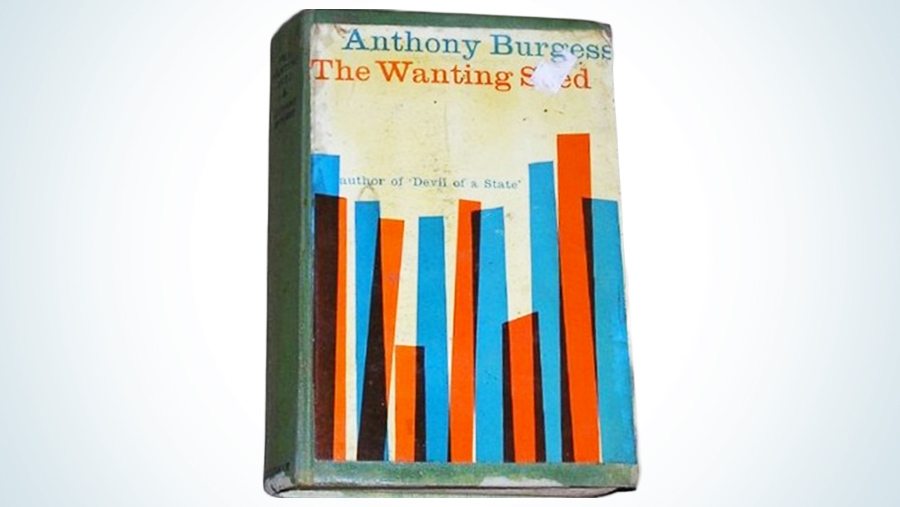 Following the news, I get more and more outraged. Not at God. Nor at Islam. Not even at my fellow man. The person I really resent is whatever satirical novelist is scripting our daily events from Hell. Or Purgatory, at best. No writer in Heaven would be cruel enough to inflict all this on us. Or would he? Perhaps to teach us a lesson. …

Love Among the Ruins

Is it you, Evelyn Waugh? You predicted our transgender madness, the euthanasia craze, and the toxic, infantilizing effects of the welfare state in Love Among the Ruins. Now are you pulling strings to make it all come true? Is this payback for that lousy movie adaptation of Brideshead Revisited? Enough, already.

The Camp of the Saints

I would ask Jean Raspail, who wrote The Camp of the Saints, to accept that we’ve learned our lesson. Yes, you were dead-on right that self-loathing Europe would die not with a bang but a simper. The same glum hedonists who won’t have any children and warn that the slightest upsurge in Christian practice could lead to the Inquisition: they’re falling over themselves to show how “open” and “welcoming” they can be to Dark Ages-haunted theocrats, who have families of six and seven kids at taxpayer expense. I expect no mercy from you, Raspail. The French are an unforgiving race.

But really I’m angriest at Anthony Burgess (most famous for A Clockwork Orange — far from his best book). If there is a single culprit, one writer who sketched out what would happen to us today, it’s you, Anthony. In The Wanting Seed you laid out a compelling theory of history: That the back and forth of ideologies and religions in the West acts like a see-saw. We always are either at or on the way to one extreme or the other. We oscillate between two theories of man.

One theory is that we can engineer man to be better, and make earthly life close to perfect. All we need to do is follow secular reason, impose more controls, and allow our enlightened elites to shepherd us forward to Eden. You dubbed this “Pelagianism,” after the English heretic who believed that God’s grace is optional and Jesus was just a really, really uplifting example. You linked it with socialism, Malthusianism, science-worship, and population control.

A society in its grips, you cannily predicted, will try to suppress the family, and hold up as heroes not just homosexuals, but actual eunuchs. Did you see Bruce “Caitlyn” Jenner offering President Trump advice in some crystal ball you consulted?

The other extreme is that man’s animal instincts and inborn evil are fundamental to his being. They will always overwhelm attempts to perfect human society. War, hierarchy, cruelty, and other historic evils: baked into the cake. There is no sense in trying to wipe them out, or even limit them. Instead we should harness and use them, and try to make sure that our group holds the whip hand instead of other people’s. Unfairly, I think, you labeled this “Augustinianism.”

In the novel, you pictured the Malthusian/Eunuch state collapsing all right — as indeed it is, before our eyes. You imagined a resurgence of fundamentalism, militarism, bloodlust, and primitive tribal hatred. On all that you were dead right. But you pictured it happening among Westerners, even Anglicans! What your visions didn’t tell you, at least in this novel, is that its agents would be Islamic. That they would be newcomers welcomed in by the pallid, Malthusian optimists. To give you credit, some twenty years later you did see the Muslim takeover coming, and wrote about it in your novella 1985.

The Wanting Seed is the creepiest, most chillingly prescient piece of literature I’ve ever come across. Plug in “Islam” for “Augustinianism,” and the novel flat-out predicted the events that wouldn’t happen till 50 years later. About how many other books can we say the same?

Pope Benedict on Technology vs. Islam

For the last piece of the intellectual puzzle, see Pope Benedict XVI’s famous speech at Regensburg. He pointed out that the dark shadow cast by the West’s obsession with godless speculation and technology was Voluntarism: the grim belief that Will, not Reason, is the ultimate force in the universe. That is the theory of God that most of Islam clings to. It feeds the cult of violence which has always accompanied that religion, wherever it conquers. The individual terrorist channels the capricious wrath of God.

Burgess’ novel is grim, alarming, funny, and deeply pessimistic. It needs to be made into a miniseries for Netflix. At the very least, it should be required reading for every Western college student. It’s only fair to warn them what they’re in for.

And Anthony, we get the point. Please cut it out.