The Magical Appeal of Harry Potter 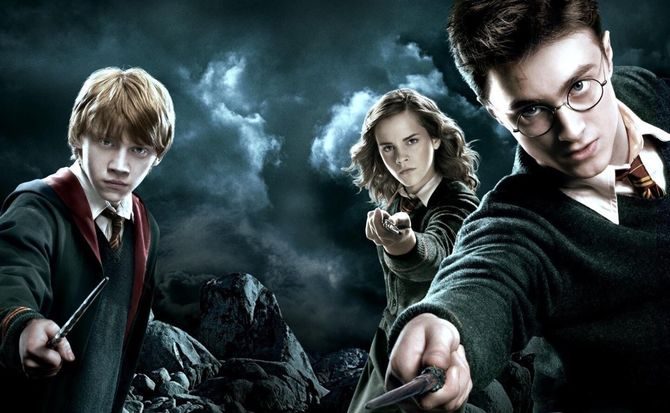 The Magical Appeal of Harry Potter

In 1997 children in Year 4 at a local Sydney girls’ school told me that I had to read a novel called Harry Potter and the Sorcerer’s Stone.  To explain why, they told me that its hero, a young boy of eight named Harry, had exciting adventures with very amusing features.  Almost at once, when I got hold of this novel, I discovered that their claim was true.

The Harry Potter series of seven books was completed in 2007. Each time a new book came out, I read it eagerly, as did my closest friends. Prepared to stand on long lines at local shops as soon as a new volume was released, we oldies clearly resembled the children on these lines accompanied by at least one adult. The obvious question to ask, therefore, is why these books were, and continue to be, so unusually appealing.

J.K. Rowling’s fans, old and young, know that like all fantasies, the Harry Potter books abound in magic. Boys and girls at the British boarding school Hogwarts, and in settings closer to home, ride on broomsticks to get around quickly and play sport. There are endless surprises for them and for readers: small shocks linked with the habitual use of wands, spells that can go wrong, temporary disasters responsible for grave injuries, and friendships tainted by the major failures in understanding common to every human life.

Older primary school children and teenagers respond straight away to the author’s remarkable cleverness. Her verbal adroitness is dramatised most obviously in place names and the names of characters: Privet Drive, Horace Slughorn, Narcissa Malfoy, Remus Lupin, Stan Shunpike, Cornelius Fudge, Bellatrix Lestrange, Mad-Eye Moody, Sirius Black. Avid young readers laugh aloud at oddities or puns contained in these names, like ‘strange’,  ‘serious’, ‘slug’, or ‘mad-eye’.  If adults help with words with multiple meanings — for example, ‘fudge’ not as candy but as the verb ‘falsify’ or ‘cheat’—youngsters typically express delight.

Although literati have tended to rate Tolkien above Rowling, the many inveterate readers in my own life prefer the Harry Potter books to The Hobbit and The Lord of the Rings.  The reasons are simple.  Rowling’s novels race along.   They don’t contain prolix bits that tax patience.  In attractively readable prose they dramatise familiar risks and dangers, particularly those propelled by cruelty. They feature as many feisty female as male characters, the girls facing difficulties that are not off-putting for boys. And their baddies and goodies are clearly distinguishable once readers are exposed to telling situations that reveal deep underlying dispositions.

Most important: revelations about the author’s major concern–the abuse of authority–are utterly credible and illuminating. Readers witness such commonplace wrongs as lying, greed over possessions, gluttony, bullying, laziness, and attempted hoodwinking.  Mind games abound.  But, since Rowling clearly loves justice in life, her protagonists come to know the meaning of trust, honour, resilience in the face of adversity, and wise resolutions of tough conflicts.

Although the series becomes darker as it evolves — for reasons linked with Harry Potter’s own coming of age — the last three novels are appropriate for older children. Of particular interest are struggles to avoid serious temptation. The choice in Rowling, almost always, is integrity versus the love of power, status, and total control.  But the battle to maintain virtue when compromising alternatives beckon is never oversimplified.  Its diverse physical, emotional, and intellectual demands are brilliantly dramatised.

Devoted teachers of literature tend to re-read great works after a significant absence.   Although I haven’t yet re-read the Harry Potter series, when I do decide to do this I will start at the beginning.  My expectation is that all of the books will be as rewarding as the greatest classics always are.  They will be page turners.  They will keep readers awake until well after their usual bedtimes. And, above all, they will illuminate moral issues—questions about what is right and wrong in human conduct—in the enduring ways that outlast individual life spans.

Dr. Susan Reibel Moore first began publishing literary criticism in the 1970s, over ten years after she received her first two university degrees at Oberlin College and Harvard, and two years after she completed a PhD in English Literature at the University of Sydney. Her most recent book, the 4th edition of What Should My Child Read? (Five Senses Education, Sydney), will soon be out. This column first appeared at Mercatornet.com and is reprinted with permission.