The Last Days of Night by Graham Moore

Home Culture The Last Days of Night by Graham Moore 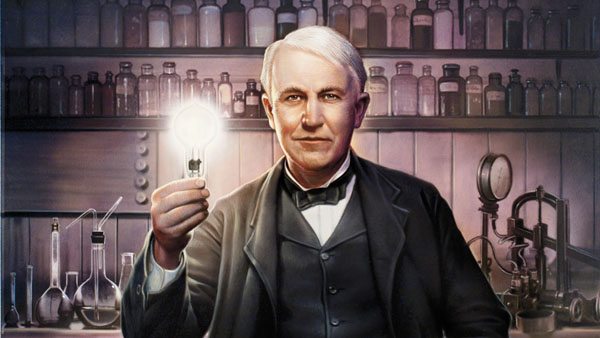 The Last Days of Night by Graham Moore

It takes a very special story for me to engage in fiction. The Last Days of Night by best-selling author Graham Moore is such a story. Even as a work of “historical fiction,” it will appeal to history buffs.  It will appeal to those interested in invention, technology, business, the practice of law and entrepreneurship.

Set in New York City and Pittsburgh in the late 1800s, The Last Days of Night centers in the invention of the light bulb, the war over the adoption of A/C current, the largest ever patent-lawsuit (Edison vs. Westinghouse) and the creation of today’s global giant General Electric.

It follows the ground-breaking “non-fiction fiction” or historical fiction art form pioneered in 1966 by Truman Capote’s award winning “In Cold Blood.” The author states, “the bulk of the events depicted in the book did happen and every major character did exist.”  But adds that nothing (in the book) should be understood as verifiable fact. This book is a “Gordian knot of verifiable truth, educated supposition, dramatic rendering and total guesswork.”

Cravath, the protagonist, is a 26-year-old attorney only 19 months out of law school. The story begins with Cravath being hired by Westinghouse to prosecute a patent-related lawsuit against Edison to prevent him from having a monopoly on “light.” The central issue at the heart of the legal squabble was “who invented the light bulb?”

The first electric lamps a century earlier and by 1878, arc-lighting systems and electrical “candles” were being sold to cities and towns throughout the U.S. However, the quality of light was bad. Gas lights remaned, as they were far safer and more beautiful.  The market for a better bulb was immense and not crowded.  Much was at stake for both the winner and the loser.

Nikola Tesla, an inveterate inventor, plays a central role in the book as the inventor of A/C. We learn that Tesla, thought to be eccentric by all who knew him, was possibly a schizophrenic.  Agnes Huntingon serves as Tesla’s patron and as a romantic interest for Cravath.

Edison’s lawyers claimed his patent covered all designs of all light bulbs. It was up to Cravath to show that Edison patented a specific lightbulb, not the entire idea of the lightbulb. Tesla, who worked at one time for Edison was hired by Westinghouse to beat Edison by having him make a better light bulb. Tesla’s genius and Westinghouse’s need to win motivated Tesla to invent alternating (A/C) current and a new bulb that would operate on A/C.

The war over the ownership rights to the light bulb grew. It become the war of current (A/C vs. direct current) and the commercial beginnings of electricity generation and distribution.

Edison versus Westinghouse became an undead lawsuit. It lived on beyond the time litigants cared about its result. Edison’s patent was eventually upheld in the court but it was soon to expire.

Cravath went on to create what has been known as one of the premier U.S. law firms, Cravath Swain and Moore, for nearly two centuries. He developed a pyramidal structure, the “Cravath System,” to handle the light-bulb suit. It proved useful in other cases as well. Each suit was overseen by a partner at the firm, below which a team of associates handled the daily drudgery of legal work. The associates ascended through a hierarchy of their own. They became partners themselves based on the length of time they had been with the firm. This system rivaled Westinghouse’s factories for efficiency of production. Cravath turned the practice of law from a craft into an industry.

Edison, Westinghouse and Tesla, who in their own ways, changed the world: they did what they loved; “for Edison who loved the audience it was the performance.  Westinghouse was different as he loved the products themselves and he made them better than anyone else. Westinghouse did not want to sell the most but wanted to make the best. Tesla, the third leg, only cared for the ideas themselves. Once he had an idea, he was done, he knew he had solved the problem and moved on.” Only together could these three have birthed the system that is now the bone and sinew of these United States.

As an engineer and an entrepreneur who has been involved at various levels in the commercialization of over thirty inventions, I found The Last Days of Night to be one of those great “hard to put down” books.

So, Edison, Westinghouse and Tesla — who invented the light bulb? That was the question that had started the story off. Once again, only together could they have birthed the system that is now the bone and sinew of these United States – escaping from her past. It can’t  be said enough.

Moore’s geeked-out passion for the mathematician Alan Turing won him an Academy Award for the screenplay of The Imitation Game. He is now working on the film adaptation of  The Last Days of Night in which Eddie Redmayne will play Cravath. The film is being produced and directed by the same team behind the highly lauded Imitation Game.

Thomas M. Laorie is an entrepreneur specializing in medical technologies