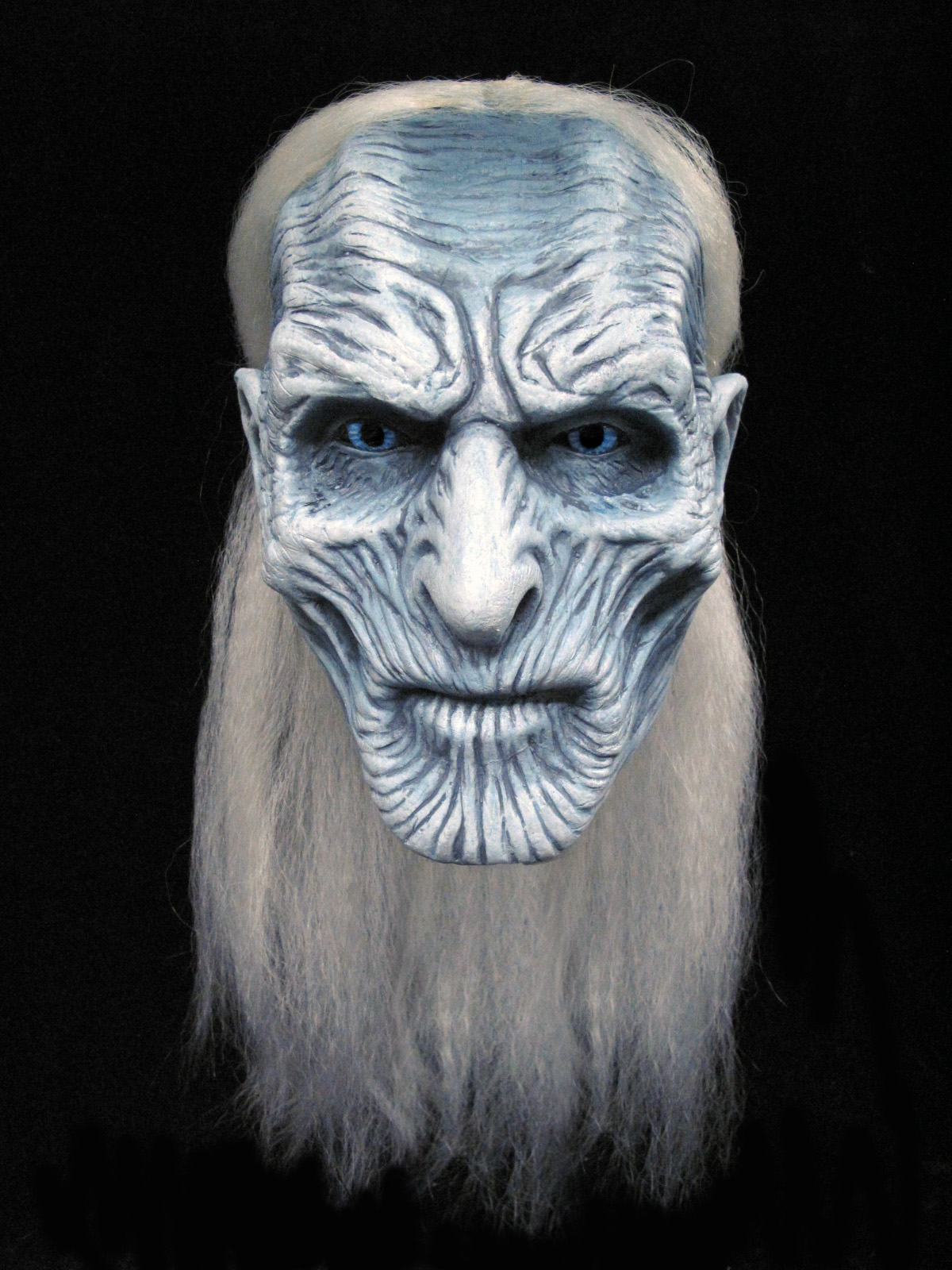 After the much talked about angst-ridden premiere of The Walking Dead, expect to see to a rise in Negan and Lucille Halloween costumes this weekend. But please, be safe, and perhaps invest in some plastic barbed wire so that Lucille isn’t quite so deadly.

Of course zombies have a been a Halloween costume staple for years, with Michonne, Rick, and Daryl rivaling the zombie in the last few years. But again, go with a replica crossbow or samurai sword for safety’s sake. Unless of course you see someone dressed as Carl for Halloween. At that point, all bets are off.

One upping the folks at AMC is the PR machine that is HBO, with their release of officially licensed Game of Thrones Halloween merchandise. You can get a White Walker mask, because as the calendar tells us, winter is coming. There is also little shoulder dragon that you can purchase to really make your Daenerys Targaryen costume pop. There are also dragon egg canisters to dress up your home for the Halloween party that you’ll be hosting.

For a mere $110 you can get a Jon Snow gambeson (the defensive padded jacket he wears). A Ned Stark gambeson is also available, but at a single season only discount. And for just $69.99 you can dress up your Sansa Stark costume with a replica of the necklace she wears, complete with two-inch round agate snail stone and three-inch zinc pendant.

Of course if you have a group that you can dress up with, you can’t do much better than going to a Halloween party as the entire gang from Stranger Things. A blond wig, pink dress, and bloody nose is all you need to make Eleven. A brown curly wig and red, white, and blue hat gives you Dustin. And if you have brown or beige clothes, all you need is to pick up a badge to bring Chief Hopper to life.

Other favorite television characters that you’re likely to encounter during your Halloween merriment is Oswald Cobblepot from Gotham. Twin Peaks is coming back, so expect the Audry Horne costume to make a comeback. Laura Palmer is a little harder to pull off, unless you don’t mind being wrapped in plastic. And there should also be a steady diet of Luke Cage, Supergirl, and any of the women from Orange Is the New Black. Although personally I think Crazy Eyes is the way to go there.