Sherlock Set to be Our First Television Gift of 2017 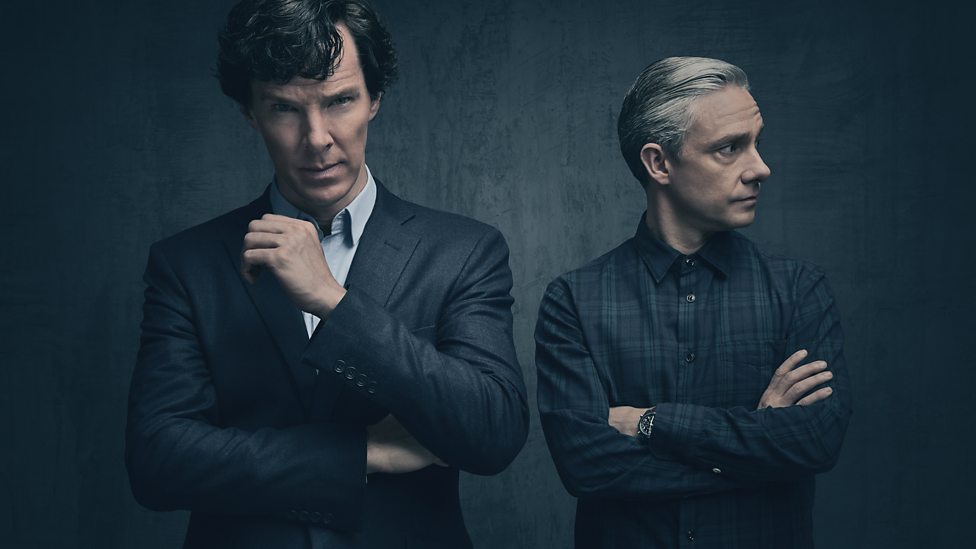 Sherlock Set to be Our First Television Gift of 2017

Certified by the Guinness Book of World Records, Sherlock Holmes is the most portrayed literary human character in television and film. And we are now just a matter of hours away from his return to the small screen and an additional three appearances added to his television tally, courtesy Benedict Cumberbatch and Sherlock (premiering January 1st on BBC/PBS).

Martin Freeman, who plays Dr. Watson on this latest incarnation of Sir Arthur Conan Doyle’s creation, explained that what makes this show work in an era of television when an adaptation of a literary work dating back to 1887 isn’t necessarily a natural fit, is simple – take creative license within the source material. “While we play fast and loose with the original stories, we generally follow the trajectory of what Conan Doyle did.”

Episode One, to air on New Year’s Day, is called “The Six Thatchers,” which is a reference to Conan Doyle’s story “The Six Napoleons.” In that tale Holmes is on the case of someone who keeps smashing busts of Napoleon, until one of the incidents also involves a murder. Don’t expect “The Six Thatchers” to be a mirror of the story that was first published in 1904 – the modern take and the license that Freeman was talking about is why this series is so good. But it’s an obvious nod back to the original that keeps the classic Holmes fan happy as well.

Episode Two is titled “The Lying Detective,” which sounds an awful lot like the story “The Dying Detective,” first published in 1913. In that story Dr. Watson is tending to a gravely ill Sherlock Holmes who is thought to be dying from a disease he contracted while on a case. Not to give anything away, in the likelihood that you haven’t read the story, but the change of one letter, taking Dying to Lying, does indeed fit with the source material.

Episode Three, called “The Final Problem,” has fueled already existing speculation that this will indeed be the final season for Sherlock. Freeman, has said, “I am never, ever afraid of things ending. Things that we make we should end.”

Cumberbatch is also reported to have said this season “feels like the end of an era.” But show runner Steven Moffat says those words were taken out of context, and that in conversations with the cast and creative minds behind the show, everyone is “keen to carry on” as long as they can keep the quality level high.

With stars like Cumberbatch and Freeman headlining the series, and with Toby Jones appearing this season as master villain Culverton Smith, there seems little chance that the quality of the show is going to dip. And of course if they continue to stick to the original stories, there are a myriad of rich explorative paths this show can follow. For example, longtime fans of Sherlock Holmes and Dr. Watson know that shortly after Watson gets married to Mary, she dies. And if you watched season 3 you know that it was revealed, at least we think it was, that she is pregnant.

But we also once ended a season with Sherlock very much dead, so be careful what you believe. As soon as you start to make assumptions about Sherlock, it goes in a different and far more creative direction. Which is why we love it, and it’s why millions of fans will be using their January 1st holiday to watch TV.