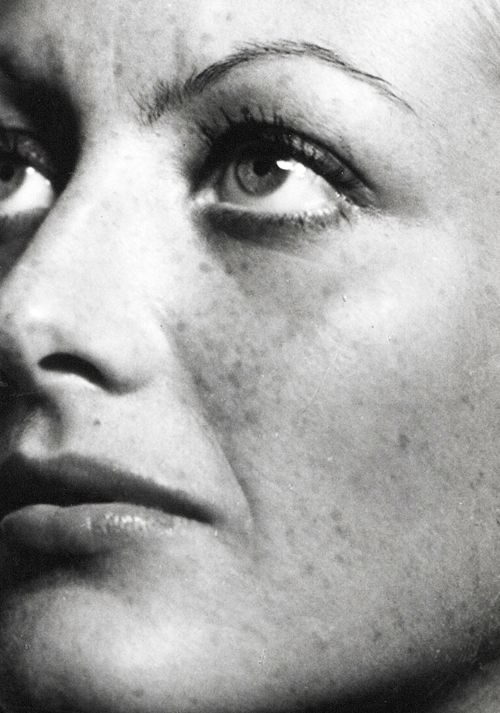 If you like John Waters, you will like this movie. Torchsong was the first of Joan Crawford’s descent (?) into high camp, and it’s on TCM, Monday night at 7:00 PM. Even if you decide to watch the debate, you can at least catch an hour of it.

The movie was Joan Crawford’s return to MGM after a 10 year absence. Why did her old studio do this to her? I have always wondered if the director had it in for Joan, and why she agree to do the film.

Where do I start?  The Torchsong Joan is as mean as Veda in Mildred Pierce. She stomps and snarls throughout the movie. Her personality is as hard as your granite countertop. She even hates the seeing eye dog needed by her blind pianist, played by Michael Wilding. Joan’s costumes are odd and often the color combinations on screen are as well.

I can’t decide which of the musical numbers did her the greatest disservice. Because MGM was watching the budget, they opted not to commission new songs for this musical.

Why did they ask Joan to dance to the exact same arrangement of the song Burton Lane and Alan Jay Lerner had written two years earlier for Fred Astaire in the 1951 MGM musical, Royal Wedding? Unfortunately for Joan, Fred sang and danced “You’re All in The World to Me,” in one of his most memorable performances, the one where he dances on the ceiling. No one could look good in comparison.

And if that wasn’t bad enough, why did they do the production number, “Two-Faced Woman,” in blackface? It is disturbing for any number of reasons and adds absolutely nothing to the movie. Joan in blackface (or really a very odd brown face) with rhinestone eyebrows is a sight to behold. If I were Joan, I would be frowning too. 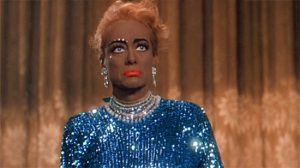 MGM, made the best musicals of anyone in Hollywood at this time, but even they could make some bad decisions.

Remember in junior high when you really needed your mom or best friend to go shopping with you, so they could say, “Honey, that dress doesn’t do anything for you.” Poor Joan needed to check with her mom or best friend before signing to do this film.

But I will probably watch it anyway- at least the first hour. A nutty melodrama can be fun, and for some reason, I have grown fond of this movie.

If you have never seen an unretouched Joan Crawford, take a look at the photograph taken by George Hurrell in 1931. She was once so pretty.