Making The Case For Dangerous Play 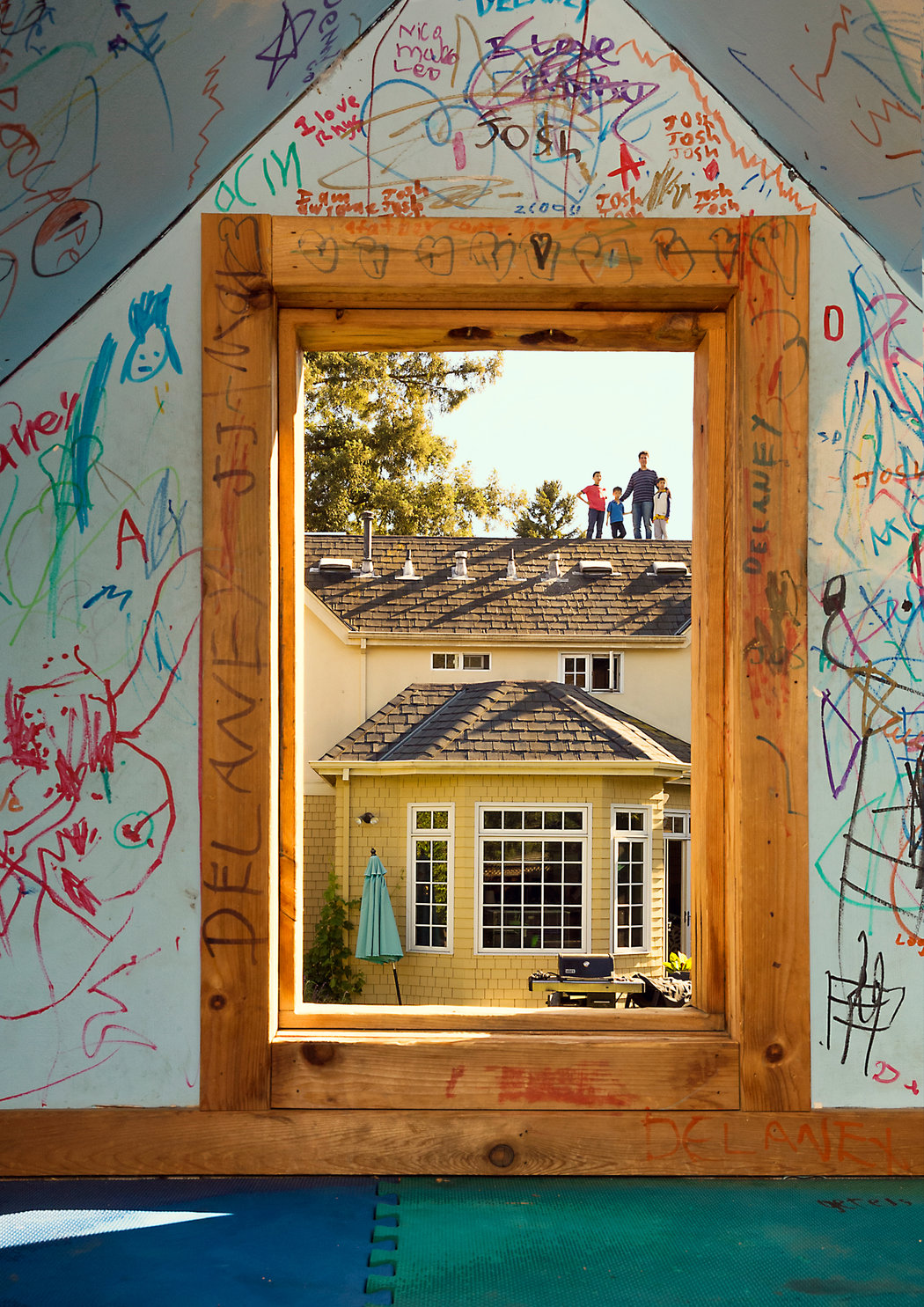 Making The Case For Dangerous Play

What are your best memories of your childhood? Are they the times indoors with dolls and games? Watching TV? Reading? Or the time spent with adults in supervised sports?

My own fondest memories are the days with friends building forts. Our house was one of the first on a new street in a heavily wooded area of Houston called Memorial.  We had the perfect location for constructing forts on the vacant lots around us and a ready supply of material for building them with salvaged lumber from burn piles where builders were putting up new houses. In January, we made our bulwarks from discarded Christmas trees. Sometimes we cut down saplings and tied them together for our walls. Grey Spanish moss used to hang all over Houston. We would pull it down from trees and hang it on strings tied between trees to give us a screen.

Manifest Destiny played a part in our activities.  We believed the vacant lots on either side of our house were ours for the taking. We tamed the wilderness by hacking through masses of tangled thorny vines and rotten logs to make trails to our forts among the dense pine, yaupon, and oak. The thick brush was also home to copperheads, coral snakes, rattlesnakes and even water moccasins.

Living a block from Buffalo Bayou, we once built a raft that we tried to launch into those dark, probably polluted waters. Like other kids of the time, we were on our bikes night and day. Our time was ours. Our projects were ours. In summer and on weekends, we had very little structure or adult supervision.  Our parents assumed we would survive these somewhat dangerous activities.

Driving those streets today,  I’ve seen a couple of professionally built tree houses, lots of traffic, no construction site, and all perfectly manicured yards. The only vacant lot is where someone has torn down a house to make way for a larger one. Where do kids learn to use tools, cooperate with others without adult direction, and gain a sense of mastery over their physical, not just virtual environment?

Asking similar questions, Silicon Valley dad, Mike Lanza of Menlo Park, California believes in play where children take physical risks without supervision. He has turned his yard into a different kind of neighborhood playground. Melanie Thernstrom describes this in an article in the New York Times on anti-helicopter parenting. Here are a few nuggets from it:

“Think about your own 10 best memories of childhood, and chances are most of them involve free play outdoors,” Mike is fond of saying. “How many of them took place with a grown-up around? I remember that when the grown-ups came over, we stopped playing and waited for them to go away. But moms nowadays never go away.

Central to Mike’s philosophy is the importance of physical danger: of encouraging boys to take risks and play rough and tumble and get — or inflict — a scrape or two.

Mike always talks about just wanting his boys to have a normal childhood, while complaining that his idea of normal is no longer normal. His free-time-is-for-goofing-around ethos is particularly anomalous in Silicon Valley. With all due respect to Westchester, Silicon Valley may have the densest concentration in the country of former engineers, executives and other highly educated women who have renounced work in favor of what they call uber-parenting — and they want results. Just as Silicon Valley leads the way in smartphones, Silicon Valley parents think they should be producing model kids, optimized kids, kids with extra capacity and cool features: kids who have start-ups (or at least work at one); do environmental work in the Galápagos; speak multiple languages; demonstrate a repeatable golf swing; or sing arias. To a comical extent, parents here justify the perverted ambition through appeals to research (enlarging the language center of the brain and so forth) while ignoring research on the negative effects on children of being micromanaged.

Christina Hoff Sommers wrote of similar ideas back in 2000 in her book, The War Against Boys: How Misguided Policies are Harming Our Young Men. Not everyone will agree with Mike Lanza’s ideas, but they worth considering. I just hope the girls in the neighborhood get in on some of the fun.

Read the NY Times article here. And to find out even more, buy his book, Playborhood: Turn Your Neighborhood Into A Place For Play.