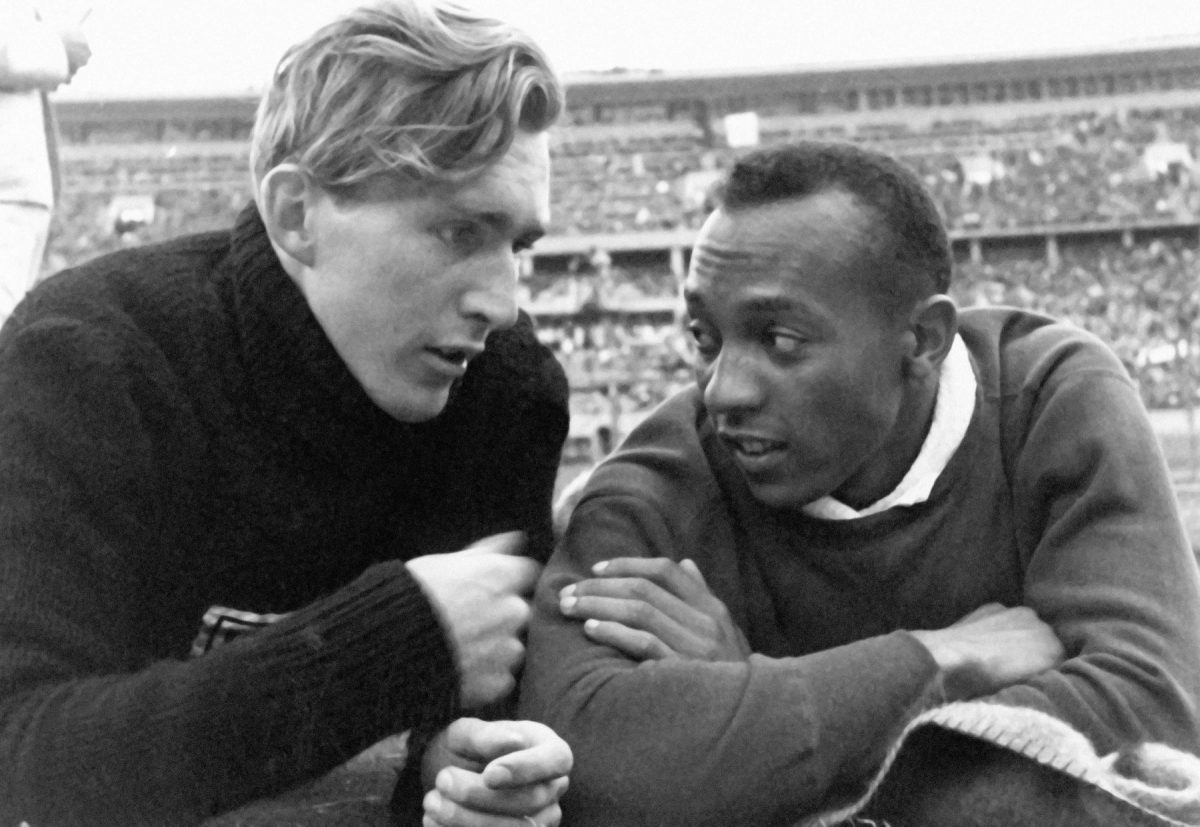 During the 1936 Summer Olympic games in Berlin under the disapproving eyes of Adolph Hitler, two track and field athletes, Nazi German Luz Long and Black American Jesse Owens, became unlikely friends.  The grandson of a slave and the son of a sharecropper, Owens had been a student at Ohio State University.  Long was a law student at the University of Leipzig.

Owens’ legendary performance at the games won him four gold medals, disproving the myth of Aryan superiority.  Long brought home a silver. Later joining the Wehrmacht, he was killed in action in Sicily in 1943. Owen’s life after the Olympics was not an easy one. He died in 1980 of lung cancer.

In recent years, some have questioned if Owen’s account of the friendship was true. Go to Letters of Note to read this remarkable letter that Luz Long wrote to Jesse Owens shortly before his death and decide that for yourself. The two men were separated by ideology and war, and yet this is as touching an expression of friendship as anything I have ever read.