Those of us who have been involved a long time in the arts have visited hundreds of exhibits in both galleries and museums. Very few are as hard-hitting and memorable as one I saw last week at the Blanton Museum of Art at the University of Texas at Austin.  Goya:Mad Reason is an exhibition of nearly 150 prints by Spanish painter, Francisco de Goya. Borrowed from the Yale University Art Gallery, they include work from three series: La tauromaquia [The Art of Bullfighting] (1815–16), Los desastres de la guerra [The Disasters of War] (1810–ca. 1820), and Los disparates [Follies] (1815–24). A few paintings are also in the show, most notably the handsome portrait of matador Pedro Romero (ca. 1795–98) from the Kimbell Art Museum, Fort Worth, Texas.

The savagery in the images from The Disasters of War looks like what we see on the news coming from the Middle East. The etchings from Follies remind me of the anxiety, uncertainty and division of our times. There is no way digital images can capture the delicate line quality and presence of these small powerful works, but I’ve posted some here to give you an idea. If you are going to be in Austin, Texas anytime before September 25th, be sure to see this show. 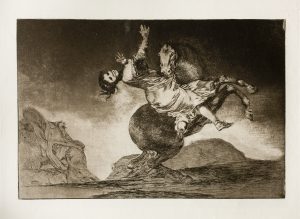 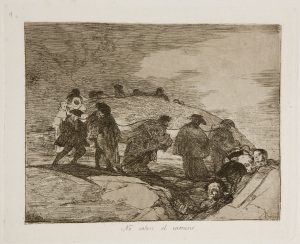 Los Desastres de la Guerra, Plate 70: No saben el camino (They do not know the way) 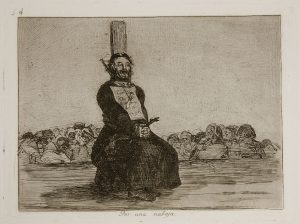 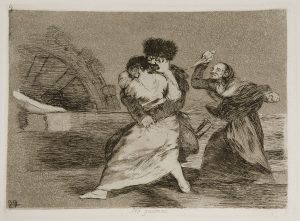 Los Desastres de la Guerra, Plate 9, No quieren (They do not want to) 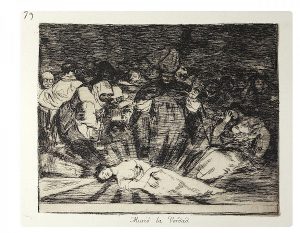