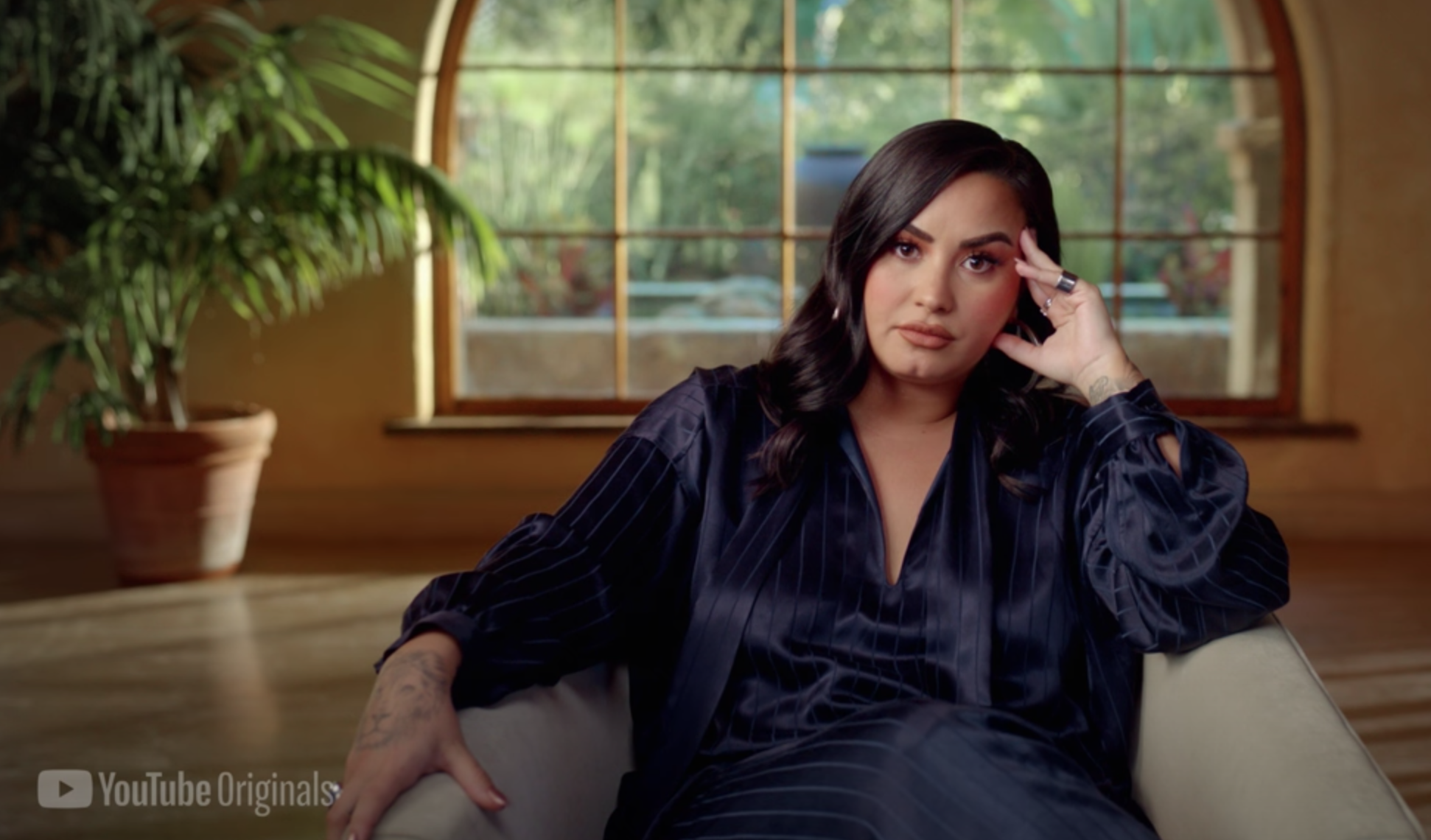 Demi Lovato released a trailer for her upcoming four part YouTube Originals docuseries yesterday. The series, called Dancing With The Devil, will premiere on March 23.

The documentary is described as being about “…the superstar’s personal and musical journey during the most trying time of her life as she unearths her prior traumas and discovers the importance of her physical, emotional, and mental health. Far deeper than an inside look beyond the celebrity surface, this is an intimate portrait of addiction, and the process of healing and empowerment.”

Specifically, it will delve into the 2018 heroin overdose that almost killed the child actor turned pop star. For the first time, Lovato and those closest to her will discuss what really happened leading up to, during, and after that day. Lovato herself reveals for the first time that she suffered three strokes and a heart attack following the overdose. The fast paced and action packed trailer also features cameos from Elton John and Christina Aguilera, who each have unique insight on the challenges Lovato has faced.

Lovato shared the trailer on social media with the hashtag #DemiDWTD, which fans have been using to both show their support and share their excitement for the yet to be released song briefly teased in the trailer, also titled “Dancing With The Devil”.

You can watch the full trailer below.