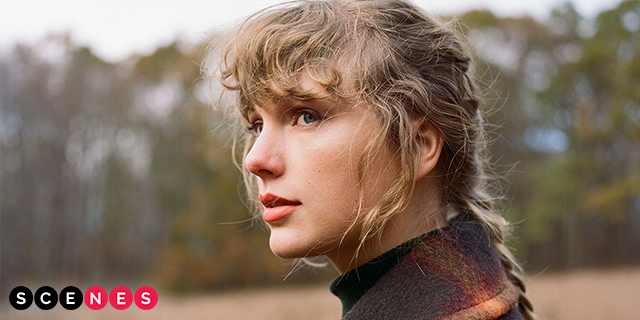 The album was co-produced by her Folklore collaborators Aaron Dessner and Jack Antonoff, and features many of the same performers as on the previous release; albeit in expanded roles. Bon Iver’s Justin Vernon appears once again, duetting and writing with Swift and Dessner, while Dessner’s band The National makes an appearance.

Prior to the release of the album, Swift announced its impending unveiling on social media along with stills from the video for “Willow,” the first single.

“I’m elated to tell you that my 9th studio album, and folklore’s sister record, will be out tonight at midnight eastern. It’s called evermore. To put it plainly, we just couldn’t stop writing songs. To try and put it more poetically, it feels like we were standing on the edge of the folklorian woods and had a choice: to turn and go back or to travel further into the forest of this music. We chose to wander deeper in. I’ve never done this before. In the past I’ve always treated albums as one-off eras and moved onto planning the next one after an album was released,” the announcement read.

“There was something different with folklore. In making it, I felt less like I was departing and more like I was returning. I loved the escapism I found in these imaginary/not imaginary tales. I loved the ways you welcomed the dreamscapes and tragedies and epic tales of love lost and found into your lives. So I just kept writing them. And I loved creating these songs with Aaron Dessner, Jack Antonoff, WB, and Justin Vernon. We’ve also welcomed some new (and longtime) friends to our musical kitchen table this time around.”

The project also features songwriting from Swift’s boyfriend Joe Alwyn, who is credited under the name William Bowery—as he was on Folklore.