Ryan Reynolds And Taylor Swift: A Match Made in ‘Hell’?

Home Music Ryan Reynolds And Taylor Swift: A Match Made in ‘Hell’? 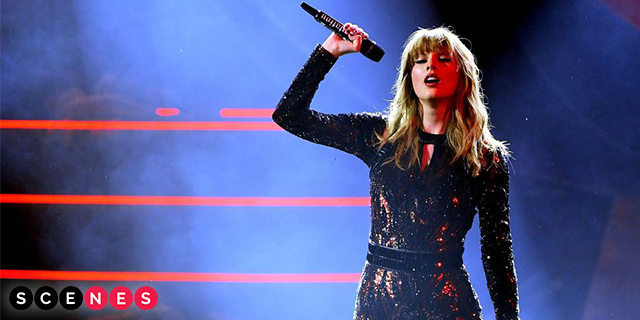 Ryan Reynolds And Taylor Swift: A Match Made in ‘Hell’?

After a long and complicated legal battle, Taylor Swift was finally allowed to begin rerecording her first six albums last month. The new versions of the music is significant because Swift will own it, as opposed to her masters, which were sold to Scooter Braun’s Ithaca Holdings without her knowledge. While fans celebrated the milestone online, no one had actually heard any of the rerecorded music…until now.

The internet was surprised and delighted early this week when she tweeted the following: “Okay so while my new re-records are NOT done, my friend @VancityReynolds asked me if he could use a snippet of one for a LOLsome commercial he wrote so…here’s a sneak peak of Love Story! Working hard to get the music to you soon!!”

That message appears above a tweet from Ryan Reynolds himself, who shared a minute-and-a-half long video with the caption “A match made in hell is still a @match. Latest work from @MaximumEffort #2020LoveStory” Of course, the Deadpool star didn’t create your standard, everyday ad for a dating site. This ad follows a red, horned Satan, as he “matches” with a woman named “2020” and leaves the underworld to meet her. We follow their relationship as they participate is unavailable activities like picnicking at a football stadium, working out in a gym, and going to the movie theatre. The video ends with the pair sitting on a bench together, reflecting on how they don’t want this year to end.

Swift’s newly recorded version of “Love Story”, originally from her 2008 album Fearless, begins at forty-one seconds and plays through the end of the ad. It’s very close to the song we all know and love, with just a very slightly different arrangement and more grown-up sounding vocals.

It was certainly an unexpected way to bring us the first taste of what to expect, and I can’t wait to hear more soon!