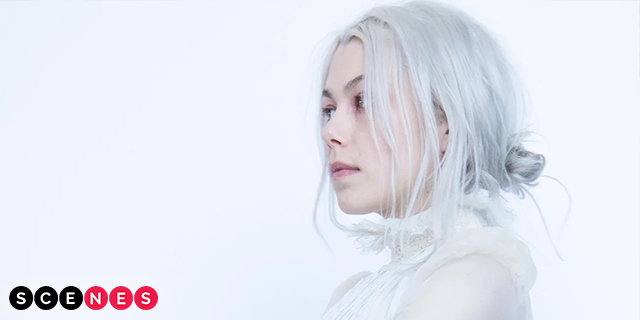 Indie phenom Phoebe Bridgers unveiled the music video for “Savior Complex,” the latest single from her album Punisher, and the video was directed by another famous Phoebe: Fleabag creator Phoebe Waller-Bridge.

The video also stars Normal People actor Paul Mescal, who finds himself beaten and bruised at the beginning of the clip and then encounters a dog dressed in a superhero cape.

Bridgers has been particularly active as of late, with the release of Punisher as well as a companion EP titled Copycat Killer. She also made headlines recently for her cover of Goo Goo Dolls’ “Iris,” which she recorded alongside Maggie Rogers.

The two Phoebes have often been grouped together based on their name similarities, and Bridgers addressed it in an interview with Rolling Stone.

“I want to normalize personhood,” she said at the time. “I feel like Phoebe Waller-Bridge has done that really well. She’s normalizing being regular. I think it’s literally more of a stumbling on the name. People who half know who I am and half know who she is, morphing us. I love it. I love any association. She’s so cool.”