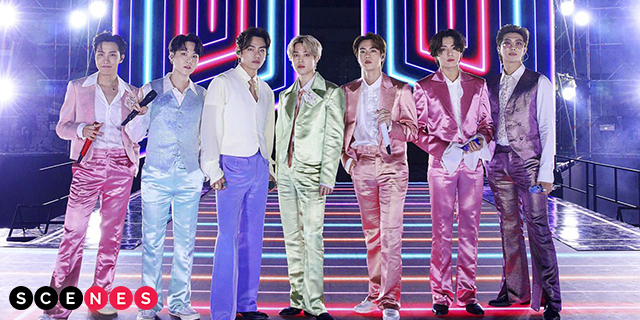 K-pop superstars BTS have made history with the first-ever non-English language song to debut at #1 on the Billboard charts.

The group’s groundbreaking moment comes as the song “Life Goes On” also serves as their third number one song in the last three months. The song is sung primarily in Korean, making this an incredible feat for the history of the Billboard charts.

The band’s previous single, “Dynamite” was their first number one and also garnered them a Grammy nomination. It was also their first English-language song. It’s been nearly a record year for number ones on the Billboard charts, with 19 songs debuting on the charts this year—tying it with 2006 for the most songs to debut at number one in a year.

Meanwhile, BTS made K-pop history in a different way recently after one of the group’s members, Jin, celebrated his 28th birthday. Jin’s age typically would mean that he’d be required by South Korean law to enlist in the military for 20 months, but the newly-enacted “BTS Law” now allows K-pop stars to apply for deferment if they have spread and elevated the culture of South Korea throughout the world.

The law makes it so that K-pop stars are able to postpone their military service until the age of 30.