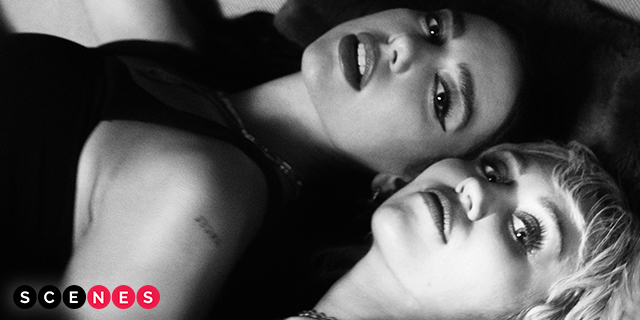 The wait is over. After months of hinting at a collaboration, pop superstars Miley Cyrus and Dua Lipa have finally released ‘Prisoner’ onto the world. The tune is a catchy, moody throwback that features both women landing punches over a driving, synth laden track. In the words of Cyrus, the single is “perfectly a blend of both of us.”

The accompanying music video for the song sees the two artists do their best Thelma and Louise—driving a tour bus, provocatively eating cherries, dancing, and ultimately performing in a CBGB-esque dive bar. Further, the gritty, vintage aesthetic conjures the classic female rock acts of the 1980s and seems in line with Miley’s recent creative direction—considering her upcoming album is set to feature Joan Jett and Billy Idol and her killer cover of Blondie’s “Heart of Glass.”

Though the pandemic resulted in the postponement of big plans for nearly every musician—this single among them—both Miley Cyrus and Dua Lipa have not sat idly by. Much remains on the near horizon for each of them.

Miley, for one, will be delivering her long-awaited new album “Plastic Hearts” on November 27. “Prisoner” is the second single from the project following “Midnight Sky.” In addition to Dua Lipa, Jett and Idol, the record will feature Angel Olson.

Also on November 27, Dua Lipa is set to perform a livestream concert called Studio 2054. The show will stream from a warehouse and include FKA Twigs. Tickets are available HERE. It was further announced that Lipa has been tagged to be the face of Puma’s ‘She Moves Us’ campaign—a partnership that aims to focus on female empowerment initiatives.

In “Prisoner,” we have two of the world’s preeminent superstar women doing what they do best   and further cementing themselves as forces to be reckoned with. Both Miley Cyrus and Dua Lipa are clearly only just getting started in their already illustrious careers. Watch the video for the new single below!