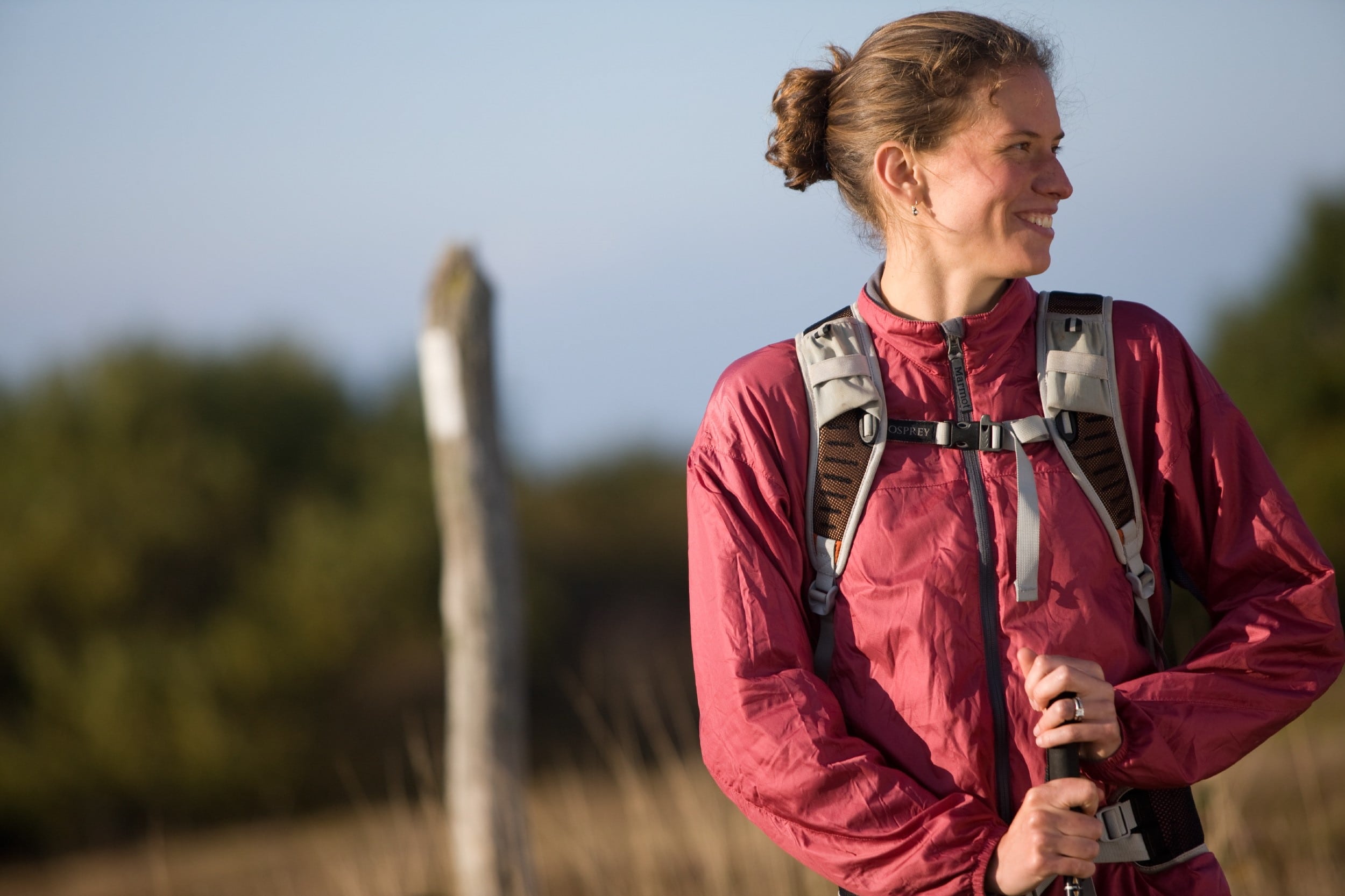 Where my girls at?

There’s a woman I want to tell y’all about. Don’t you love meeting/hearing/reading about women who get you all inspired? One of those women who you’re like, “Is she even real?” And you say it in a way that suggests that if she is real, she’s forever changed … EXPANDED! EMPOWERED! EXCITED! … your own perception of what is possible. Of what you might be capable of achieving. 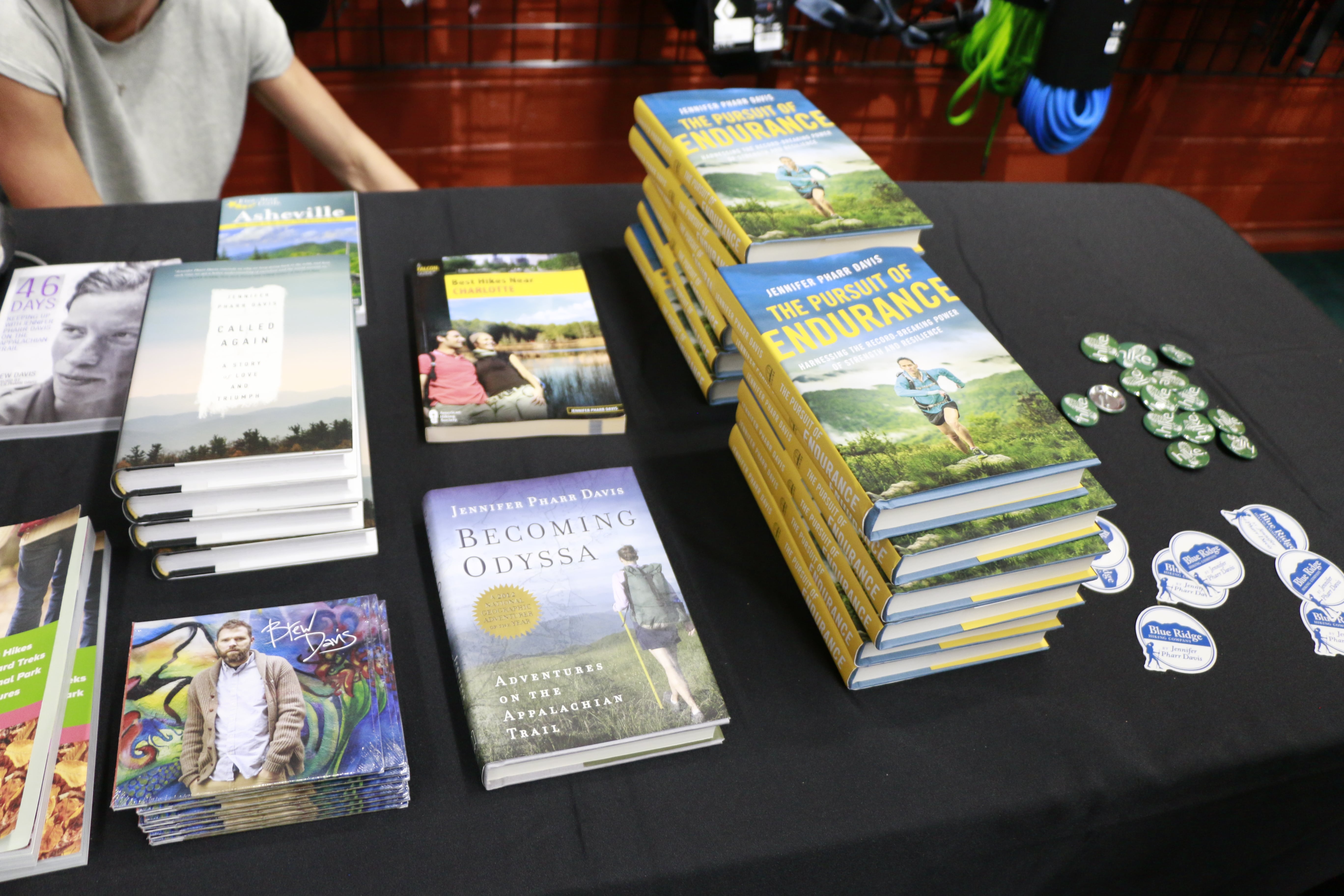 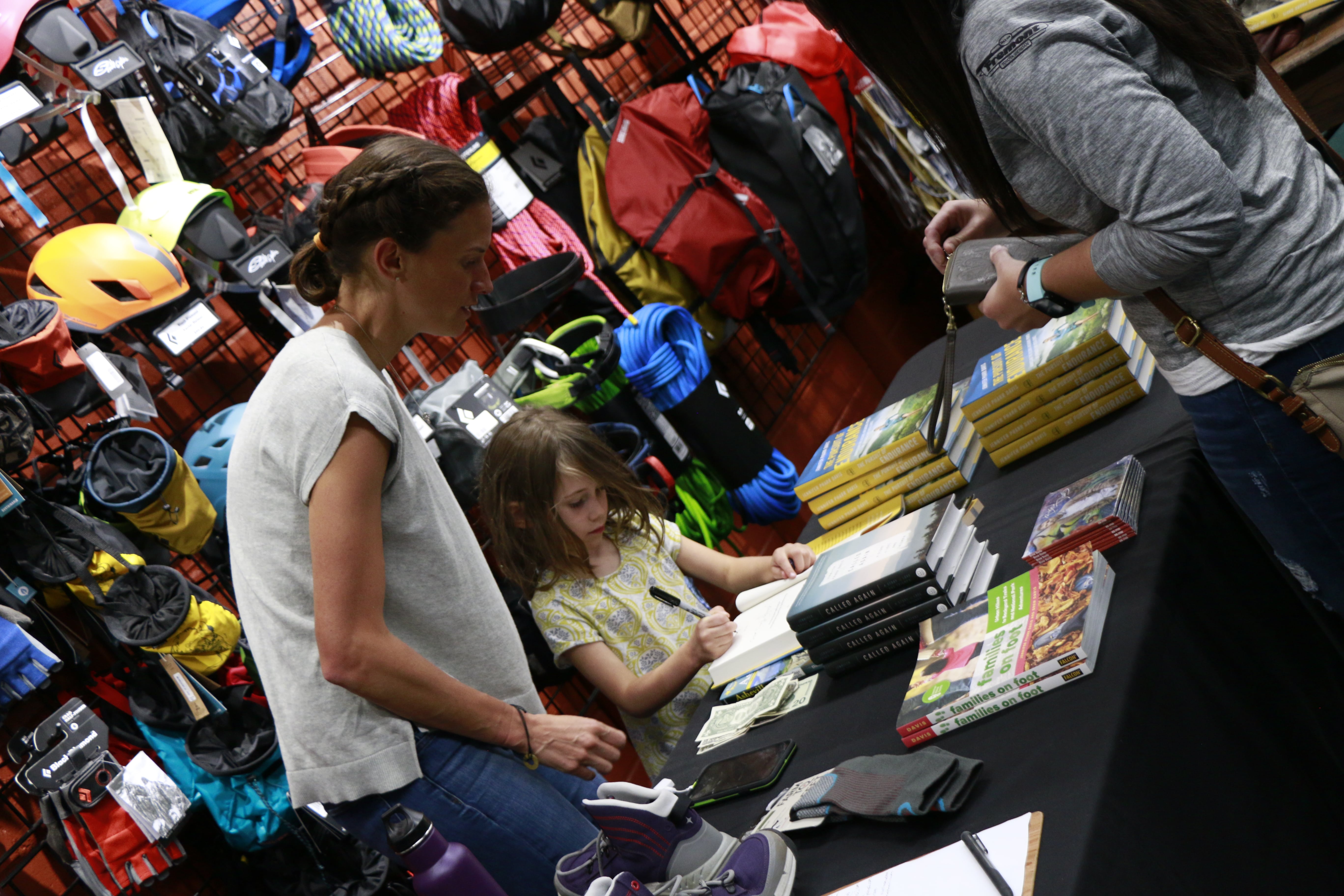 Jennifer Pharr Davis, with her daughter, signs copies of her book, The Pursuit of Endurance.

Who is Jennifer Pharr Davis? And what’s there to get inspired about? Well, let me tell you.

But before I do, a bit of context: The Appalachian Trail is 2,190 miles long, spanning 14 states down (or up) the eastern arm of the U.S. from Maine to Georgia (or Georgia to Maine). A “typical thru hiker” takes five to seven months, or between 150 and 210 days.

Now, with that in mind …

1) She found out about a feat for which there did not yet exist a woman’s record and promptly went out and set it herself.

2) She later got pissed at herself for only trying to set the “women’s” record – for thinking she would be lucky to even get close to the men’s record … Because she finds out women might actually be better made for endurance than men.

“[The second time I did the AT], with my husband’s help, I finished the trail in 57 days, and averaged 38 miles a day, and we established a women’s record. And it was the most unsatisfying finish to any trail I’ve ever done…

“I was disappointed because I got to the end, and even before I reached the finish, I knew I had limited myself from the very beginning. Because when I started, there were two categories. There was the men’s record and there was the women’s record, and I felt like I would be LUCKY as a female to be within days or a week or two of the men’s mark, and that’s how I approached it.

Then I got out there, and I felt the reality of: What does it take to hike 40 miles a day? And I thought, “Well, it’s not about how fast you can run, and it’s not about how big your muscles are, and I had this time to think about the other trails I’d done, and the people I’d finished near. And no offense to the guys, but guys at the end of long trails look horrible. They do. I don’t know why it just hit me that summer, that trip, but when men finish long trails, often they’re emaciated, they’ve lost so much weight, they’re scruffy, and half of them are hunched over …

When you see women at the end of long trails, women look different, their calves are out to here, you know, and they’re svelte. But they have muscle tone, and they look like they can keep going. And ladies, usually we hate this, but we hold onto our weight better than the guys. right?”

3) In 2011, the third time she completed the AT,  Jennifer Pharr Davis set the unofficial record for the fastest thru-hike of the Appalachian Trail with a time of 46 days, 11 hours, and 20 minutes, an average of 47 miles (76 km) a day. She held the record for four years until July 12, 2015, when Scott Jurek finished 3 hours and 12 minutes faster.

“[This trip] I focused on, ‘what is my best out here, what can I do to leave it all out on the trail today? And then tomorrow? And then the next day?’ And in doing that, we got to the end of the trail in 46 days.

When we got there, it was so overwhelming. There are so many emotions at the end. It was really hard to make sense of it all, but one of the first things that was really clarified for me was how amazing it was to accomplish something I know I never could have done on my own. I never could have hiked the trail in 46 days without support, and to be there at the end with the person who meant the most to me [my husband, Brew], and realize we had done that together, and he had given that to me. Like, that was powerful. And it was a bonus, it was a bonus that we set the record.”

4) She felt the most beautiful she’s ever felt on trail. She also realized what she could do made her more beautiful than how she looked.

“The thing I missed the most when it was all over, when I got off trail … was how beautiful I had felt on the trail.

That seemingly doesn’t make sense because I was out there and I was filthy and I was covered in scrapes and bug bites and bruises, and out of all the trails I’ve hiked all over, you smell the worst on the Appalachian – you really do – but that’s not the point.

The point is that for five months, I didn’t carry a mirror … it was before the age of the selfie … and I didn’t have any billboards or magazines or commercials telling me what I should look like.

So I started to see myself through my interactions with other hikers. If I was kind, if I could make someone else smile, that was my reflection, and that made me feel pretty.

5) Before setting the record for the AT, she had never before won a race of any kind in her life.

“[Jurek, who first broke her record is] probably the most accomplished ultra runner in North America, or at least the most well known. I’ve never won a 5K. I’ve never once won a running race, and our time was three hours apart.

And then the guy who beat his record by 9 more hours – so 12 hours shorter than my time –  he had tried two other times. He tried for our record and didn’t set it, but the third time he got it – his name is Karl Meltzer, and he’s won more 100-mile races than anyone else in America. So again, hugely accomplished ultra runners, but their time is within half a day of like, a female hiker. I love that.”

What did I tell you … mad inspiration, right?!

Keep riding the wave – go read more about this brilliant, strong, determined, compassionate, beautiful inside-and-out human in her new book – The Pursuit of Endurance.  And tell your friends and mothers and daughters and sisters and cousins about Jennifer Pharr Davis and women like her. Then, go set ’n break ’n invent some new records yourself, girl …

If Jennifer can do what she did … what can you do?! 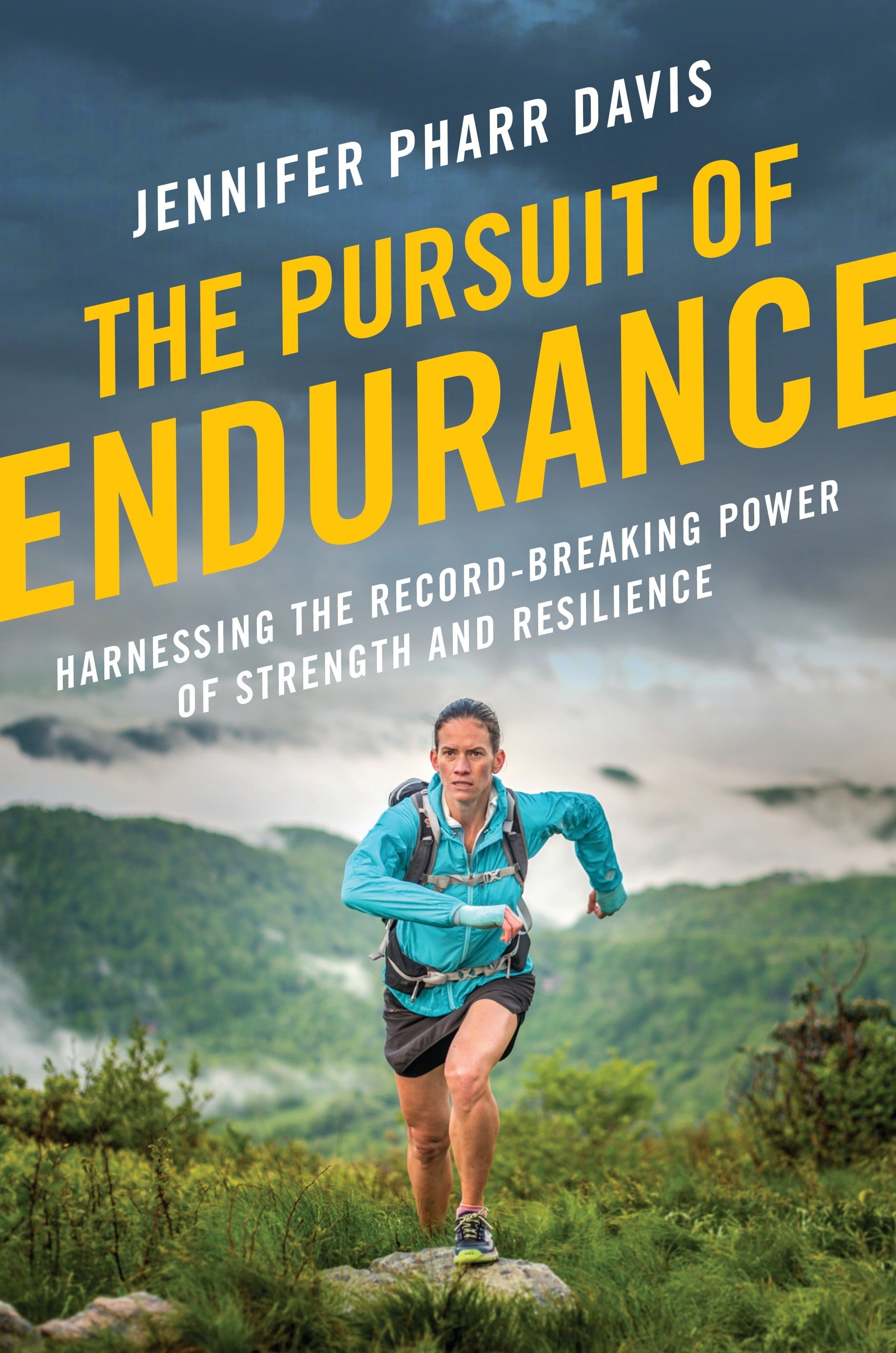