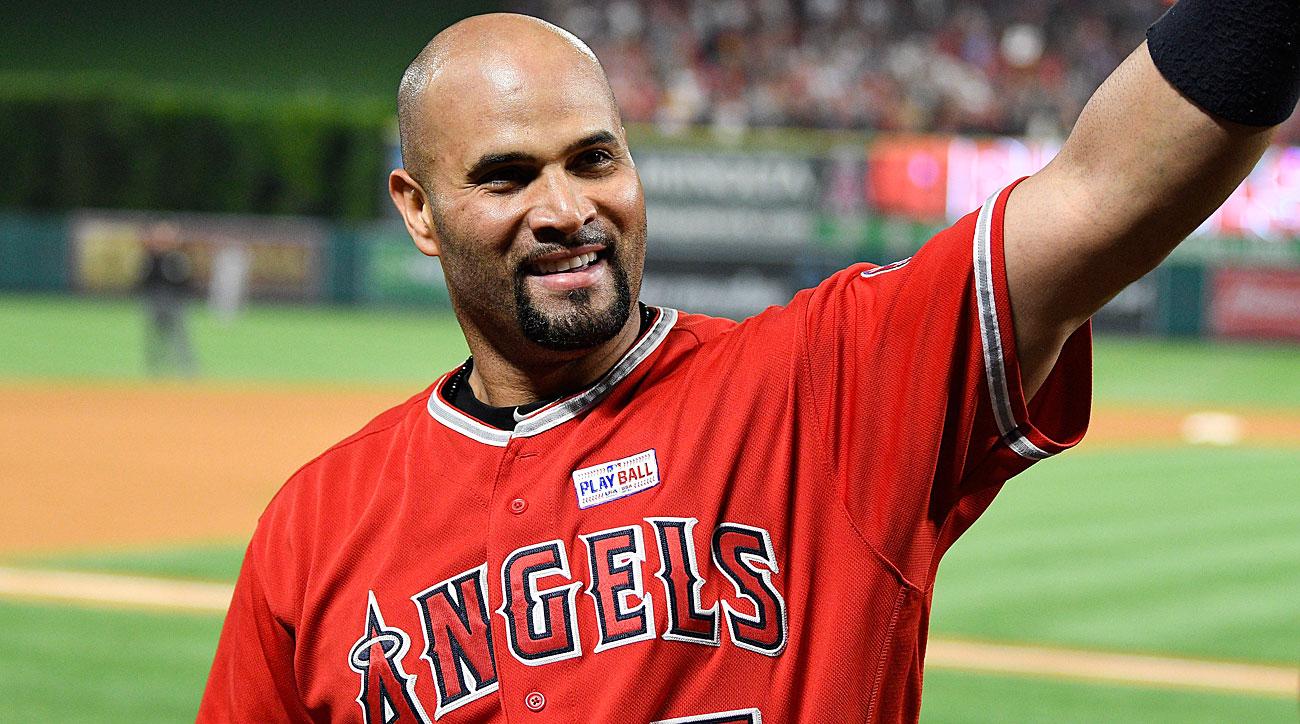 Friday night, May 4, Pujols singled into right field against the Seattle Mariners for his 3,000th career hit. He became the 32nd player to reach that milestone and just the second from the Dominican Republic.

Pujols’ greatness over the course of his career is reflected in more than one stat.

When the Los Angeles Angels first baseman and designated hitter retires, he will unquestionably be a first ballot selection to the National Baseball Hall of Fame in Cooperstown, New York.

In the corporate world, there’s an oft-used phrase that underscores the pragmatic use of data to prove a point: numbers don’t lie. This sentiment has also become increasingly true for the professional sports community. It’s all about the scoreboard and the stats. And for the most part, those two things reveal an accurate portrayal of the facts.

There’s way more to Albert Pujols than just his baseball numbers. In fact, measuring Pujols in terms of his baseball stats would be a great disservice to the man. He has had a positive impact on countless individuals across the globe and most specifically in Los Angeles, St. Louis, and Santo Domingo.

The latter of those three locations is where it all started for a young boy who had aspirations to become something greater than his circumstances might otherwise dictate. Pujols’ father was an alcoholic. Therefore, it was his grandmother, along with several aunts and uncles, who raised him. Baseball provided solace where a functional father-son relationship could not.

“When I was between the ages of 10 and 12, that’s when I really knew that I had a chance to become a baseball player,” Pujols said. “That was always my dream and the dream of every little boy in the Dominican Republic. I just took advantage of that and I didn’t take anything for granted.”

Like so many athletes before him, Pujols emerged from the baseball rich nation and seized the opportunity of a lifetime. After moving to the United States, he earned a scholarship to Maple Woods Community College in Missouri, but it didn’t take long for Major League scouts to uncover his burgeoning talent. Three years later, he was on the Cardinals’ roster.

St. Louis television broadcaster Rick Horton quickly took notice during Pujols’ rookie season and continued to marvel at his commitment to the game over the next 10 seasons.

“As a hitter, he has incredible ability to focus on the baseball,” Horton said. “He has the giftedness of understanding the strike zone and understanding what’s going on during the game. He really is a miraculous athlete. He’s got incredible drive and determination and he’s just really fun to watch.”

Horton, and most everyone else in St. Louis, was surprised to see Pujols sign with the Angels as a free agent in 2012. And while he took his baseball skills to Los Angeles, Pujols remained faithful to the charitable causes that reveal his character.

Most of what Pujols did in St. Louis and continues doing today is through the Pujols Family Foundation, a non-profit organization that he and his wife Deidre formed in 2005. Their goal is to support families impacted by Down syndrome and to raise funds to help the less fortunate in the Dominican Republic.

Both causes are deeply personal. When he married Deidre, she already had a daughter with Down syndrome named Isabella whom Pujols adopted as his own. His desire to help those in his homeland, however, is self-explanatory.

“Everyday I thank God for that,” Pujols said. “He could have picked anyone but I’m grateful and thankful that He’s using me to reach these poor kids in the Dominican Republic that don’t have anything.”

Pujols doesn’t just throw his name or his money around. Every offseason, he travels to Santo Domingo and participates in medical missions and visits an orphanage he helped fund.

“I think he’s got a really good understanding of stewardship,” Horton added. “We always think about that as a financial thing but it’s primarily a giftedness issue. He uses his gifts and his finances. Most ballplayers at his level would not have the time or find the time to go on a weeklong mission during an off-season that’s pretty short for baseball players. But that’s important to him.”

Long after Pujols walks away from the game, he likely won’t have to worry about living outside of the spotlight. He’s already been practicing for that moment from the beginning of career until now. Perhaps that mindset, along with his steadfast faith, have helped him foster gratitude and humility in his heart.

“I haven’t done anything to deserve what God has given me,” Pujols said. “I make sure that I do my 110 percent and do my best to honor Him.”