My Weekend with Oprah and Why She Shouldn’t Be President 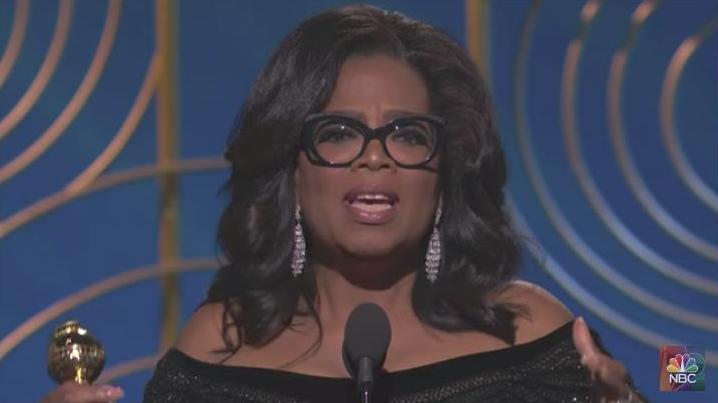 My Weekend with Oprah and Why She Shouldn’t Be President

Oprah Winfrey was in the headlines after a joke by Seth Meyers and her rousing speech at the Golden Globes had people everywhere suggesting she run for president.  Then, a Rasmussen poll even suggested she really could win in 2020.

Alhough I try to steer clear of celebrity hype since I left the world of glitz, glamour and goofiness a decade ago when I quit my tabloid job, I feel compelled to comment, when it’s something I have intimate knowledge of – like Oprah.

You see, I spent the weekend with Oprah on her 40th birthday back in 1994. We went to fancy restaurants, shopped on famed Montana Avenue in Santa Monica, and then we spent the night back at the swanky Hotel Bel-Air.

Then after all that, she never spoke to me again and threw me out on the street.

OK, if you want the whole story we barely spoke to each other the whole weekend. And she didn’t actually know she was spending all that time with me, or at least I don’t think she did. Because I was covering her for a story, and I stuck to her like glue everywhere she went for two days until her bodyguard gave me the heave-ho.

But the whole truth is not as good of a story if I want to really promote myself. And that’s the first problem with Oprah and of celebrities in general. They don’t always tell the whole truth when it would better serve their celebrity to change it slightly to promote their agendas.

So when it comes to a president, we need someone addicted to the truth not his or her own notoriety.

In her Golden Globes acceptance speech for the Cecil B. de Mille Award, Oprah portended that honesty was paramount and she gave a nod to the press and its “insatiable dedication to uncovering the absolute truth that keeps us from turning a blind eye to corruption and to injustice.”

But she doesn’t have the greatest track record with the truth. For instance, in 2013 when she claimed a Swiss sales clerk racially profiled her when she wouldn’t show her a $38,000 purse because, as Oprah insinuated, she thought a black woman couldn’t afford it. Later, the girl flatly denied the accusation and downright called Oprah a liar.

Kitty Kelly exposed that Oprah’s story about growing up in filth and poverty wasn’t exactly true either, at least not according to Oprah’s cousin Katharine Carr. But it made for a much more compelling backdrop for her rising stardom.

And that brings me back to the 40th birthday weekend. Oprah surrounded herself with herself that weekend and all the hype and attention she could muster. Her spectacular birthday bash was held at one of the most expensive and pretentious French restaurants in town where she insulated herself with the richest and most powerful people in the world. She practically shut down the stores she went into in order to cart her entourage along with the media in tow. And the site of her crew tossing empty champagne bottles out the window of her limo will stick in my mind forever as wholly un-presidential.

It’s OK because Oprah was and is a celebrity, living the celebrity life. The life of a celebrity is about self-promotion and self-indulgence at the cost of all else. As long as our eyes are open, and we know that they are primarily concerned with themselves we can adore them and have fun.

Here’s the challenge when it comes to Oprah. Often enough while Oprah is hard at work promoting herself, she is also quite good at seeming to make some amazing things happen for others. I’ll never forget the heartbreaking yet inspiring interview I did of a young girl who was chained to her bedpost along with her younger sister for years by their abusive father, but told me she was inspired to escape after watching an episode of Oprah about abuse. Oprah looked into the camera and told anyone watching that was being abused to seek help no matter what.

That’s a beautiful thing. And I will always be grateful to Oprah for having used her celebrity to make that happen. Even if her primary drive was to promote Oprah, the incidental good that happened was a blessing.

The problem is still that ultimately Oprah does that good primarily for the purpose of promoting Oprah, her ratings, and her money. And when push comes to shove the latter come before the first.

Therein lies the heart of the difference between a successful person who tries to simultaneously do good in order to ultimately achieve their own success, and a true leader who selflessly puts the good of others first even at the expense of their own fame, fortune or notoriety.

In the words of the ancient philosopher and writer Lao Tzu, “A leader is best when people barely know he exists. When his work is done, his aim fulfilled, they will say: we did it ourselves.”

Isn’t that the kind of leader we should be looking for in our politicians and policymakers?

Hopefully even the thought of Oprah being talked about for president makes us consider that question more seriously long before we ever really need to.

We already have a celebrity president and I don’t really know if we want or need another one.

Chris Benguhe is a columnist and author of numerous non-fiction titles including "Beyond Courage: The 9 Principles of Heroism."