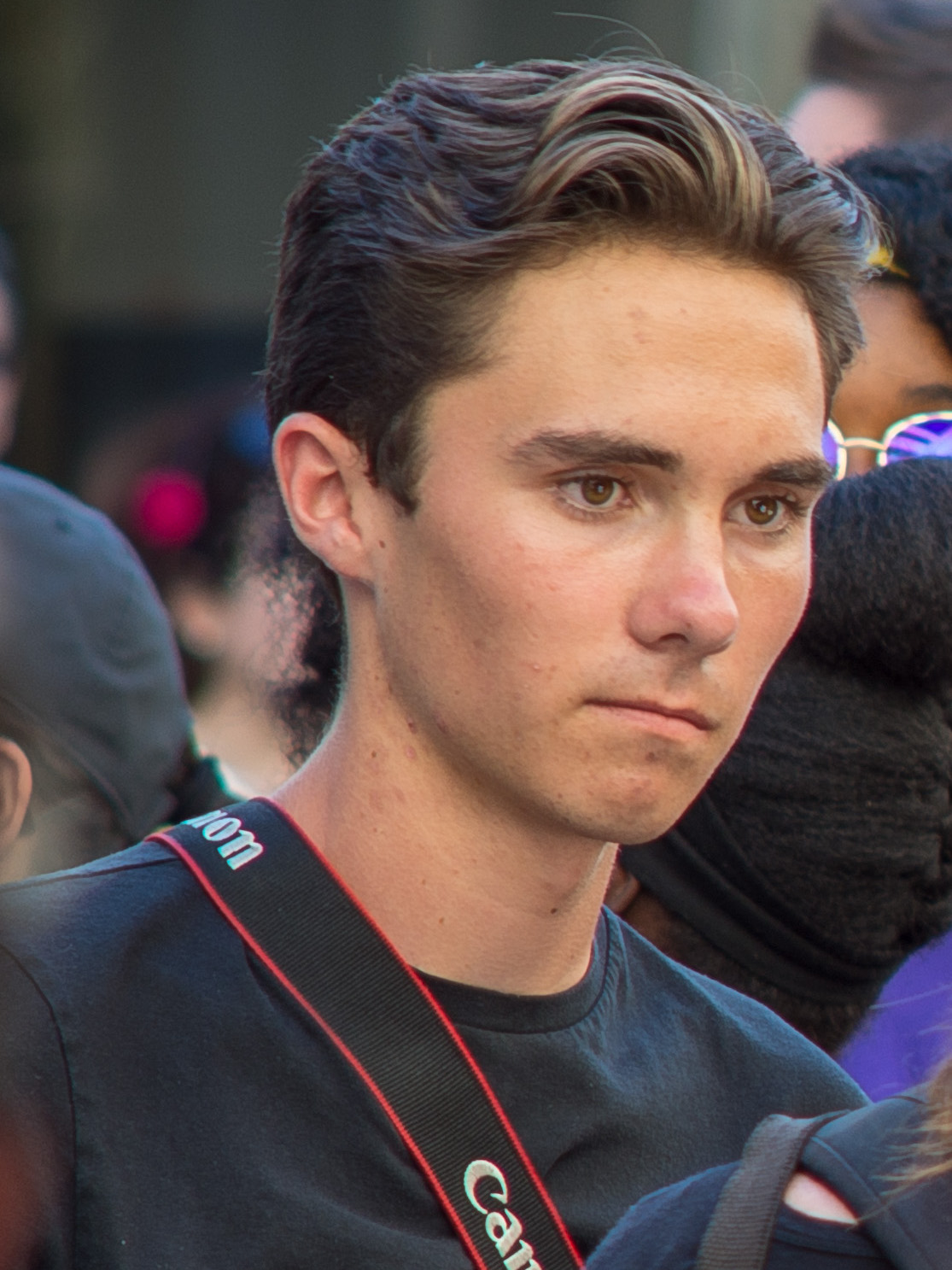 April 9, 2018: David Hogg’s mother Rebecca Boldrick told CNN that her son was accepted to attend University of California, Irvine, where he will study filmmaking or journalism. However, after high school graduation he will take off a year to work on midterm elections. As noted in the backstory below, Hogg urged advertisers to boycott Laura Ingraham’s TV show and some did because she insulted him on Twitter. Maybe his sponsors Move On, Women’s March L.A., and Planned Parenthood urged him to use this political tactic.

April 2, 2018: Over the weekend, TV, movie and music celebrities made news for their politics.

Barely a month after filing as a Republican congressional candidate to represent the people of California’s 44th district,  Stacey Dash, actress and former Fox News contributor, withdrew from the race. Since 2012 when she vocally switched from a Democrat to a Republican during that presidential election year, Dash made waves by denouncing racial identity politics and calling for an end to Black History Month.

In part, Dash announced: “At this point, I believe that the overall bitterness surrounding our political process, participating in the rigors of campaigning, and holding elected office would be detrimental to the health and wellbeing of my family. I would never want to betray the personal and spiritual principles I believe in most: that my God and my family come first.”

Laura Ingraham, host of “The Ingraham Angle” on Fox News, lost advertisers for tweeting that David Hogg is a whiner. He’s a survivor of the Parkland school shooting and organizer of the March for Our Lives that took place in Washington and other cities on March 24. He had organized sponsor boycotts against the NRA. His efforts are supported by Everytown, Giffords, Move On, and Women’s March L.A. Oddly, the abortion chain Planned Parenthood also sponsors him and is involved in this so-called movement to save children’s lives. 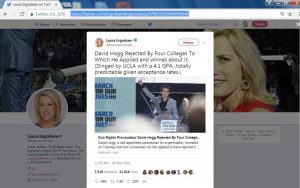 The backlash on Twitter and elsewhere was fierce. (Imagine Mama Ingraham’s reaction if someone said that to one of her children on Twitter…)  So, 17-year-old Mr. Hogg called for advertisers to boycott her show. 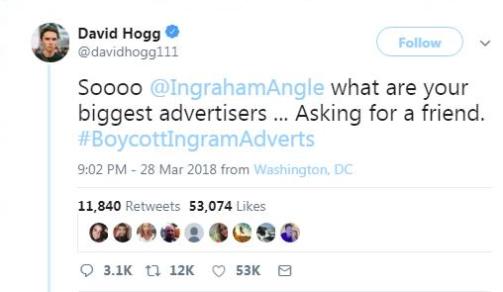 According to The Wrap, 18 sponsors backed out. By the next day, Ingraham apologized to Hogg. 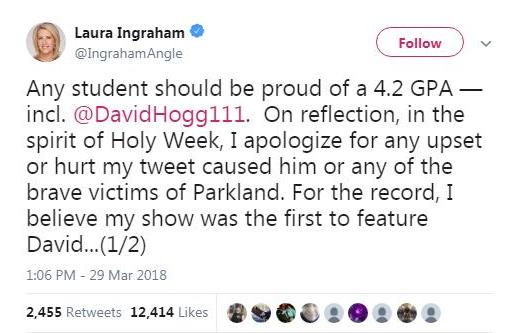 David Hogg does not accept the apology and he went into full publicity mode calling Laura Ingraham a bully.

On Friday night, Laura Ingraham ended her program by announcing that she’s taking Easter vacation with her children. Rumors swirled in media that Fox forced her to take the hiatus, but Fox told The New York Times it truly was a planned vacation as she said. 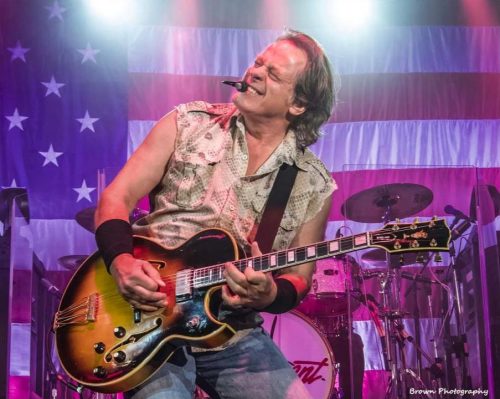 Ted Nugent in 2017, courtesy of TedNugent.com

Rock star, hunter and NRA board member Ted Nugent also caused a big controversy in his Friday interview on “The Joe Pags Show,” hosted by Joe Pagliarulo. He called teen activists who survived the Parkland school shooting “mushy-brained,” “liars,” “pathetic” and “soulless.” Nugent named Emma González and David Hogg in particular, and Pagliarulo showed clips to demonstrate factual errors they make. Nevertheless, Nugent might have ruined his chance to engage these young people. Newsmax TV hasn’t posted the interview online yet. However, Mediaite captured and posted it here so that you can listen yourself.

Soon Nugent will release a new album “The Music Made Me Do It” and he plans a summer concert tour.