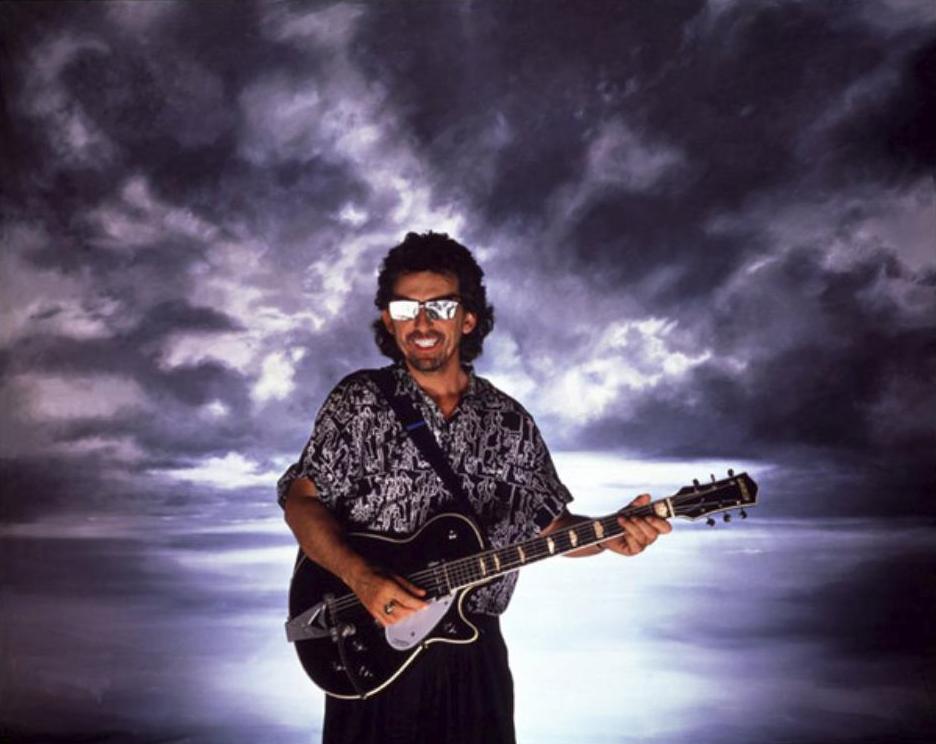 Former and late Beatle George Harrison passed away in November of 2001. One year later, friends and family staged a memorial concert at the Royal Albert Hall in London to honor his life and music, his solo recordings, his lifetime spiritual quest, and his sense of humor.

To commemorate what would have been Harrison’s 75th birthday this year, his estate released special “Concert for George” editions in various formats, including a 4-LP vinyl album box set.

The concert features his former band mates Paul McCartney and Ringo Starr, and his closest friend in the music world, Eric Clapton, who played the iconic lead guitar break on the song “While My Guitar Gently Weeps” from “The White Album” by The Beatles in 1968.

Billy Preston, who played with The Beatles on their “Let It Be album,” is also featured. Gary Brooker from Procol Harum, Joe Brown, and members of Monty Python round-out the lineup.

Tom Petty and Jeff Lynne, who partnered with Harrison in The Traveling Wilburys, also appear. Bob Dylan, also a former Wilbury, is the only artist missing and the absence appears conspicuous. My other minor quibble is that it would have been nice to see a deeper dive into Harrison’s solo catalog for songs interpreted.

The four-LP set is truly a special collectible. It offers the durable and warm sound of analog 180-gram vinyl and the pleasing tactile pleasure of four beautiful 12-inch discs, including an eighth side that includes an etched mandala, reflecting Harrison’s affection for Indian-inspired art and culture.

The 2-CD/2-Blu-ray set includes the theatrical version of the film and the complete concert, along with features such as interviews, rehearsals and behind-the-scenes footage.

Available only in the Blu-ray format, is an interview segment featuring Ringo Starr, Jim Keltner, and Ray Cooper entitled “Drummers” on the second disc.

There are many highlights from this all-star concert. Three come from Tom Petty, who plays “Taxman” and “If I Needed Someone” with his band The Heartbreakers, and “Handle with Care” with his Wilburys’ mate Jeff Lynne, plus George Harrison’s son Dhani.

Billy Preston’s interpretations of “Isn’t It a Pity” and “My Sweet Lord” are also high points of the show.

The standout performance might be Paul McCartney and Eric Clapton tackling “While My Guitar Gently Weeps.”

This was a once-in-a-lifetime concert. Considering the death of Tom Petty, it’s also a keepsake as one of Petty’s most historically significant performances.