#MeToo Plus #NeverAgain: A Red Line Has Been Crossed

Home The New Copernicans #MeToo Plus #NeverAgain: A Red Line Has Been Crossed 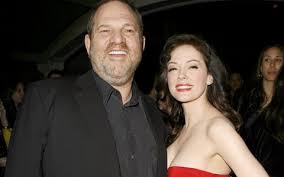 #MeToo Plus #NeverAgain: A Red Line Has Been Crossed Screams turned into silence. It was a profound and systemic problem. Women’s lives were being ruined. Nonetheless, silence. And then the Harvey Weinstein controversy broke open a cultural sea change in the public perception toward sexual abuse. USA Today survey reports that 94% of women in Hollywood have experienced some form of sexual harassment or assault during their careers in film. According to the same survey, 21% have been forced to do something sexual at least once. Yet only one in four of these women reported these experiences to anyone for fear of personal or professional retaliation. Social media in part has changed all this.

While we must not overlook the heroic and courageous early voices of actresses Rose McGowan, Gwyneth Paltrow, Ashley Judd and Salma Hayek, we must be also grateful for the emergence of hashtag activism: #MeToo. Today studio heads are rolling and ethical conduct statements are being written and enforced. Those who curate the social imagination have taken control of this narrative in ways that suggest that real change is possible. The code of silence has been broken and the ubiquitous good-old-boys clubs have been exposed. The public is now siding with disclosure not denial. We are witnessing the fact that the shame of culture is stronger than any law. And now #NeverAgain.

And while it is too early to tell whether the grassroots activism of Marjory Stoneman Douglas High School in Parkland, Florida will create the same level of outrage and abhorrence to gun violence, few should bet against these students. President Trump is holding a listening session on school safety with some of these young people and CNN is hosting a town hall with students, parents, and lawmakers—and the NRA. One senses this time that the cultural change genie has been once again let out of the bottle: #NeverAgain.

It is rare that grassroots activism can change culture. Long-term change is usually top-down rather than bottom-up. But what can change through social media activism are the parameters of cultural shame. Young people process this kind of change differently than those in the older generations. They are inherently aspirational and willing to confront the status quo. Parkland High School senior Emma Gonzalez stated, “Maybe the adults have gotten used to saying, ‘It is what it is,’ but if us students have learned anything, it’s that if you don’t study, you will fail. And in this case, if you actively do nothing, people continually end up dead.”

They are not interested in black and white solutions. They can live with ambiguity. But what they can’t tolerate is hypocrisy and inaction. They are now the nation’s appointed crap detectors. Again Gonzalez pleaded, “The people in the government who were voted into power are lying to us. And us kids seem to be the only ones who notice, and our parents, to call BS…. You say that us kids don’t know what we’re talking about, and we’re too young to understand how the government works, we call BS!”

Their outrage is framed relationally whether it is discussing the loss of their friends or their knowledge of the shooter. Gonzalez notes, “There has been one tweet that I would like to call attention to: ‘So many signs that the Florida shooter was mentally disturbed, even expelled from school for bad and erratic behavior. Neighbors and classmates knew he was a big problem. Must always report such instances to authorities, again and again!’ We did, time and time again, since he was in middle school. It was no surprise to anyone who knew him to hear that he was the shooter. Those talking about how we should not have ostracized him, you didn’t know this kid! We did.”

Moreover, they are not animated by abstract principles of justice or theoretical public policy debates. No, their ethical conscience is framed by relationships and forged by experience. Gonzalez explains, “AP Government class had about three debates on gun violence this year. Some discussions on the subject even occurred during the shooting, while students were hiding in the closets.” Their activism has a name and a face and is animated by personal loss and trauma.

This is a generation that is aspirational about making the world a better place. One may call them idealistic and naive, but as Alexandr Solzhenitsyn wrote in The Oak and Calf, “A shout in the mountains has been known to start an avalanche.” The students of Parkland high school may well be the Rosa Parks of this generation. Gonzalez admonished her classmates, “We are going to be the kids you read about in textbooks, not because we are going to be another statistic about mass shooting in America, but because we are going to be the last mass shooting.”

Activism that is aspirational, experiential, relational, and armed with social media is not activism that one should bet against. The gun discussion has been reframed from an abstract Second Amendment debate to one of public shame if one takes money from the NRA. It is unlikely that business will go on as usual. Emma and her classmates and their cell phones stand in the way.