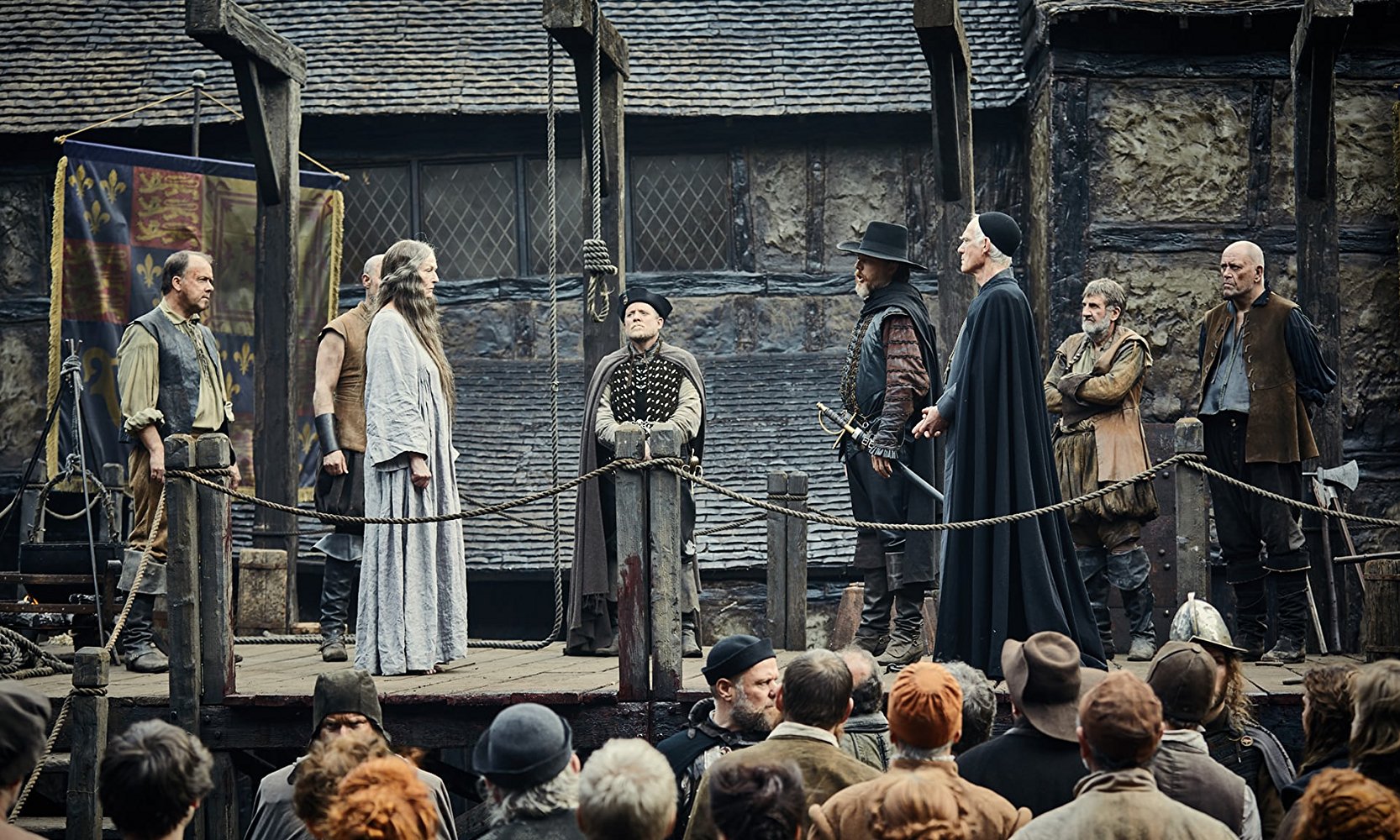 Why should we care about historical biopics such as HBO’s mini-series Gunpowder? Is it because it stars Kit Harington—the heartthrob Jon Snow of Game of Thrones fame? Is it because of its message of religious bigotry and violence?

This is a British story exported to the U.S. Its resonance here will be very different from the U.K. where it played last October on BBC. The Gunpowder Plot is celebrated annually in England as Guy Fawkes Day. It is the British equivalent of our 9/11. And like 9/11 it is seared into the British consciousness.

We have a contemporary U.S. TV drama that is premised on the blowing up of the entire government assembled at the U.S. Capitol, ABC’s Designated Survivor. This is the story of a similar plot in 17th century Jacobean England.

Like an iceberg, most of what shapes our identity as persons is unconscious. Only about 10% of who we are is shaped by our direct rational control. Most of who we are is shaped by mysterious unknown factors. Social psychologists and sociologist have determined that past historical experiences are one of those determining factors. The academic term for this is habitus, which French sociologist Pierre Bourdieu described as “history swallowed.” We are in effect “yesterday’s man.”

The British proclivity for moderation and for an abhorrence to extremes stems back in part to this foiled plot. Effigies of its leader—Guy Fawkes—are burned every fall (November 5). This is the historic back-story to this annual excuse for drunken revelry.

This is also a passion project of Kit Harington, who is a descendent of Robert Catesby, the leader of the Gunpowder Plot, who he plays in this mini-series. It is a grim story largely filmed in dark shadows. The cinematic chiaroscuro symbolizes the anger of the protagonists as well as the conflicting emotions and ethics that led to the plots failure. The show filmed in a three-part mini-series, allows for a greater exploration of the historical context, but does little to make us care for the characters. One gets the feeling that the American viewer is supposed to carry over from Game of Thrones the emotional resonance associated with Jon Snow to Robert Catesby, both played by Kit Harington. However, there is little in the script that justifies such emotional identification—former noble warrior heartthrob turned fanatic religious terrorist.

Our civil war was over slavery not religion as in England. Our terrorists are generally associated with the Muslim faith not Irish Catholics. It is unsurprising that the writer Ronan Bennett was born in Northern Ireland in 1956. The tensions of religious conflict that plague English history and led to a civil war about forty years after these events, have now given rise to a English habitus of moderation, the via media that goes back to Henry VIII. Historian Ethan Shagan wrote of this in The Rules of Moderation: Violence, Religion, and the Politics of Restraint in Early Modern England. Shagan shows that the alleged virtue of English moderation was actually a mechanism of control. And yet, moderation continues to be valued. It was for some of these deeply seated cultural reasons that Gunpowder was faulted after its British BBC showing for its gratuitous violence. This is no longer a respected or appreciated aspect of the British self-consciousness.

Not so in America where we do extremes and immoderation with aplomb. Are we not the leading practitioners of waterboarding? We hide behind words like “enhanced interrogation,” when we are close to the barbarism of the Jacobean zealots. Are we not those who talk so casually about nuclear first strike possibilities in North Korea? Many claim that greatest expansion of torture techniques in history has occurred in the last 25 years because of the American CIA and military. Moderation, patience, and temperance are not a part of the American habitus. We prefer John Wayne to Neville Chamberlain every time.

We approach a story like the Gunpowder Plot without the deeply felt regionalism between England and Scotland, without the deeply engrained Episcopal middle way, without the memories of youthful celebrations on Guy Fawkes Day—“Remember, remember the fifth of November: gunpowder, treason, and plot.” We lack the cultural context or history.

James I of England was the first Stuart king. His mother, Mary Queen of Scots, was a devout Catholic, married to Francis II a French Catholic king, and later executed by her half-sister Elizabeth I in 1587. James was Scottish, the son of a notorious Catholic and treasonous mother, sexually ambivalent, and involved in a long and costly war with Catholic Spain from which he wished to extricate himself. These events occur two years after his unlikely succession to the English throne. His insecurities were well founded. To compensate for them he accentuated his belief in the “divine right of kings”—a tacit spiritual legitimacy that trumped detractors and marked critics of the monarch heretics.

All of England had been Roman Catholic until Henry VIII left the church in order to divorce his wife a generation earlier. The Protestant Reformation made gains under Elizabeth I, but these gains largely papered over the cracks, which came to a head in the English Civil War. It is in this same historical context that the popular King James Bible was commissioned and written.

American audiences don’t know and certainly don’t feel this history. On the surface, this story will reinforce the modernist notion that all religion fosters extremism and any blending of religion and politics is bad for both. It’s a story that could be championed by the likes of libertarian atheist TV host Bill Maher. It’s binary pitting of Protestants and Catholics has the same either/or framing as Pure Flix’s God is Not Dead series. “If this is religion—i.e., Alabama’s Roy Moore—thank you, I think I’ll walk away.” The only rational sentiment one can have after such a depiction is disgust, distain, and distance. While this depiction of the Gunpowder Plot and the sensibilities of Jacobean England are largely accurate, this framing of religion or reality is no longer dominant in modern America.

While Kit Harington’s depiction of the Guy Fawkes story may reinforce a growing bias against organized religion, particularly among young people, this is not a story consistent with the contemporary social imaginary. Rather than the either/or binaries that pit religious traditions against each other or even religion against atheism, the New Copernican sensibility frames spirituality in a both/and frame. Belief and doubt are fused together and all convictions are held with a growing sense of contestability. Pluralism has done its work and with it a refreshing awareness that I need to hold my beliefs with humility; I don’t know everything, and I could be wrong even in some of my deepest convictions. This doesn’t lead to skepticism or even relativism. It’s not that nothing matters, but that there is more that matters than I presently know. It leads to a kind of humility that avoids the faith-driven terrorism depicted in this story. This is a welcome improvement. Rather than old stories that depict the failed binaries, we need new stories that capture this willingness to learn from all. This is a new journey to which we are all invited.

John Seel is a cultural renewal entrepreneur and social impact consultant. He works with people and projects that promote human flourishing and the common good. His expertise is in the dynamics of cultural change. He was the former director of cultural engagement at the John Templeton Foundation and is the founder of John Seel Consulting LLC. He has a Ph.D. in American Studies from the University of Maryland (College Park), an M.Div. from Covenant Theological Seminary, and a B.A. from Austin College.