Two Icons of Feminism Collide in “The Fight,” a Powerful New Play 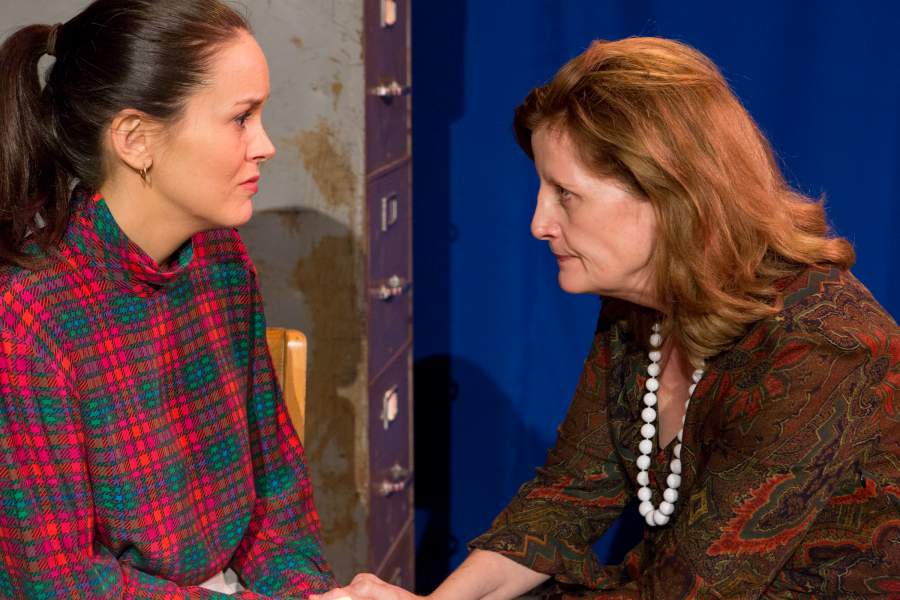 Two Icons of Feminism Collide in “The Fight,” a Powerful New Play

Does being a feminist necessarily mean repudiating men and taking a militant stance towards social issues? Or is true feminism simply the aspiration for equal rights across the board, regardless of sex? Can one be married, a housewife and still a feminist?  SCENES regular Jonathan Leaf’s latest play The Fight examines these and other fascinating questions that accompanied second-wave feminism in the 1960s and 70s. (First-wave feminism in the early twentieth century focused mainly on legal empowerments such as the right to vote.)

Launched by Betty Friedan’s groundbreaking 1964 tome The Feminine Mystique, second wave feminism was in part a reaction to the increasingly narrow roles assigned to American women in society following the Second World War. “Rosie the Riveter” and the women she represented, who had so formidably contributed to the American war effort, were now expected to stay at home and have babies. Naturally, many were bored to tears and sought greater freedoms.

Leaf is a meticulous historian and a quick wit who has built a deserved reputation for writing some of the best historical dramas on the contemporary stage, including Sexual Healing (based on the lives of Masters and Johnson) and The Germans in Paris. The Fight opposes two visions of feminism and pits two characters against each other: Doris Margolies (Judith Hawking), based on Betty Friedan and Phyllis Feinberg (Alys Fleur Dobbins), a stand-in for Gloria Steinem.  Grad student Caitlin Schultz (Laura Bozzone) arrives at Margolies’ house to interview her for her doctoral thesis on second-wave feminism — the first of its kind in history — which she hopes to parlay into a much-needed lucrative book contract as well. So much rides on her getting things right. Can Margolies trust Schultz with key information or is the young scholar already predisposed to believe negative accounts of her? As the play unfolds, we find out that Schultz has already spoken to Feinberg and may be leaning in her favor.

Margolies’ accusations? That Feinberg cheated her out of the Presidency of the National Women’s Political Caucus at its (in)famous 1973 Houston convention. That and the existence of a less-known instance when Feinberg turned her back on a friend who had been raped, because of political expediency and to protect her own career. In short, Margolies considers Feinberg to be a hypocrite who slept with rich men and socialized endlessly for the sole purpose of making her way to the top.

But the animosity goes deeper than that: Feinberg’s vision of feminism itself outrages her. While Margolies married and had three children, Feinberg remained single. Facing Schultz in the second act, Margolies with passion lays out some of the differences between her and Feinberg. We sense that it’s vital to her the truth win out:

As I told you: you have to understand Phyllis first. I said marriage and children weren’t things women had to do, but they were healthy aspirations. Aspirations. Common sense, yes…. Isn’t it?… Then she said: women need men like armadillos needs tap dancing lessons.

When I talked about pride in my children, joy in motherhood, she said abortions can be beautiful…. “Beautiful?”  Really? … Why does she regard this great mystery of our power – to create life – as something small?

The Fight is many things: clever, deft, intelligent and thought-provoking. Hawking is a natural as the brilliant, layered but aggressive and sometimes bullying Margolies. You almost feel as if Friedan herself were on stage. Fleur Dobbins also delivers a strong performance as the ever strategic Feinberg, though her version of Phyllis Feinberg seems too coy—Leaf’s text I think portrays her as more direct and aggressive. The rest of the cast performs with panache as well. Matthew Provenza is consistently dashing and Mark Quiles has perfect pitch, both in multiple roles. Bozzone also plays her role wonderfully, as both ingénue and a clever juggler of egos.

The Fight is being produced by the Storm Theater and opened for a limited run on October 26. It’s an elegant night out both intellectually and emotionally and well worth the trip downtown to hear as essential debate presented with humor and subtlety. Directed with brio by Peter Dobbins, Leaf’s play is a gem.