The Las Vegas Raiders: A Bad Idea Whose Time Is Coming

Home Culture The Las Vegas Raiders: A Bad Idea Whose Time Is Coming 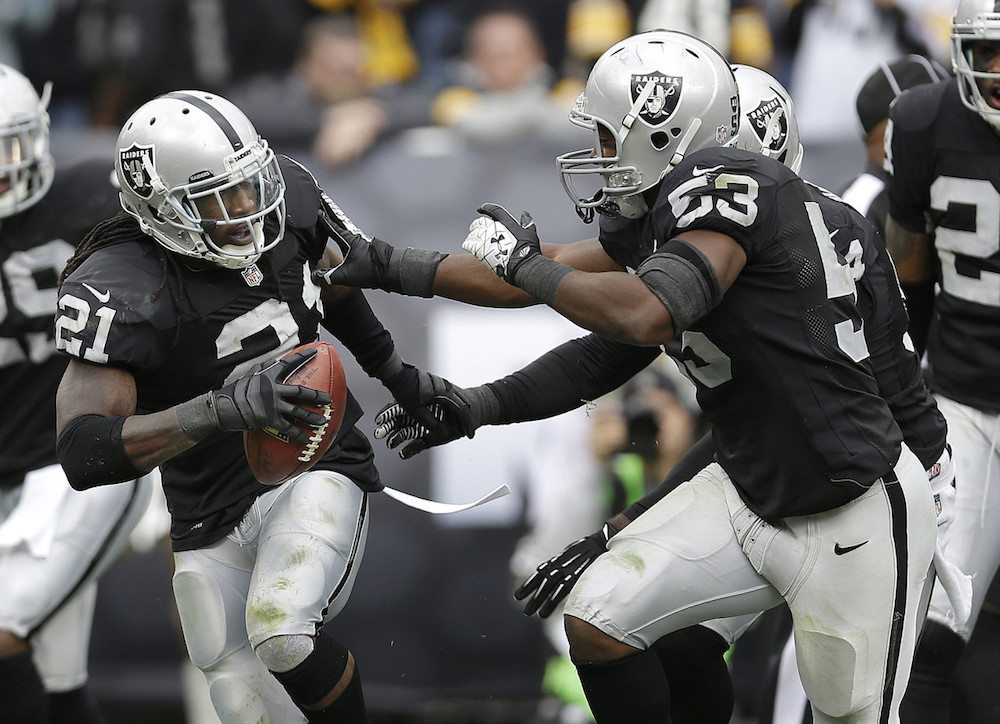 The Las Vegas Raiders: A Bad Idea Whose Time Is Coming

The Oakland Raiders season began with a game against the Tennessee Titans in Nashville. While the Raiders are known for their rowdy, obsessive fans, this may be their last year for them to root for the team in Oakland. For as soon as next year, the Raiders will likely have fled the city for a new home in Las Vegas, Nevada.

That the NFL approved this move should come as a bit of a surprise. For one thing, it will leave the league with only one team — the San Francisco 49ers — in Northern California. That’s the country’s richest and most economically vital region, with more than 15 million people. The Raiders will be departing that wealthy enclave for a city of 583,000 people in a state with just over two million residents. From the point of view of generating TV ratings for the league, it makes little sense.

Motivating the relocation is the team’s desire for a new stadium. The Raiders will be able to play at the University of Nevada-Las Vegas’s field until their new one is completed. Set to be finished by 2020, that new stadium will have an abundance of perks, including plenty of expensive boxes for well-heeled corporate sponsors. Clark County, Nevada will be financing its construction with $750 million in public funds. These will be paid for by a room tax on visitors. It’s a shameless rip-off in which a private corporation will benefit at the expense of regular folks.

But that’s not only reason why it should be regarded as a spectacularly misguided idea.

A much bigger potential problem is the obvious one: the risk of locating a sports franchise in a city with legal sports betting. It’s an open invitation to a gambling scandal involving the fixing of games.

That has been an issue in professional sports for a long time. Likely the most famous such scandal came in 1919 when gangster Nicky Arnstein arranged the outcome of the World Series. Such frauds have been uncovered at regular intervals ever since. Point-shaving scandals affected college basketball in the 1930s and the 1980s. The routine fixing of horse races, dog races, jai alai contests and boxing matches has long been an open secret.  One of the most intriguing gambling scandals of recent years involved NBA referee Tim Donaghy, who was feeding gamblers information on which of his fellow refs would be handling different basketballs games, so the bettors could predict the contests’ total scores. (The information helped the bettors anticipate the number of points scored, rather than the winner.)

Until now, the NFL has been fortunate in that it has been relatively free of these scandals that have plagued other sports.  One of the reasons for that has been its great vigilance. It employs a large team of investigators to look into the activities of its players and owners. And back in the 1960s when it was revealed that star players had bet piddling sums on their own teams, the league responded by banning the players indefinitely as punishment. In addition, the league makes sure to give every team and every player a stern warning each year about the impermissibility of “consorting” with known gamblers.

The widespread assumption has been that since players are now making enormous sums of money that they won’t risk their careers and their reputations by taking pay-offs. This is neither logical nor even relevant.

For one thing, no gambler needs to conspire with a player in order to gain inside information. Team doctors and trainers know a vast amount about the condition of the players and the likelihood that they can and will appear in games. Often, indeed, they know more about this than the players themselves do. And this is true of other team executives and employees, as well. What’s more, referees and umpires are obviously open to bribes. Yet research has shown that people living in cities with gambling casinos are more likely to become compulsive gamblers — and wind up in debt. Does it make sense then to put a team in a city whose main business is betting and whose casinos operate 24 hours per day?

The phenomenon of successful people committing serious crimes because they’ve run up gambling debts is so commonplace that one might argue that it barely merits mention. But it’s worth noting that this is precisely what inspired Donaghy’s crimes, and in the news right now is the case of Craig Carton. Arguably the most popular sports radio personality in the country, Carton was arrested this past week for defrauding investors of over $5,000,000 in order to pay his gambling debts.

Moreover, the league’s support and involvement in Fantasy Football leagues offers new and even easier means by which cheating can be arranged. After all, one can easily profit now not only from a prediction of what team won a game and what the final score was, but which player garnered the best statistics.

Putting players, umpires and league employees in routine contact with gamblers and gambling can’t but lead to scandal. This won’t end well.