Fans Heroically Fight Back against the Militarization of Comics

Home Culture Fans Heroically Fight Back against the Militarization of Comics 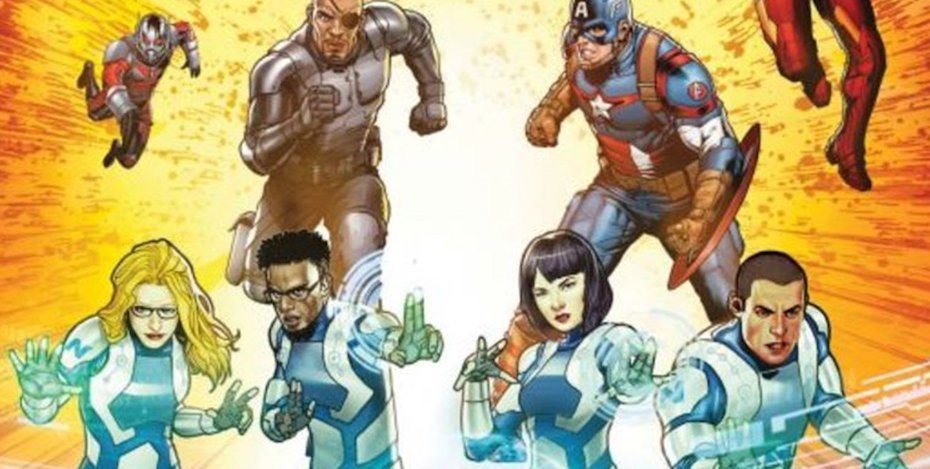 Fans Heroically Fight Back against the Militarization of Comics

Over the weekend, something remarkable happened at, of all places, the New York Comic Con. Fan protests broke out surrounding Marvel Comics’ announcement of a joint venture with U.S. defense contractor Northrop Grumman. In short order, Marvel had scrapped the joint venture entirely.

The plan was an unsubtle attempt to thread the military industry leaders into the Marvel comic book universe—and in a positive light—introducing a Northrop Grumman-armed team working with the iconic Avengers for some sort of joint adventure. Northrop officials said this was intended to emphasize the value of science and aerospace technology for readers.

What it really was, however, is the latest in a long line of attempts to ensure the American military-industrial complex is, everywhere and always, presented in an immutably heroic light in popular culture.

It’s an ongoing campaign that touches all aspects of popular culture whether one is aware of it or not. For sure, professional sports of all kinds in America have enjoyed military and defense industry subsidies for years. This has mostly involved pricey sponsorships nominally presented as advertising or recruitment, but are most obviously displayed in over-the-top fly-overs and pre- or half-time ceremonies and ubiquitous product placement. Fans are so used to seeing displays of loyalty to the armed forces they don’t even realize it’s choreographed, paid-for theater.

But there is another degree of influence here. In the course of buying advertising with a football league, the military and its allies are buying the league’s loyalty, too, and the ability to cultivate the notion that super athletes and battlefield heroes are patriotically interchangeable.

In movies and video games, collusion between creators and the military-industrial complex ensures preferred pro-war, heroic narratives and political outcomes. But at what cost? Movie studios routinely give the Pentagon, NSA, and CIA opportunities to veto aspects of their scripts or demand radical changes to a story to ensure it comes off as sufficiently pro-government or pro-military. Again, this is so common that it doesn’t even register with the public because it would be unimaginable to see a big-budget Hollywood movie that wasn’t government-approved on some level.

This has gone far beyond just military movies, too. The Interview, a 2014 Seth Rogen flick which ends with North Korea’s Kim Jong-un assassinated on-screen in an incredibly bloody fashion, was produced with State Department and CIA input. Reportedly, the driving force for this was Washington defense researcher Bruce Bennett. This is particularly noteworthy because the movie’s plot closely follows Bennett’s ideas for regime change in North Korea, which he has been peddling in the Beltway’s power centers for years.

Comic book readers, it seems, are a bit more savvy than the typical media audience. With superhero storylines increasingly built on moral gray areas and asking tough questions about interventionism, teaming the Avengers with a Northrop Grumman-armed group in a Northrop Grumman-supported and branded publication, clearly, wouldn’t wash. Let’s face it: if Northrop Grumman’s characters and equipment would only be for “good guys,” that would not be a good read for anybody.

Marvel has a history of addressing controversial issues in its storytelling. Iron Man, indeed, owns a major defense company, and the moral quandary of arming the warfare state is a familiar wrinkle. Northrop Grumman, clearly, wouldn’t allow their own branded characters to wrestle with the morality of wiping out populated areas with their warplanes.

Fans realized what a conflict of interest this partnership would be, and in standing up against it, forced Marvel to back down. Like superheroes battling an arch-rival, the battle to keep comics out of this sort of relationship is one they’ll likely have to fight again when the next contractor or service branch comes around.

It’s a positive story for comic book fans and a teachable moment for fans of other pop culture. How much better would television, movies, and video games be if storytellers had the freedom to tell whatever stories they want, without manipulation, subsidy-driven cajoling, or fear that some bureaucrat down the line is going to find something objectionable and force a re-write?

Hollywood has its own myth-makers, and professional sports can produce their own legends.

Giving the military-industrial complex carte blanche to co-opt either of them as a vehicle for their own goals and interests makes for a less interesting culture for everyone.

This column originally appeared at The Foundation For Economic Education and is reprinted by permission.