Trump, the NFL, and Our American Right To Be Wrong

Home Feature Trump, the NFL, and Our American Right To Be Wrong 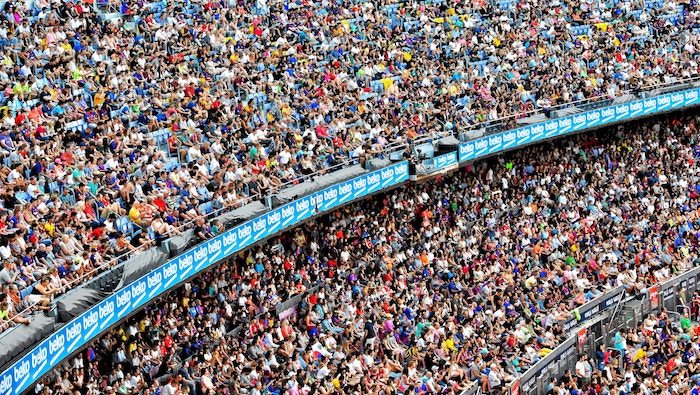 Trump, the NFL, and Our American Right To Be Wrong

Imagine a nation where the Supreme Leader tells the people what they should and should not believe, or talk about, and rebukes them when they do not obey.

Yet despite all of his protestation, the people continue to shout out their opinions publicly in every way possible – even going as far as insulting that leader publicly.

And in response the Supreme Leader continues to issue his orders but cannot stop the people from defying him. And he cannot actually punish them in any substantive way because the law of that nation doesn’t really allow him to take any further action.

What a strange and wonderful place that would be, wouldn’t it?

It is. It’s called the United State of America.

And this whole President Trump versus the NFL thing has really got me thinking about that.

It’s also got me thinking about a whole lot of other times when some citizens disagreed with our President and made their opinions known in far more rambunctious ways than kneeling at a football game. Hundreds of thousands marching on the White House during the Vietnam War come to mind in particular.

We also have a long and messy history of Presidents saying and doing pretty racially and otherwise inflammatory things to the people they officially represent. Things that go way beyond calling them, “S.O.B.s,” as Trump did recently to those who insisted on kneeling for the National Anthem.

Democrat Woodrow Wilson justified segregating the army, proudly stating that “segregation is not a humiliation but a benefit, and ought to be so regarded by you gentlemen.”

Republican Teddy Roosevelt said, “Criminals should be sterilized and feeble-minded persons forbidden to leave offspring behind them.”

And when Democrat President Franklin Delano Roosevelt invited the U.S. Olympic athletes to the White House, he excluded African American superstar Jesse Owens, who had won four gold medals, and had humiliated Adolph Hitler by superbly representing America. “Hitler didn’t snub me,” Owens said when he represented Roosevelt’s opponent in the next election. ”It was our president who snubbed me.”

One could continue that list well into the administrations of Nixon, of Reagan and right on up to the last administration when President Barrack Obama famously insulted those Americans in the Midwest who bitterly “cling to guns or religion.…”

As for the issue of the actual validity of the NFL players’ claims of rampant police brutality on African Americans, that’s a whole other ballgame. Though the numbers don’t seem to support such a claim, at least as it relates to actual police shootings, even one unjust death is too many.

And it is debatable whether a football game is the right place to take such a stand. In fact when Lebron James spoke out against the bellicose words of President Trump deriding the players, James said he would not let President Trump use sports to divide us. Well isn’t that what NFL players are actually doing – dividing us with their protest? Of course the same argument could be made about Trump’s visceral, guttural and antagonistic response.

As for the origins of the protest, I am not completely convinced of former ‘49s quarterback Colin Kaepernick’s authenticity – from whence this all came. My years as an entertainment reporter taught me that often when a star fails at what they do, they use the public soapbox to shift the focus of media attention away from their own shortcomings.

Conversely, the same argument could probably be made about the president taking up the whole matter amidst his own policy and legislative challenges.

But it is clearly both Trump and the NFL players’ prerogative. And everybody else in America has the right to have an opinion and voice it as well. That is what makes this nation so great – a cacophony of ideas and opinions. And as chaotic as may seem, somehow all those voices wind up combining into a chorus of freedom, of ingenuity, of growth and evolution that eventually leads the nation and the world to a better place.

All that being said, if you are like myself and probably a whole lot of other people in this nation, you might believe we have more important thoughts to add to that cacophony.

Like how to fix the healthcare system; or reduce the number of people suffering from addictions; ideas on promoting and capitalizing on the U.S. energy boom by maximizing production with a plan to create a long-term energy plan; or empowering our young people to continue to be innovators for the future.

And finally maybe we could start a real conversation about healing racial divides by helping Americans of every race to find better jobs, better lives, and better ways to come together instead of dividing us along social, economic, racial and religious lines for monetary and political gain.

Hopefully, I just did.