What Skateboarders Can Teach Us about Education

Home Culture What Skateboarders Can Teach Us about Education 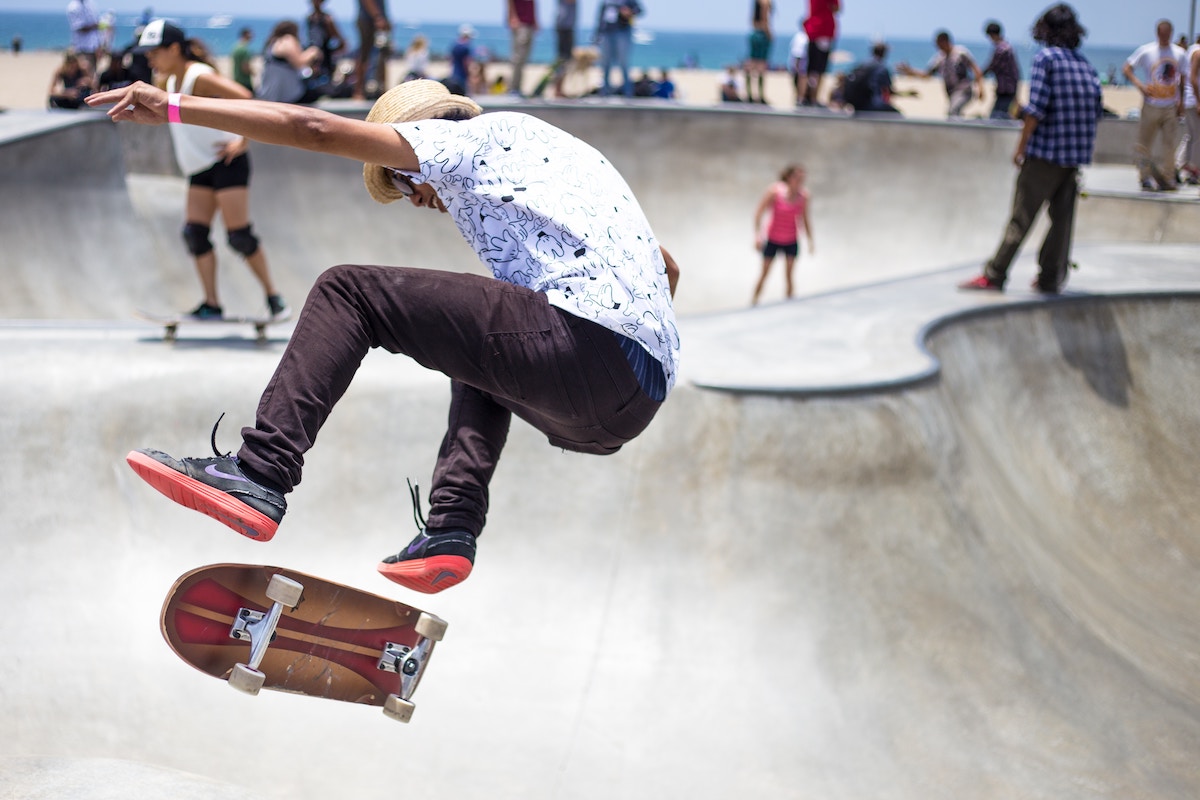 What Skateboarders Can Teach Us about Education

New technology, in the form of VHS videos and VCRs, enabled skilled skateboarders to create and distribute instructional videos that were gobbled up by eager learners. Skateboarding was transformed.

In his Forbes article earlier this year about the 1980s skateboarding phenomenon, contributor John Greathouse quotes legendary skateboarder, Stacy Peralta, who created one of the first skateboarding videos in 1984. Peralta says:

The article also explains how the effects of the new technology influenced even those skateboarders who did not watch the videos. Skateboarders observed their friends and others experimenting with new tricks and techniques, prompting them to practice and enhance their own skills.

Now, with YouTube and other real-time sources of information and instruction, self-education in skateboarding – and almost anything – has never been easier or more accessible.

My eight-year-old son is among the modern skateboarders who have learned through current technology, along with the time-honored traditions of observation and trial-and-error. He discovered his interest in skateboarding last spring, casually observing various skateboarders along our city streets, and wanted to know and do more.

Neither my husband nor I know anything about skateboarding, but as parents who value self-directed education for our family, we helped connect our son to various resources to nurture his growing passion. We took him to the library so he could gather books about skateboarding. We encouraged him to search on YouTube for an assortment of skateboarding how-to videos. We took him to the new skate park in Boston and talked with other skaters about local resources. We found a local skate shop, run by a young man who started skateboarding when he was my son’s age and who now acts as a treasured mentor for our boy. We watched a TED talk together by a famous skateboarder. We bought him a helmet.

Through this process of recognizing his interest, and helping him to gather more information and resources, both his enjoyment of and skill in skateboarding have soared. One thing is very clear, though: while we may facilitate his efforts, his learning is entirely self-directed.

He reads skateboarding books and articles, watches YouTube videos about skateboarding, and talks to and carefully observes other skaters at the skate park. Then, he has the freedom and time to practice and perfect. Now, he is helping other kids with their tricks and tactics.

The skateboarding story of the mid-1980s through today reveals the incredible power of technology and community to support and encourage self-directed education for children and adults. Active, collaborative, voluntary models of learning are challenging the passive, top-down, coercive models of education.

Technology makes access to knowledge and information easier and more widely accessible than ever before, reminding us of our innate human capacity for self-education. We can learn without being taught. We can be educated without being schooled.

School makes alienation preparatory to life, thus depriving education of reality and work of creativity. School prepares for the institutionalization of life by teaching the need to be taught.”

We can unlearn this need to be taught and reconnect with our powerful autodidactic instincts. We can take control of our own education, our own learning. And, perhaps more importantly, we can help our children do the same.