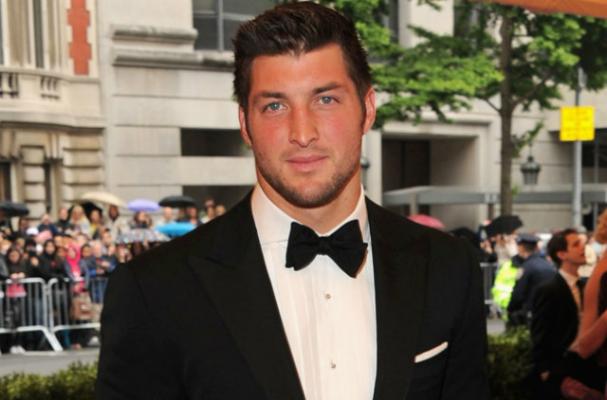 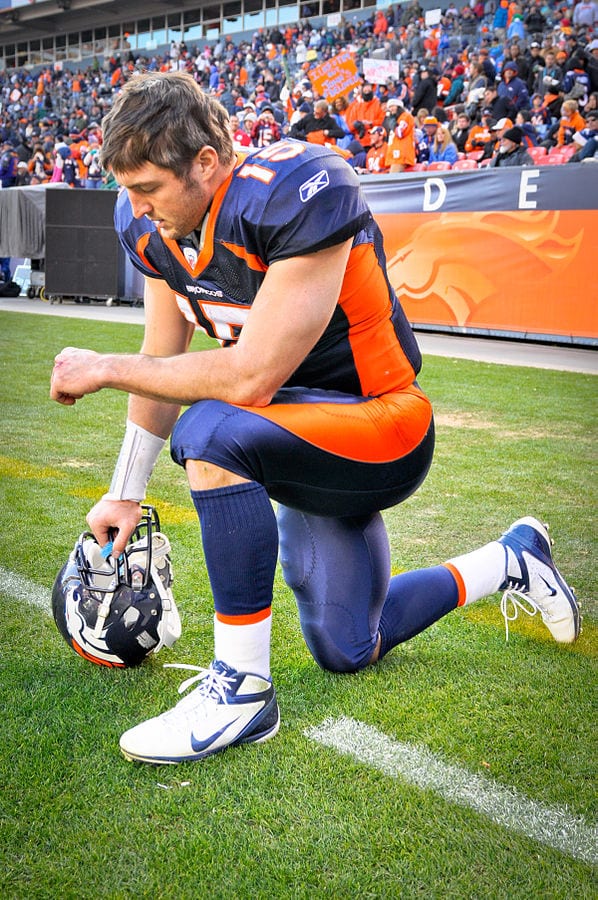 Tim Tebow hasn’t played a down of football in six years, yet somehow the Heisman Trophy winner and former NFL quarterback remains one of the most recognized and transcendent sports figures. These days he’s making an impact on multiple fronts within entertainment and multi-media: as a college football analyst for ESPN, as a minor league baseball prospect in the New York Mets organization, as the head of the Tim Tebow Foundation, as a best-selling author, as a motivational speaker, and as a burgeoning filmmaker.

At the core of everything he does, however, is a belief that serving others is the most important thing anyone can do with their life.

“I grew up seeing how my parents have given of their time, life and money to serve others around them,” Tebow explains. “So for me, the most important thing is putting others’ needs in front of yourself and doing what you can to take care of other people before you focus on your own wants and needs.”

In today’s self-centered culture, that is certainly a novel idea yet one that Tebow believes is making a comeback. But from his perspective as the youngest kid in a family with missionaries leading the charge, the concept of servant leadership has been at the forefront of his life from the very beginning–and the key to his incredible success.

“I like to think that I’ve been able to use many of the valuable lessons which my parents have taught me,” Tebow says. “I’ve been fortunate to have family members, coaches and teammates around who help me stay focused on the right things for me to be successful. Seeing how my parents have raised us and provided everything we can possibly need is a comforting feeling. I have been so blessed to have an amazing support group and knowing how passionate they are about God and their children has inspired me.”

More specifically, Tebow’s experience in the Philippines where he was born while his parents were serving as missionaries laid a foundation that has remained firm despite many chances to let fame and fortune steer him away from his core values. 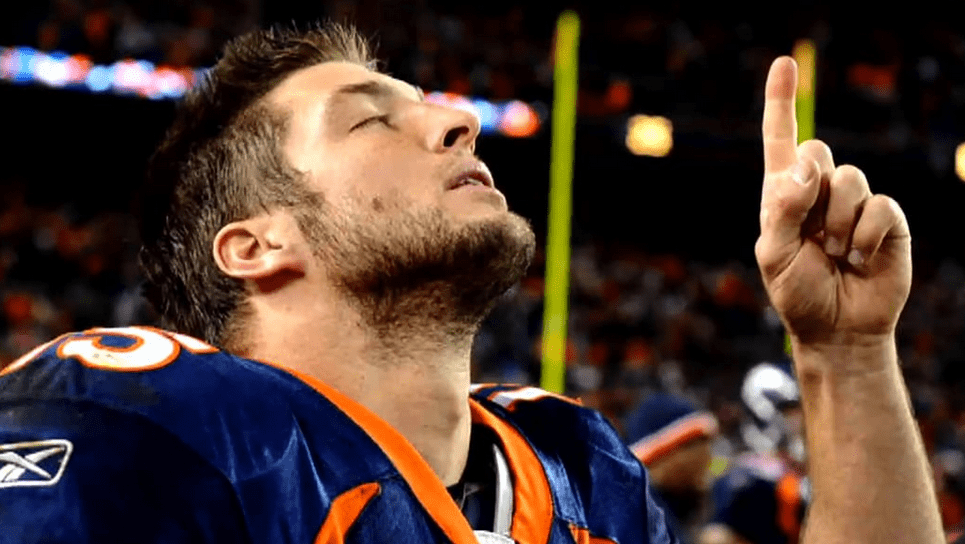 “Taking several trips to the Philippines was a positive experience for me,” Tebow says. “Meeting all of those different people who have nothing and are poor gave me an appreciation for what me and my family have. It provided me with the perspective of taking nothing for granted. It also allowed me to see the effect that I could have on those people. For some, the belief in Christ is all that they have and is much more important than money or material possessions.”

While still playing football the University of Florida, Tebow had one of his most unique serving opportunities—a moment in time that impacted him for years to come.

“I had the opportunity to speak at the state prison in Union County,” he recalls. “I got to get up and preach. The people there didn’t have a lot to look forward to or a positive outlook on things. I told them everyone looks at you like you are nothing and I told them that they are no different than I am except they made a bad choice and that doesn’t make them any worse of a person and God doesn’t love them any less. I let them know because of their actions there are consequences, but God wants them to go to heaven. There were people in there for all sorts of things like murder, homicide and drug lords. I saw these guys break down and cry. I gave them an invitation to accept Jesus Christ and change the way they were living. In the two prisons I spoke at, 195 guys came forward. I held their hands and prayed with them. The security guys told them they weren’t allowed to get close to me, but I wasn’t worried about it. I felt like I was doing what God wanted me to do so it was safe.”

Even though Tebow’s football career is over, he remains busier than ever with his baseball pursuits during the spring and summer, his college football work with ESPN during the fall and early winter, and his year-round involvement with the Tim Tebow Foundation, which supports orphanages in the Philippines and hosts “A Night To Shine” events for the special needs community all across the country. He even ventured into the world of entertainment this year as an executive producer of the forthcoming feature film “Run The Race.”

Whether he is speaking to aspiring athletes, corporate events, or church congregations, or reaching the masses through his best-selling books (“Through My Eyes,” “Know Who You Are,” “Shaken,” and “This Is The Day”), his message remains the same.

“I’m no different than anyone else in the room, despite what people may think because I’m an athlete,” Tebow says. “It’s important for each person to sit down and be honest about making priorities and be true to themselves.”