Forget the Paris Accords: Climate is Socially Constructed, Like Sex 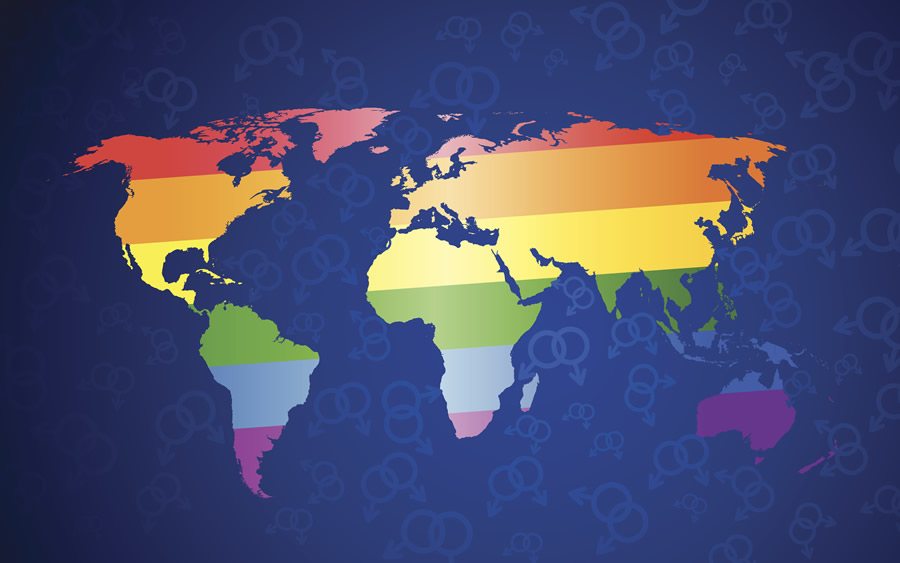 Forget the Paris Accords: Climate is Socially Constructed, Like Sex

The weeping and gnashing of teeth over President Trump’s decision to pull out of the Paris Climate accords was deafening. I could barely hear my beagles baying at terrified skateboarders they were chasing down Commerce Street. Amidst the din, we did learn something. For instance, that Trump had rejected nothing less than “the future.” This from the Nobel Prize-winning former President Barack Obama, who really is, in Joe Biden’s words, “articulate and bright and clean and a nice-looking guy.” You can’t take that away from him.

All the usual suspects are howling that Trump has chosen “corporate greed” and “profits” over “the planet,” “mother Earth,” and the hopes and dreams of our grandchildren. I fully expect Kathy Griffin to join Katy Perry for a round-the-world climate awareness/cannibalism fetish tour, on Elon Musk’s private jet. Don’t worry, they’ll pay for it by purchasing indulgences. That is, carbon credits. Lucky for them, Al Gore just responded to Trump’s decision by announcing a clearance sale.

I’m genuinely puzzled over why progressives find Trump’s decision so frightening. Are they still trapped in the barren, patriarchal paradigm of scientific “objectivity”? Still mired in biological determinism? If so, climate science is the only field where they feel so constrained. Let me invite them to free their minds. It’s time to break loose from the dictates of a male-dominated field that is led by privileged, highly educated, cis-gendered whites. Feminism, queer theory and transgenderism point the way.

We have already learned from these pioneering intellectual movements a long list of surprising and hopeful facts:

Now I’ve been out ahead of all this. Ten years ago, in a college guide I edited, I responded to the first transgender dorm demands at the University of Chicago. I called for facilities honoring the preferences of transspecies students. For instance, if any student identified as a lion, I called on the university to build him a suitable habitat. There he could live naked and subsist on raw wildebeest. They didn’t listen. I hope they’ll listen now.

How Hot Does the Climate Identify as Being?

If transgender theory can set us free from all those arbitrary categories, why can’t it save the climate? The gross raw material of biological sex gives way to the wishes of individuals. Bruce Jenner was already female even before the surgeon was finished with him. Likewise, the global temperature can be whatever we want it to be. If we decide as a global community to identify as a planet with a lower temperature, who can judge us? What privileged male in a starched lab coat dares tell us that the average earth temperature isn’t 57 degrees Fahrenheit, or even 72 degrees everywhere, if that’s what we want it to be? Why can’t we, like Spinal Tap, produce an amplifier that goes to 11?

The societal consensus of educated opinion has already freed us from biology. Shouldn’t climatology be next?

Transclimatism Is the New Frontier of Sexual Freedom

Now I know there will be skeptics. Hidebound traditionalists and fundamentalists are always trying to lock us in a straight jacket. Some will say that the rest of the planet won’t recognize our decision, that animals and plants will react not to the real temperature (the one we’ve decided on, democratically). No they’ll doggedly go on responding to the phony, “objective” warmth or coolness they feel around them.

Saying that, of course, is just buying in to climate determinism. It’s like insisting that “maleness” is linked to penises. And that’s already illegal in New York City. Do you want our climate policy to be guided by hate criminals? I didn’t think so. That kind of cis-thermalism has no place in a free society.

It may be that the earth in fact does keep on warming, in some trivial “external” sense. In that case, we are not left powerless victims. The transgender movement has made enormous advances in helping reshape the stubborn flesh to match the psychological truth of gender identity.

We can do the same with the planet. There are vastly promising areas of geoengineering that science has left untried. Options range from enormous shade pods floating in orbit to reduce the amount of sunlight that hits the earth, to seeding the upper atmosphere with reflective dust, to reflect our real, identified climate.

If we can use the best in medical science to help transgender people’s bodies match their authentic gender identity, why not do the same for the earth? “Nature” is what we say it is. That’s true for human ecology, so why not for the planet?